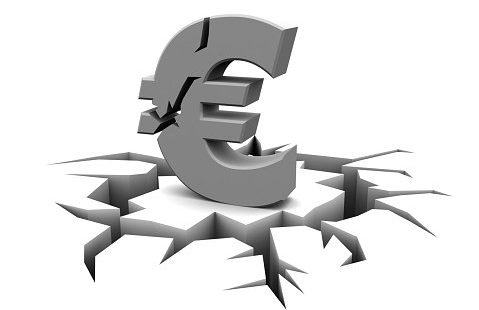 Economic data released today are largely ignored so far. Euro’s weakness continues despite stronger than expected inflation reading. Swiss Franc and Sterling are also softening slightly. Dollar, on the other hand, struggles to extend gain after much stronger than expected ADP employment. New Zealand Dollar continues to trade as the strongest one, taking the Aussie slightly higher. Yen is mixed while stock markets lack a clear direction for the day.

“The labor market continues its slow recovery amid COVID-19 headwinds,” said Ahu Yildirmaz, vice president and co-head of the ADP Research Institute. “Although job losses were previously concentrated among small and midsized businesses, we are now seeing signs of the prolonged impact of the pandemic on large companies as well.”

PPI came in at 0.8% mom, -1.1% yoy in December, versus expectation of 0.7% mom, -1.3% yoy. Industrial producer prices in the Eurozone in December 2020, compared with November 2020, increased by 2.2% in the energy sector, by 0.4% for intermediate goods and by 0.1% for capital goods and for durable consumer goods, while prices remained stable for non-durable consumer goods. Prices in total industry excluding energy increased by 0.3%.

Chris Williamson, Chief Business Economist at IHS Markit said: “The eurozone economy endured a predictably tough start to 2021… especially in the service sector…. A contraction of GDP therefore looks likely in the first quarter, though on current trends this should be modest in comparison to the falls seen in the first half of 2020.

“However, with virus containment measures likely to constrain euro area economies in the coming months, and potentially well into the second quarter given the slow vaccine roll-out, the focus will be on the need to sustain supportive fiscal and monetary policymaking for some time to come, notably to prevent further intensifying job losses in the hardest hit sectors, such as hospitality, tourism, travel and retail.

Tim Moore, Economics Director at IHS Markit: “While the UK economy is on course to contract sharply during the first quarter of 2021, businesses remain confident that pent up demand and an easing of pandemic restrictions will provide a springboard to recovery later this year.

“Positive news on the UK vaccine rollout pushed up business optimism to its strongest since May 2014 and this improvement contrasted with a decline in confidence reported by service providers in the euro area during January.”

Labor costs index rose 1.6% yoy, slowed from Q3’s 1.9% yoy. “In the LCI, we can see that annual wage inflation is slowing as fewer employees have received wage increases,” StatsNZ business prices delivery manager Bryan Downes said. “Over the past year, more than half of the positions surveyed received no wage increase.”

RBA Lowe: Very significant monetary support to be maintained for some time to come

In a speech, RBA Governor Philip Lowe said “very significant monetary support will need to be maintained for some time to come”. And, “it is going to be some years before the goals for inflation and unemployment are achieved.” It is “premature” to be considering withdrawal of monetary stimulus.

As other central banks have recently announced extensions of their bond purchases, if RBA were to cease bond purchases in April, “it is likely that there would be unwelcome upward pressure on the exchange rate.” The decision to purchase an additional AUD 100B of bonds beyond April, as announced yesterday, would also “ensure a continuation of the RBA’s monetary support for the Australian economy.”

Lowe also reiterated that RBA doesn’t expect to raise interest rate before 2024, an “it is possible that it will be later than this.” “So the message is: interest rates are going to be low for quite a while yet. The Reserve Bank is committed to provide the support the economy needs as its recovers from the pandemic.”

Release from Australia, AiG Performance of Construction rose to 57.6 in December, up from 55.3. Building permits jumped 10.9% mom, above expectation of 2.5% mom.

In a speech, BoJ Deputy Governor Masazumi Wakatabe said “downward pressure” on the economy from the resurgence of COVID-19 is “likely to remain strong for the time being”. But the economy thereafter “will follow an improving trend, albeit only moderately”. The economy would be “supported by a recovery in external demand, accommodative financial conditions, and the government’s economic measures.” Risks are “skewed to the downside” though, and BoJ will “continue to examine developments in domestic and overseas economies carefully.”

Wakatabe added that the “the price stability target of 2 percent and the framework of “QQE with Yield Curve Control” have been working well to date”. There is “no need to change them”. The upcoming policy assessment will be conducted “on the manner of operations and various measures such as asset purchases.”

“In conducting the upcoming assessment, I would like to emphasize that the Bank does not intend to tighten monetary easing,” he added. “It also does not aim at only containing costs of policy measures. Rather, the Bank will consider how to be nimble in conducting effective monetary easing while taking care of costs.”

China Caixin PMI Services dropped to 52.0 in January, down from 56.3, missed expectation of 55.5. Markit noted that business activity expanded only modestly amid weaker up turn in sales. Staffing levels increased at slower rate. Input costs inflation accelerated to second-sharpest since early-2012. PMI Composite dropped to 52.2, down from 55.8.

Wang Zhe, Senior Economist at Caixin Insight Group said: “Overall, the manufacturing and services industries continued to recover in January, but the momentum of both supply and demand weakened, dragged by subdued overseas demand. The employment market was under pressure, especially in manufacturing. In addition, we should be careful about rising inflationary pressure in the coming months. This year, we need to keep an eye on the effectiveness of domestic epidemic prevention, and look at how to add momentum to the Chinese economy as uncertainties about overseas demand continue.

EUR/JPY’s break of 126.26 minor support suggests that consolidation from 127.48 has started the third leg already. Intraday bias is back on the downside for 125.07 support. We’d expect some strong support from there to contain downside to bring rebound. On the upside, decisive break of 127.48 high will resume larger rise from 114.42, to 128.67 fibonacci level. 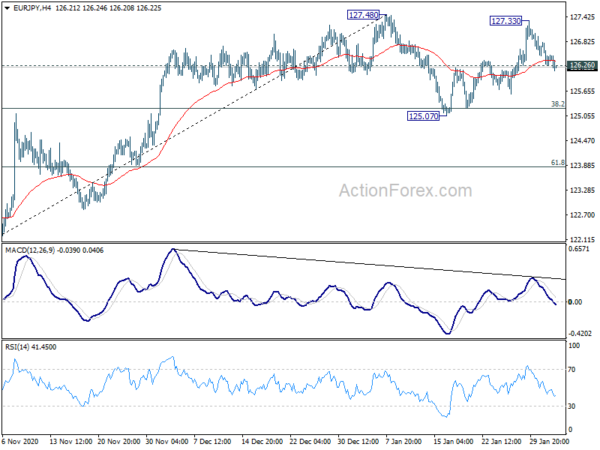 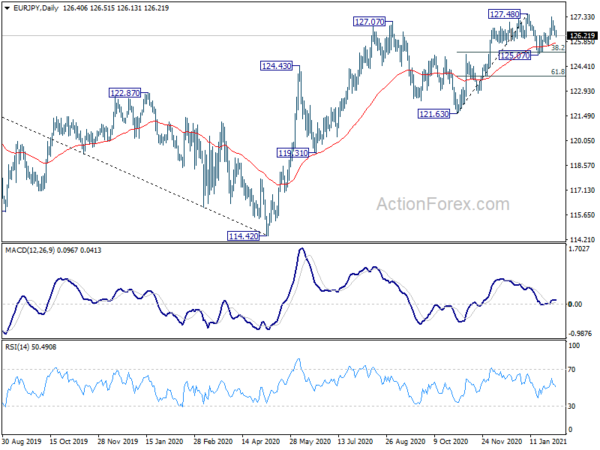 COTI has Added Apple Pay to its Payment Methods By CoinQuora