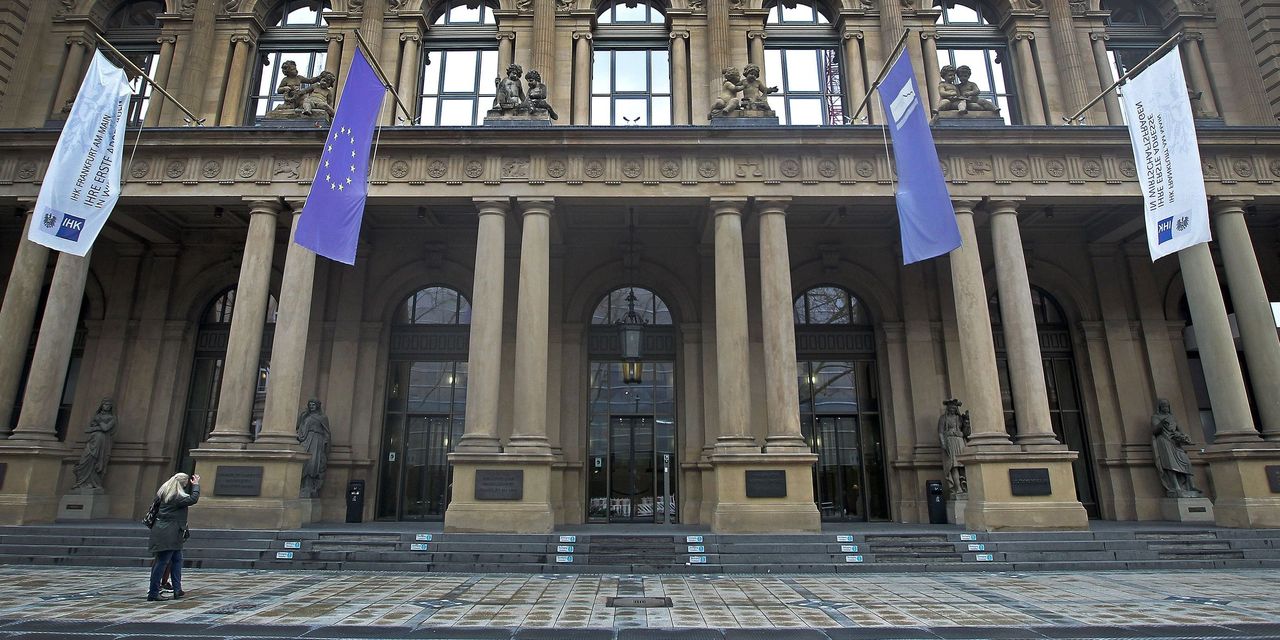 European stocks climbed higher on Tuesday after opening in the red, as investor concerns persist over the volatility in technology stocks against the backdrop of rising bond yields.

Both the pan-European Stoxx 600
SXXP,

in Paris rose around 0.1% and Frankfurt’s DAX
DAX,

were pointing up more than 200 points, set for a strong open to continue the Dow’s
DJIA,

march higher after the index closed at a record high of 31,802 on Monday.

Major European markets opened lower across the continent but reversed course in early Tuesday trading to push into the green. Germany’s DAX continued into record high territory for the second straight day.

“As European markets opened lower this morning, it’s been a more subdued start to proceedings, after another record-breaking session for the DAX yesterday, and a new record high for the Dow,” said Michael Hewson, an analyst at CMC Markets.

“Even though we’ve edged back into positive territory, it is becoming increasingly difficult to interpret what effect the continued volatility in tech stocks could have on wider sentiment after the Nasdaq’s big falls yesterday,” Hewson added.

tumbled a further 2.4% in Monday trading, with the index now down more than 10% since highs in mid-February. The fall in tech stocks has come amid rising bond yields. Nasdaq futures
NQ00,

were pointing up around 2% on Tuesday.

Chinese state funds have stepped in to buy stocks amid a worsening bear market, according to a report from Bloomberg. The Shanghai Composite Index
SHCOMP,

ended the day 1.82% lower and is down more than 9% since highs in late February.

But metals and mining stocks represent the other side of the commodities seesaw. Industrial metals in particular have fallen, with copper
HG00,

down more than 1% and iron ore futures for April
TIOJ21,

down near 6%. Shares in London-listed Rio Tinto
RIO,
,
BHP
BHP,
,
Anglo American
AAL,
,
Antofagasta
ANTO,
,
and Glencore
GLEN,
,
which are all major miners of copper or iron, were among the largest fallers in London trading.

surge. The company is a major gold miner and the world’s largest silver miner.

DAX-listed Continental
CON,
,
a major automotive parts manufacturer, was a major faller in German trading following the release of full-year results. The shares were more than 5% lower, after the company said sales fell from €44.5 billion in 2019 to €37.7 billion in 2020.

opened near 7% lower, settling down 2%, after full-year results partially missed expectations. Group revenues fell 16% across 2020 while operating profit slumped more than 33% amid production disruptions due to the COVID-19 pandemic and a decline in advertising business.