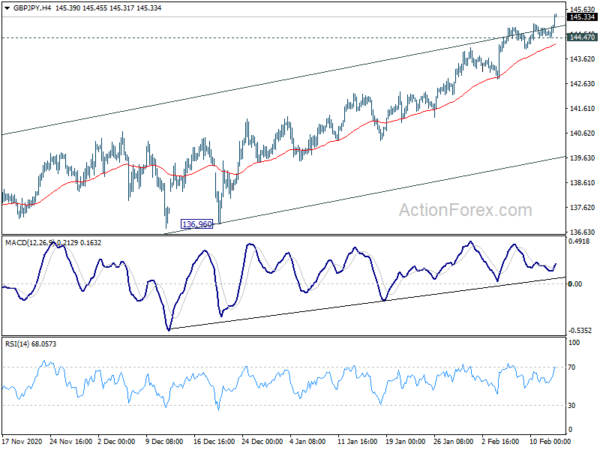 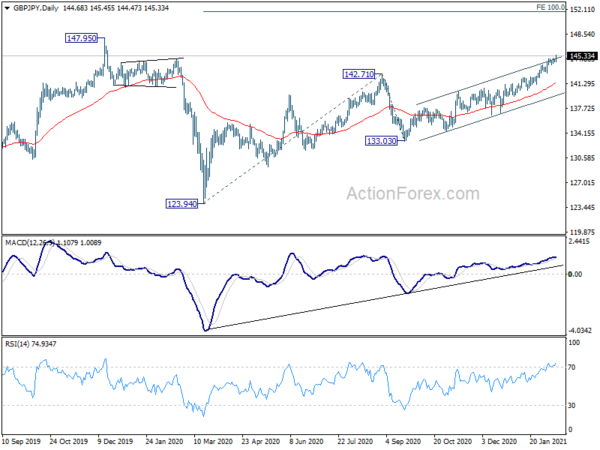 In the longer term picture, price actions from 122.75 (2016 low) is still seen as a sideway pattern for now. Sustained break of 55 month EMA (now at 143.73) will carry long term bullish implications. But still, firm break of 156.59 resistance is needed to confirm the start of an up trend. Otherwise, overall outlook will be neutral at best first. 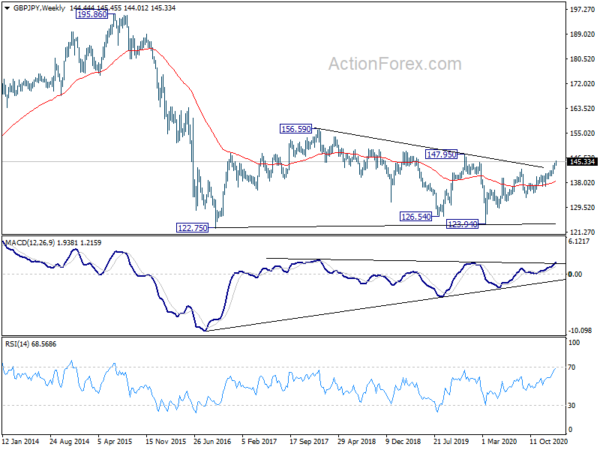 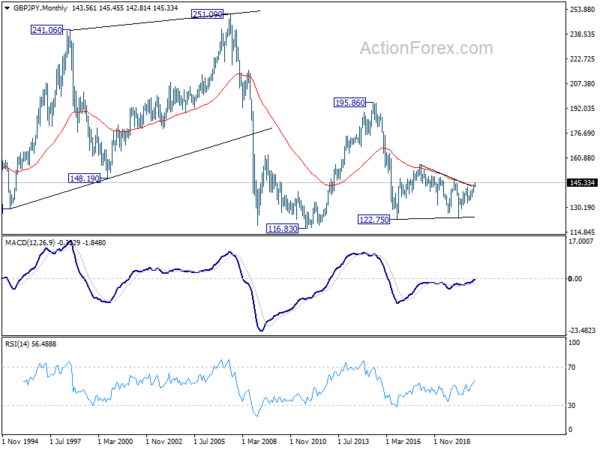