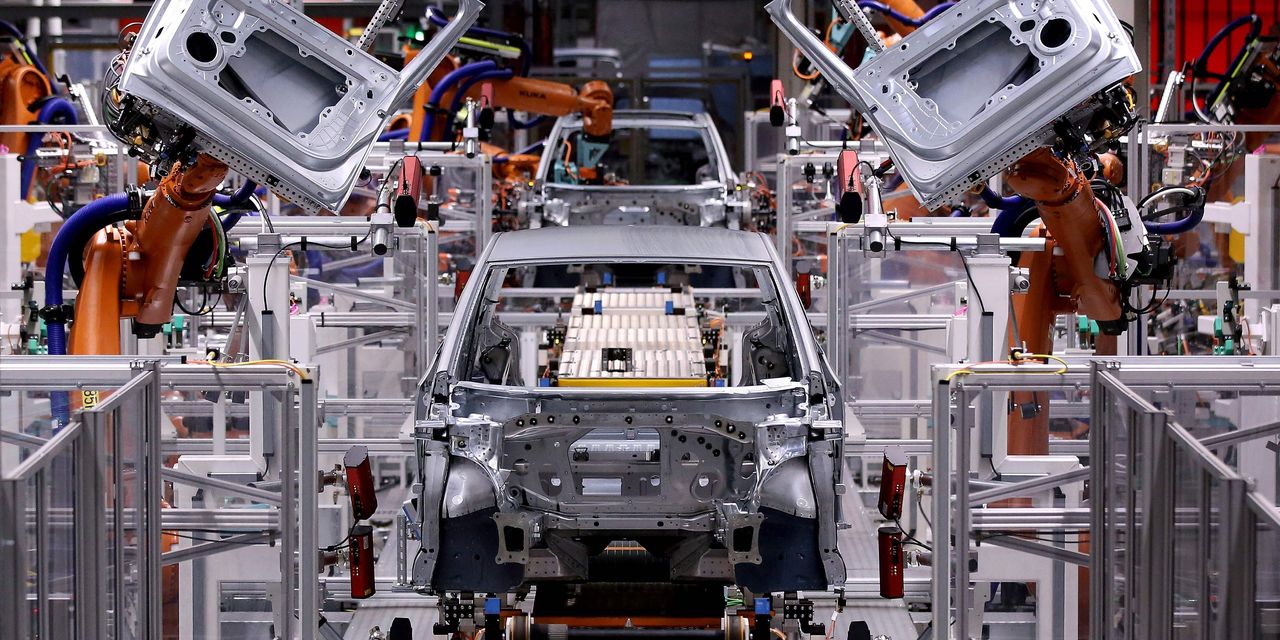 German stocks got off to a lackluster start on Tuesday, opening in the red and falling behind other major European equity indexes, after data showed that industrial production fell unexpectedly in April.

German industrial production, measuring total industrial output from manufacturing, energy, and construction, decreased 1% in April from March, the country’s Federal Statistics Office said on Tuesday. The figures missed expectations for an increase of 0.4%.

While industrial production in Europe’s largest economy fell short of economists’ projections, it represented a 26.4% rise from a year earlier. The statistics office also revised downward the same industrial figures from March from a month-on-month increase of 2.2%, down from the earlier reported 2.5% rise.

More broadly, analysts pointed to an unchanged macro picture, with concerns around inflation and the global backdrop of COVID-19 infections — as well as the easing of restrictions in many developed economies — staying in focus.

“Investors’ main concern appears to be over short-term inflation risk and whether rising prices are likely to be transitory in nature, with the main focus on this week’s U.S. CPI [consumer-price index] data for May,” said Michael Hewson, an analyst at CMC Markets.

Hewson noted that European investors’ focus on Thursday was on the German industrial data, as well as the German economic research institute ZEW’s June survey of investor expectations.

global wealth management division, said that while the bank remains alert to inflation risks, “we believe the backdrop remains benign for stocks — with benefits most obvious for cyclical parts of the market, including energy and financials. We recently raised the highly cyclical Japanese market to most preferred in our global strategy.”

Plus: The ECB decision is coming. Here’s what analysts expect.

ticked up near 0.5%, after the group said it made 50 deliveries in May, up 11% month-over-month. Analysts at Swiss bank UBS said it was a “modest pickup.”

stock lifted near 1.5%, after the Big Tobacco group upgraded its full-year forecast for revenue growth at constant currencies to above 5%, from a previously guided 3% to 5% range.

Shares in Aviva
AV,
,
a FTSE 100-constituent, rose 3.5%, as Cevian Capital said the group should return £5 billion ($7.1 billion) to shareholders. The Swedish activist investor announced on Tuesday that it had built a near 5% stake in the insurance giant.

The price of oil was down slightly, with benchmark Brent crude futures having fallen around 0.75% to below $71 a barrel. The European-listed major oil companies fell in tandem, with shares in BP
BP,
,
Royal Dutch Shell
RDSA,
,
Eni
ENI,
,
and Total
TOT,