Gold climbs back above $1,800, on track to settle at highest in over a week 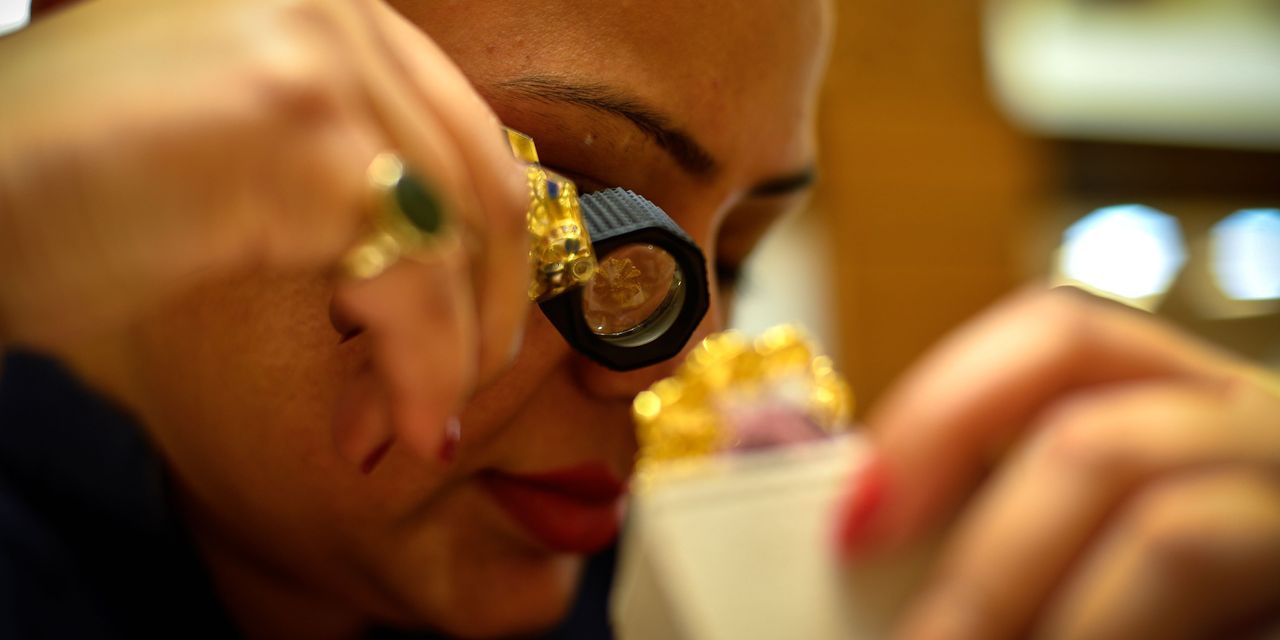 Gold futures climb back above the key $1,800-an-ounce mark on Monday, as inflation concerns help put prices on track to settle at their highest in over a week.

Gold has rebounded from recent declines “as the rising inflation worries overweighed the rocketing treasury yields — hence the opportunity cost of holding gold,” said Ipek Oykardeskaya, senior analyst at Swissquote, in emailed commentary. “There is a rising conviction that gold could soon be needed as a hedge against an eventual overshoot in inflation and it’s worth paying a higher price to have a solid insurance in hand.”

A weaker dollar and flattening yield curves have nudged gold back above $1,800, “with inflation reportedly again coming into calculations, despite the fact that high unemployment undermines the potential for a consumer-led inflationary push,” said Rhona O’Connell, head of market analysis, EMEA and Asia regions at StoneX.

was yielding 1.34% in Monday dealings, pulling back after touching the highest in a year near 1.40%. A rise in yields compared against the past couple of weeks has weighed on equities, with the Dow Jones Industrial Average
DJIA,

pressured by the prospect of higher borrowing costs emerging from the COVID-19 pandemic.

Overall, bond yields have primarily been boosted by expectations that aggressive rounds of fiscal spending on top of extraordinary loose monetary policy by the Federal Reserve will stoke at least near-term inflationary pressures.

However, loose monetary policy, along with so much capital looking for a home, “remains a key tailwind behind gold,” O’Connell said in daily commentary.

“The inflationary argument is more appropriate when taken in the context of negative real interest rates,” she said. “The fact that some elements in the press are talking of tapering, and that one or two members of the FOMC are proponents of it sooner rather than later, is putting a spotlight” on Federal Reserve Chairman Jerome Powell’s Congressional testimony on Tuesday and Wednesday, though he is most likely to continue to “espouse his ‘lower for [much] longer’ where interest rates are concerned.”

“The latest line from Fed officials is that rates will stay where they are at least until 2023 and that the asset purchase programme will continue until the economy is showing that it has made “substantial further progress” said O’Connell.

climbed by 1.2% to $4.123 a pound. Copper futures gained nearly 7.6% last week “with the upside move accelerating into the weekend as traders bet on sustainably strong demand given the global economic
recovery underway,” analysts at Sevens Report Research wrote in a Monday newsletter.

Read: Copper prices top $4 a pound for the first time in 9 years