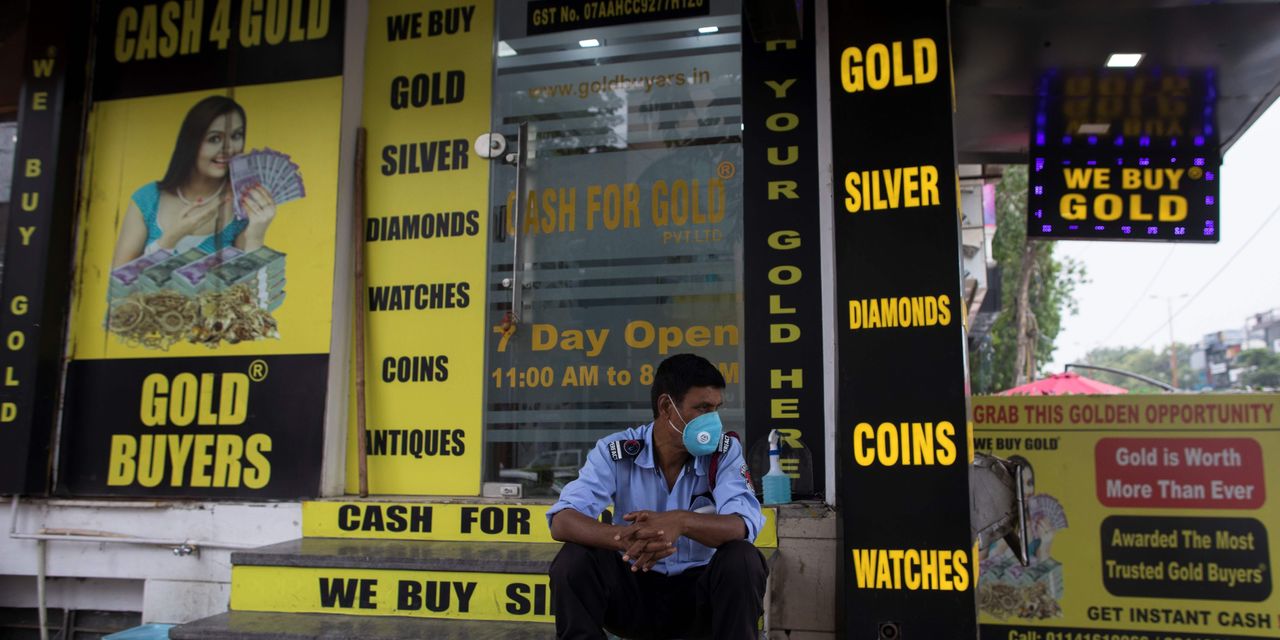 Gold tallied a third gain in a row, with prices for the haven metal edging higher on Monday following some fresh economic restrictions amid efforts to reduce the spread of COVID-19, as well as data showing a slowdown in New York factory activity.

Prices were up “ in the wake of news of fresh activity restrictions in portions of Europe and in the U.S. states of Michigan and Washington,” analysts at Zaner Metals wrote in a daily note.

A decline in November factory activity in New York also contributed to gold’s climb. The New York Fed’s Empire State business conditions index fell 4.2 points to 6.3 in November, the regional Fed bank said Monday. Economists had expected a reading of 13.5, according to a survey by Econoday.

Gold had been under pressure early Monday after Moderna
MRNA,

announced early Monday that its two-shot vaccine candidate so far in late-stage studies has proven to be 94.5% at cutting the rate of infection of the disease caused by the novel strain of coronavirus, SARS-COV-2.

The report comes a week after Pfizer
PFE,

announced an experimental vaccine against COVID-19 that was at least 90% effective in Phase 3 studies, with the hopes of further progress on therapies and cures for the deadly disease somewhat muting the resurgence of the spread of the infection across the globe.

“Investors are focused on COVID-19 and whether or not continued favorable news on a viable vaccine would cause stocks to rise, pulling money out of gold,” Adam Koos, president of Libertas Wealth Management Group, told MarketWatch.

Gold prices on Monday had also been under some pressure on the back of news that the Asia Pacific region, including South Korea, China and Japan, had signed the world’s largest free-trade agreement.

However investors are also taking into account the “well over $27 trillion in government debt, a 128% debt-to-GDP ratio” and expectations there is “more COVID-spending on its way over the course of the next few months,” he said. “U.S. debt is one ‘balance transfer’ away from lighting the wick of inflation, which would put a bid in gold prices.”

Overall, bullion has been bolstered during the COVID-19 crisis because investors have flocked to the perceived safety of such assets. Gold also is historically seen as a hedge against central bank and governmental spending efforts to prevent major economic damage from the viral outbreak.

The vaccine news, meanwhile, is very bearish for the dollar “as it changes the macroeconomic backdrop for the rest of the world,” said Edward Moya, senior market analyst at Oanda, in a market update. “ The dollar will surely become a funding currency at some point in 2021 and that should pave the way for significant weakness.”

A weakening buck can make dollar-pegged assets like gold, more attractive to overseas buyers on a relative basis.