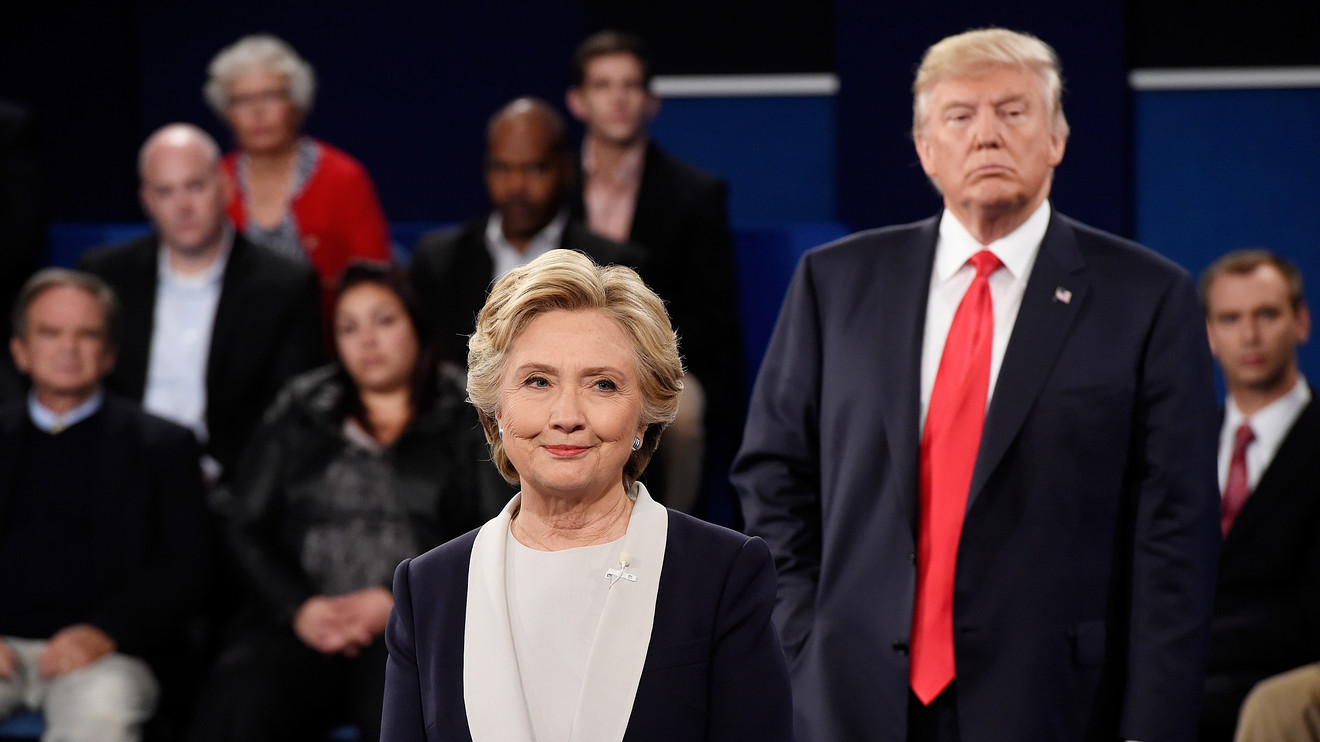 The combative first presidential debate of the 2020 election saw both candidates talking over each other and exasperating the moderator — not to mention disgusting many of the viewers.

Among those watching was former Secretary of State Hillary Clinton, the previous presidential candidate to face off with Donald Trump on a debate stage back in 2016 — and she has some thoughts about last night’s debate debacle.

Tuesday night’s chaotic debate saw President Trump and former Vice President Joe Biden insulting each other, interrupting each other and often straying from the agreed-upon topics. And while both men interrupted each other, by Slate’s count, Trump interrupted Biden at least 128 times, compared with Biden interrupting “dozens” of times. Biden got so exasperated early into the roughly 90-minute debate that he said, “Will you shut up, man” — which quickly became the line of the night.

Read more:Trump, Biden blast each other on economy, coronavirus in fiery first debate

well into Wednesday morning, and the Biden campaign was already selling $30 T-shirts sporting the phrase online by the end of the debate.

While many viewers lamented that political discourse has boiled down to the candidates insulting each other rather than speaking about the issues most important to the American public during a health and economic crisis, some wished that Clinton had also told Trump to “shush” or “keep yapping man” like Biden did back when she faced off with Trump in 2016 — when by Slate’s count, Trump interrupted her at least 51 times during the first debate.

“I so feel for Hillary now,” wrote author and lawyer Jill Filipovic on Twitter, “because I’m positive she wanted to say [shut up] and couldn’t.”

To which Clinton responded, “You have no idea.” Her response was “liked” more than 61,00 times, retweeted more than 11,000 times and drew almost 900 comments by Wednesday morning

Clinton has expressed regret that she didn’t push back harder on Trump four years ago when he interrupted her — or when, in their infamous town hall debate, he stalked behind her on the stage. “He was literally breathing down my neck. My skin crawled,” she wrote in her 2017 memoir “What Happened,” adding that she thought of turning around to tell Trump to back off, with a dismissive line such as, “I know you love to intimidate women, but you can’t intimidate me.” But she ultimately decided against it.

She tweeted later on Tuesday night that she was “so proud” of Biden for his debate performance, and “more confident than ever that he’s the leader with the experience we need right now.”

And when Pete Buttigieg’s husband Chasten tweeted his concern about Clinton, writing, “Girl I’m so sorry,” she responded with, “Thanks, I’m fine. But everyone better vote.”