How debt enters students’ lives as early as kindergarten 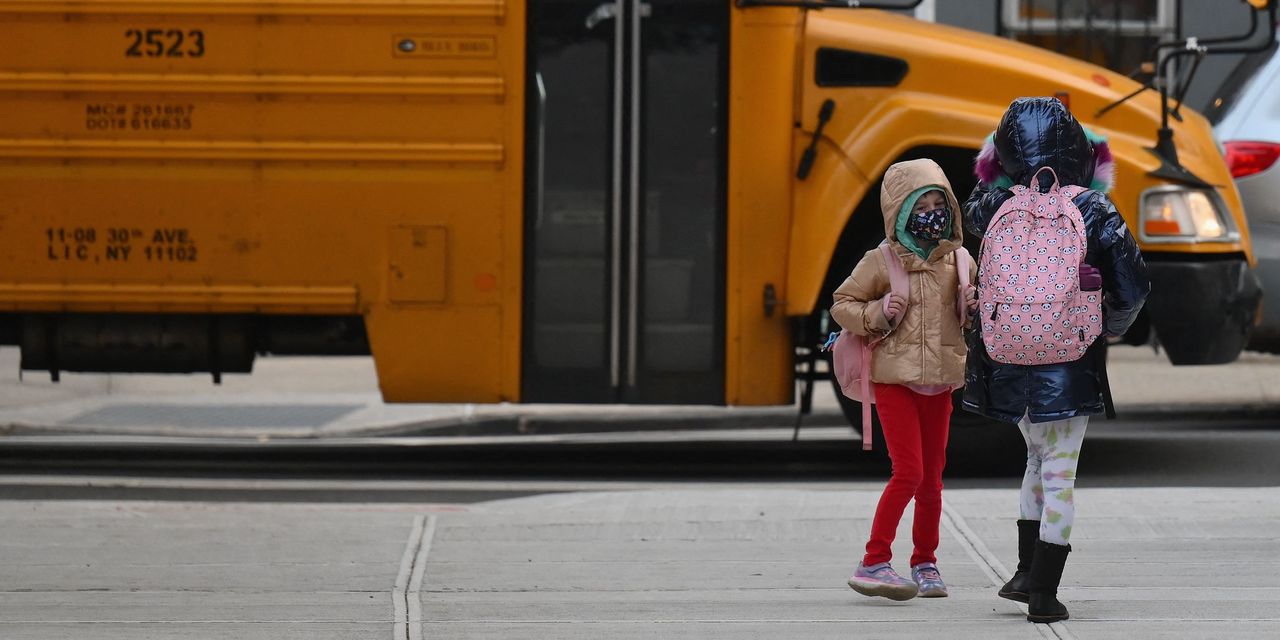 Hello and welcome back to MarketWatch’s Extra Credit column, a weekly look at the news through the lens of debt.

This week we’re examining the challenges of turning off the student loan system during the pandemic and a proposal for a different kind of unemployment benefits. But first up, how debt enters elementary and high school classrooms.

A different kind of student debt

We’re all familiar with the loans that students take on to pay for college, but a recent New York Times op-ed highlighted one way that students are paying on debt years before they make it to higher education.

Across the country, public school systems use debt to finance their operations and the cost of servicing that debt can have implications for students, families and educators. School systems devote much-needed resources to servicing the debt. For example, in Philadelphia this year, the school district paid $311.5 million to service its debt and $162 million went to creditors in the form of interest, the op-ed notes.

I wanted to learn more about debt-financed public schools and their implications, so I called up Eleni Schirmer, the author of the op-ed and a research associate with the Future of Finance Initiative at UCLA’s Luskin Institute on Inequality and Democracy. Using debt to finance public schools isn’t a new phenomenon, Schirmer said. In fact, the practice may date as far back as the 19th century.

But what she hopes to learn through further research is when exactly using debt to fund public schools shifted from a “sleepy, vanilla…pretty steady low-risk financing mechanism,” to one that became a lot more costly to school systems.

Schirmer suspects the change “goes along with larger shifts in a financialized economy, when finance on its own started to become an industry not just a tool for doing things, but in and of itself an industry,” she said.

School districts of all types rely on debt financing, Schirmer said. Affluent communities may use debt to upgrade or expand their facilities. But it’s the school districts that are already strapped for resources — like those in high-poverty urban and rural areas — for whom debt has the most crushing consequences, she said.

Like most loans, the terms on the money public school districts borrow are based on a measure of creditworthiness. Districts where property values and the income of residents tend to be low are typically viewed as riskier, Schirmer noted in the op-ed.

“Debt is based on a very regressive logic that those who have the least pay the most, that’s just the rule,” she said. “When you’re financing public goods with that rule it’s always going to be upside down.”

Schirmer and other activists worry that this form of financing shifts power over schools’ operations from the local community to lenders because in some cases, she said, the districts are obligated to service the debt over other priorities. The way to fix this, activists say, is to provide more public funding for public schools, so they don’t have to rely on Wall Street investors to function.

The pandemic offered a small taste of what more funding for public institutions might look like after the federal government sent billions of dollars to public schools and local governments. But it’s likely not enough for lasting change. Schirmer points to Chicago officials’ decision to use some of the funding the city received through the American Rescue Plan to pay creditors.

“Getting one time aid doesn’t change the funding dynamics that exist, it doesn’t eliminate those power relationships,” she said.

Loans as an unemployment benefit?

Federally funded emergency unemployment benefits, which are ending this month, have been a lifeline for many Americans during the economic upheaval caused by the pandemic. They’ve also been controversial in some circles, with politicians and business owners pointing to the relief as an explanation in part for worker shortages in some sectors.

The idea is to create an unemployment benefits package that combines traditional unemployment insurance with income-contingent loans, Stiglitz wrote in a working paper with co-authors Haaris Mateen, an economics Ph. D. candidate at Columbia University and Jungyoll Yun, an economist at Ewha University in Seoul. The paper was circulated by the National Bureau of Economic Research this week.

The package the economists propose in their model would pay more to the unemployed than traditional unemployment benefits. By including the loan element, the package would be less costly to the government than a no-strings-attached jobless benefit of a similar size.

Income contingent loans, or debt that a borrower pays back as a percentage of their income, are used widely in the education sphere. In the U.S., federal student loan borrowers have the option to pay back their debt as a share of their income through a program known as income-driven repayment.

One benefit of this arrangement, as Stiglitz describes it, is that it gives students the opportunity to essentially sell equity in themselves, which allows for risk-sharing in a way that traditional debt does not. Someone borrowing a loan without an income-contingent option is on the hook for the same amount of money regardless of whether the loan delivers them a benefit in the form of better job prospects.

Stiglitz said he wondered whether this setup could be applied to other areas and unemployment seemed like a good fit. A spell of unemployment is similar to when a student borrows in hopes of increasing their labor market potential, Stiglitz said, “particularly if you think about unemployment episodes as times in which you’re investing in search.”

It’s hard to know in advance whether someone is going to find a job and how much it will pay once they do. To solve for this, we as a society would fund the combination of traditional unemployment benefits and income-contingent loans — organized through the government — and share the risk with job-seekers.

By providing job seekers with more funding during periods of unemployment, they may become less risk-averse and willing to hold out for a job that is a better match with their skills — and pays more — than if all they were receiving was traditional unemployment insurance, according to the model Stiglitz and his co-researchers built for their study. And if more job seekers ultimately find jobs that pay them more, that could boost GDP.

“It is a way of improving the way we can provide the kind of security that people need without some of the worries that at least some people have about adverse incentive effects and actually encourage productive search for a better job,” he said. “Doing what we propose here would actually have a positive effect on our economy.”

Borrowers are still having their wages seized over defaulted student debt, despite the coronavirus-era payment pause on student loan payments, interest and collections.

That’s one takeaway from Department of Education data released to the Student Borrower Protection Center, an advocacy group, this week. The data, which the organization received through a Freedom of Information Act request, also indicates that borrowers are owed $37 million in refunds for wages that collectors seized during the pandemic.

The data is the latest indication of the challenges the government has faced turning off the student loan system and in particular, it’s debt collection operation — an unwieldy program that involves several actors, including organizations involved in the student loan industry as well as borrowers’ employers. Nearly six months after Congress passed the CARES Act, which paused collections on defaulted loans, thousands of borrowers were still subject to wage garnishment.

Read more about what the data suggests here.