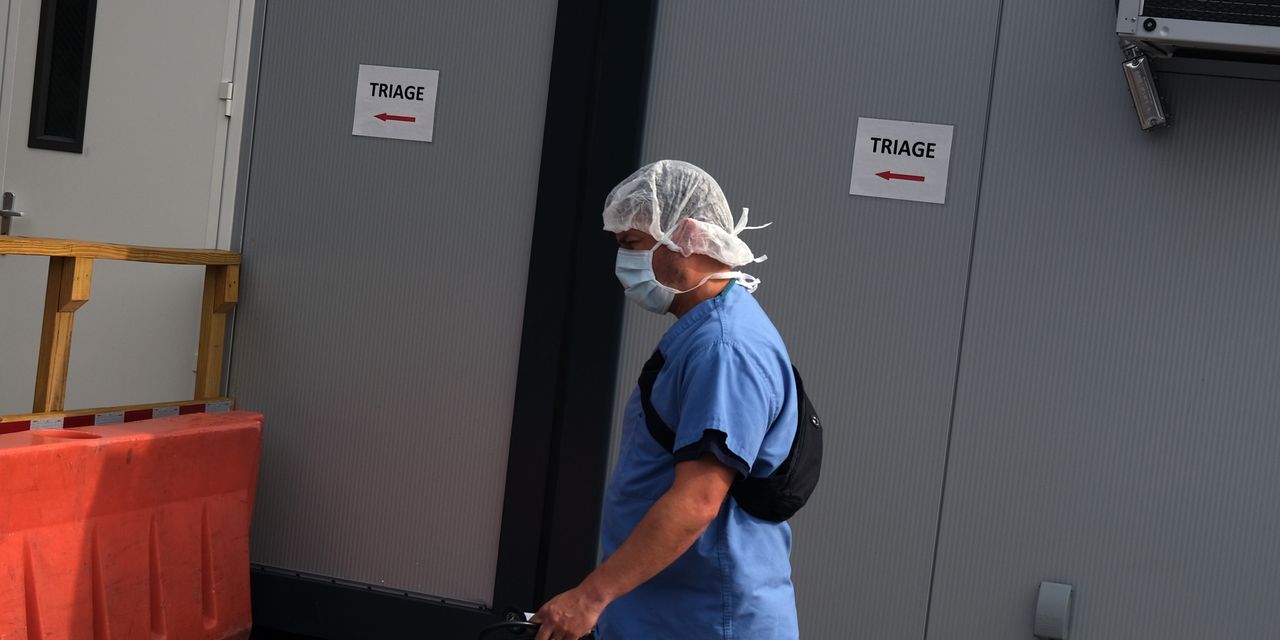 The Thanksgiving dishes are finally off the table. The super-spreader celebrations are giving way to the holiday-shopping frenzy, the pandemic edition. And New York City’s frontline medical workers are steeling themselves for what’s looking increasingly inevitable: a cold-weather wave of COVID-19 cases crashing down on them.

“We still haven’t recovered from what we went through earlier in the year,” said Carmen De Leon, a respiratory therapist at Harlem Hospital whose long, frantic spring of ventilators and intubations was interrupted only when she too contracted the virus. “We faced an awful lot of dying and an overwhelming amount of grief.”

The single mom of a 22-year-old daughter, De Leon, 54, struggled for breath at home, then got back to her city-run hospital as quickly as her lungs would let her. “Of the 15 or 16 respiratory therapists on the day shift,” she said, “nine of us went down. All I could think of was, I have to get back in there. My colleagues and my patients need me. In those early days, there were so many things we didn’t know.”

It was that kind of dedication that turned the city’s health-care workers into instant folk heroes. Every night at 7:00, New Yorkers threw open their apartment windows and banged on pots and pans, expressing their loud appreciation for the doctors, nurses, techs, EMTs, aides and others battling the pandemic firsthand. People, regular city people,
stood in front of hospitals at shift-change time, applauding and shouting, “Thank you! Thank you!”

“All the attention was nice,” said Harlem Hospital social worker Nate Franco, whose job involves helping patients and their families figure out what to do once they leave the hospital. Where to stay. How not to infect others. Where to get the assistance they are entitled to. But that deluge of public love never turned into hazard pay or other practical benefits for Franco and his fellow employees, not in the 70 clinics and 11 acute-care
public hospitals run by the city’s Health and Hospitals Corporation.

“The mayor, the governor, the hospital administrators — they were all in favor of the extra compensation as long as somebody else would pay for it,” Franco said. After months of discussion and review, he added, the workers are still waiting for the comprehensive staffing policies that will ensure their safety.

“There’s a meme going around” among the employees, Franco said. “It says, ‘How did your hospital reward you for being essential, and what type of pizza was it?’ That pretty much sums up the situation.” In dark humor lies painful truth.

“Early on,” Franco recalled, “I had relatives across the country sending me N95 masks.”

Fewer patients are going on ventilators now. New therapies and more experience have helped. The sickest of the sick are still sometimes separated from their loved ones, but everyone’s become more proficient with FaceTime and Zoom calls. Still, no one knows how bad this winter wave will be — and what impact it could have on those who are waging the daily battle against it.

“This has been the toughest year of my life,” said Franco, 37. For safety’s sake, he separated from his wife and toddler nine months ago. Even now, because of COVID-related child-care challenges, they are together only on weekends.

Their union has been fighting hard.

“We have 152 of our members who have passed away from COVID, and I just lost another one,” said Henry Garrido, executive director of District Council 37 of the American Federation of State, County and Municipal Employees, which represents about 150,000 city workers, “everyone from accountants to zookeepers,” including 22,000 in the city hospitals and clinics.

“There’s a great positive attitude they have,” Garrido said. “These people are still coming to work despite the lack of hazard pay. They’ve been through so much already. Some things have improved. But when it comes to personnel issues, things have not gotten better.”

A big part of the problem, according to the union director, is that each city agency — not medical experts — are deciding how best to keep the employees safe. “The heads of these agencies aren’t only thinking, ‘How do I protect my people?’ They’re also thinking, ‘How am I going to fill my slots?’”

In some agencies, a positive coronavirus test means an automatic 14-day quarantine. In others, employees are quickly pressured back to work.

Ellis Henican is an author based in New York City and a former newspaper columnist.

Dollar stretches gains on the session