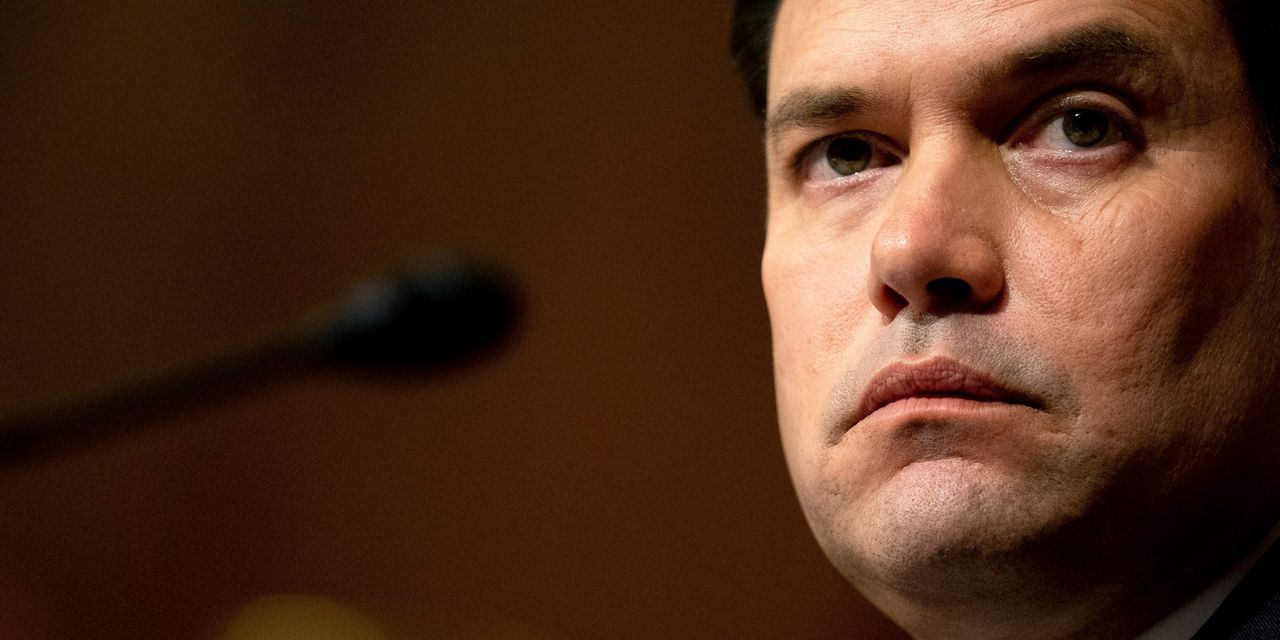 U.S.-listed Chinese tech companies face a new type of threat, aside from the intense pressure from regulators at home: Marco Rubio and other tough-on-China lawmakers who could intensify challenges for the likes of ride-hailing app Didi.

The Republican senator from Florida said it was “reckless and irresponsible” for Didi
DIDI,

—an “unaccountable Chinese company”—to have been allowed to sell shares in New York, in a statement to the Financial Times.

Shares in Didi, which was founded in 2012 by a former Alibaba employee, fell near 20% on Tuesday in the wake of regulatory scrutiny in China, with the stock down another 5% in early trading on Wednesday.

Didi faced further headwinds on Wednesday as some of its subsidiaries were fined more than $77,000 each by China’s competition regulator, as part of a wider initiative to target monopolistic behavior linked to nearly two dozen deals.

Plus: Didi Global shares slammed along with Full Truck Alliance and Kanzhun

“Even if the stock rebounds, American investors still have no insight into the company’s financial strength because the Chinese Communist party blocks U.S. regulators from reviewing the books,” Rubio said in his statement. “That puts the investments of American retirees at risk and funnels desperately needed U.S. dollars into Beijing.”

The lawmaker and 2016 presidential hopeful had on June 11 called on the Securities and Exchange Commission to block Didi’s IPO. Rubio also introduced an act in May that would prohibit U.S. listings for Chinese companies out of compliance with American regulators.

Didi went public on June 30 in one of the year’s largest initial public offerings, raising $4.4 billion. But the company’s fortunes quickly turned: on July 2, China’s Cyberspace Administration launched a probe into Didi over national data concerns and prevented it from adding new users in the country.

By July 4, the internet regulator had ordered all Chinese app store operators to remove Didi from their platforms, effectively cutting off new customers in a segment that accounts for more than 90% of the company’s revenue.

In a statement on Sunday, Didi said that users who had already downloaded and installed the app could continue using it, though it would no longer be available in China. “The Company will strive to rectify any problems, improve its risk prevention awareness and technological capabilities, protect users’ privacy and data security, and continue to provide secure and convenient services to its users,” Didi said.

and Kanzhun
BZ,
’s
online recruiting platform, prohibiting them from adding new users on Monday. Both companies, like Didi, went public in the U.S. in June. That sent shares in all three groups into free fall on Tuesday.

For Chinese regulators, Didi and its peers represent a threat because they handle sensitive data of potential national concern and, being listed overseas, are accountable to foreign powers. But the embattled Chinese stocks also fit into a U.S.-centric narrative: American investors at risk from companies that, being based in China, answer to an authoritarian regime.

In the final months of President Donald Trump’s administration, lawmakers made a bipartisan effort to increase auditing and disclosure measures for foreign companies whose shares trade in the U.S.

The Holding Foreign Companies Accountable Act put the spotlight on the likes of Chinese tech giant Alibaba
BABA,
,
which could face delisting in New York without compromise between Beijing and Washington.

GBPUSD falls to the 100 hour MA and bounces