How U.S. resembles an emerging market even as investors brush off impeachment debate, Capitol riot 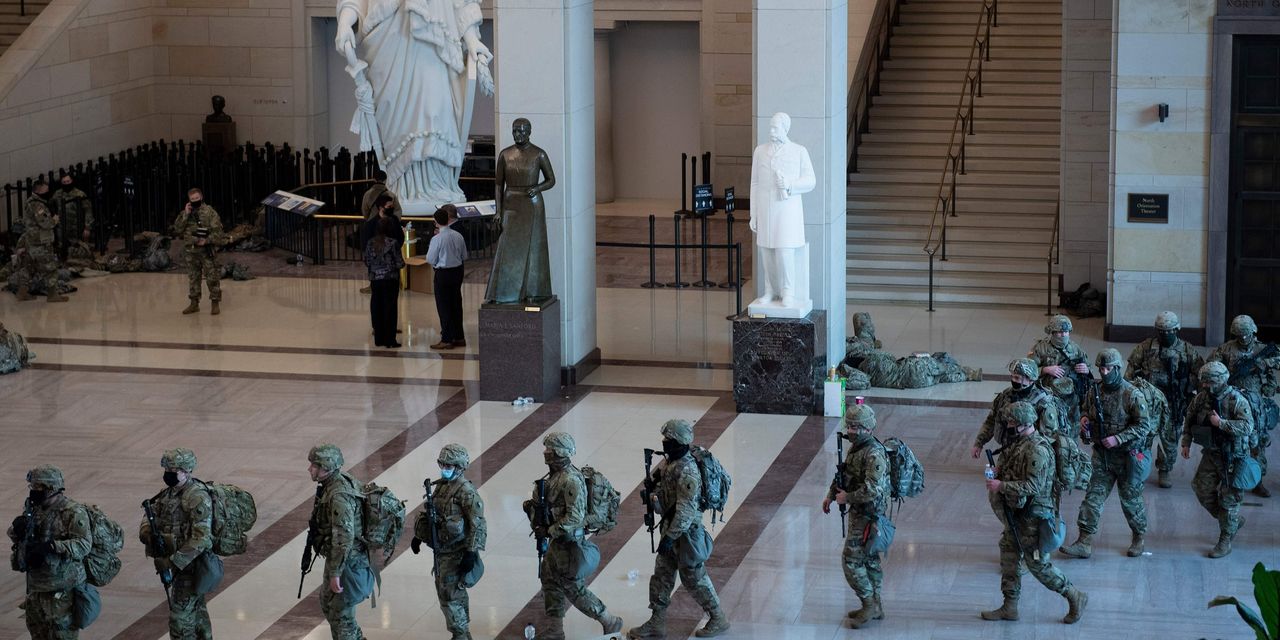 U.S. assets are “not being traded like an emerging market… even though the politics are becoming more and more like an emerging market” said Mark Rosenberg, chief executive of political-risk analysis firm GeoQuant, in an interview after last week’s assault on the Capitol by a violent mob who supported President Trump’s bid to overturn last year’s election.

The breakdown of U.S. political norms under Trump’s presidency and the damage to institutions has a long history, but if things don’t change, America’s preeminent position in global financial markets could one day be at risk, Rosenberg and other analysts warned.

Attack on the Capitol

Those emerging market vibes were starkly illustrated by the events of last week. President Donald Trump is accused of inciting a violent mob of his supporters to attack the Capitol on Jan. 6 in an unsuccessful-but-deadly bid to halt the formal certification of his opponent’s electoral victory last November.

The House was expected to vote Wednesday to impeach Trump. Several Republican lawmakers were expected to join Democrats in approving the article of impeachment.

Trump’s fate in the Senate, where a two-thirds majority would be required to convict, remains unclear. Senate Majority Leader Mitch McConnell, R-Kentucky, reiterated Wednesday that any vote in Senate on removing Trump from office would happen after Biden becomes president . Regardless, Trump appears set to become the first president to ever be impeached twice by the House.

Financial markets have barely reacted to the turmoil. Stocks on Jan. 6, the day after the riot remained positive, with the Dow Jones Industrial Average
DJIA,

closing at a record. U.S. Treasurys, a traditional haven during periods of uncertainty, have instead sold off, pushing up yields as investors fret more about the potential inflationary implications of Biden’s expansive fiscal agenda.

Stocks were mostly higher in choppy trade Wednesday as the House debated impeachment, with the Dow gaining around 65 points, or 0.2%, and the S&P 500
SPX,

— not far off all-time highs. Analysts said investors are more worried about slowing efforts to pass additional aid spending than they are about the outcome of the impeachment process itself.

Philip Marey, senior U.S. strategist at Rabobank, said the crucial question is whether the Capitol riot marked “the culmination of the civil unrest in the United States, or [was] just another warning signal that the country is heading toward something worse?

To some observers, the market calm is justified.

“If you take the view that the events killed off any remaining chance that Trump (or one of his family) could stand in 2024, then the events are perhaps a ‘positive,’” Steven Barrow, head of G-10 strategy at London-based Standard Bank, told MarketWatch in an email.

Indeed, for some investors the end of the Trump term and four years of tweets and off-the-cuff announcements that often sparked volatility across financial markets is a positive. Instead, political risks will revert to coming from outside the U.S. rather than from Washington, they said.

And Barrow argued that investors have long been aware that the U.S. political system is more prone to crises, such as periodic government shutdowns that are unknown in other developed countries.

GeoQuant’s Rosenberg agreed that investors have yet to be rattled by a polarized U.S. political backdrop.

“That tells us either political risk is effectively irrelevant to equity markets or there is a significant reckoning coming,” Rosenberg said.

So far, the status of U.S. markets as a haven during periods of market or economic uncertainty appears largely undimmed, analysts said. That status reflects the role of the U.S. as the world’s largest economy and the deep liquidity of the U.S. Treasury market, analysts said.

The U.S. dollar, meanwhile, remains the world’s reserve currency — a role that was underscored last February and March as the COVID-19 pandemic sparked the near-shutdown of credit markets, resulting in a worldwide scramble for greenbacks.

That role is an important advantage for the U.S. economy, helping ensure steady global demand for U.S. debt and other assets.

But the U.S. dollar might also be where cracks could emerge. Rosenberg said the dollar’s performance, as measured by the ICE U.S. Dollar Index
DXY,

and, in particular, the euro/dollar
EURUSD,

pair, has had a significantly negative correlation to GeoQuant’s measure of U.S. political risk since January 2020 (see chart below).

“Only a fool would argue the dollar is on the precipice of losing its reserve currency status, but I think you can see in our data a relationship where increased political risk and institutional risk and political uncertainty is starting to hurt the dollar relative to gold, relative to bitcoin,” he said.

Rabobank’s Marey, in a note, argued that near-term calm on the political front is likely to prove short-lived thanks to decades of increasing political polarization that has seen the Democratic and Republican parties become more rigid, sorting themselves along ideological lines (liberal vs. conservative), race, and geography.

“If the U.S. does not find an off-ramp from this route of increasing polarization, we are only going to see a further escalation of civil unrest,” he said.

EURGBP remains below the swing area/midpoint