How you could lose everything by short-selling stocks, whether it’s betting against GameStop or Tesla 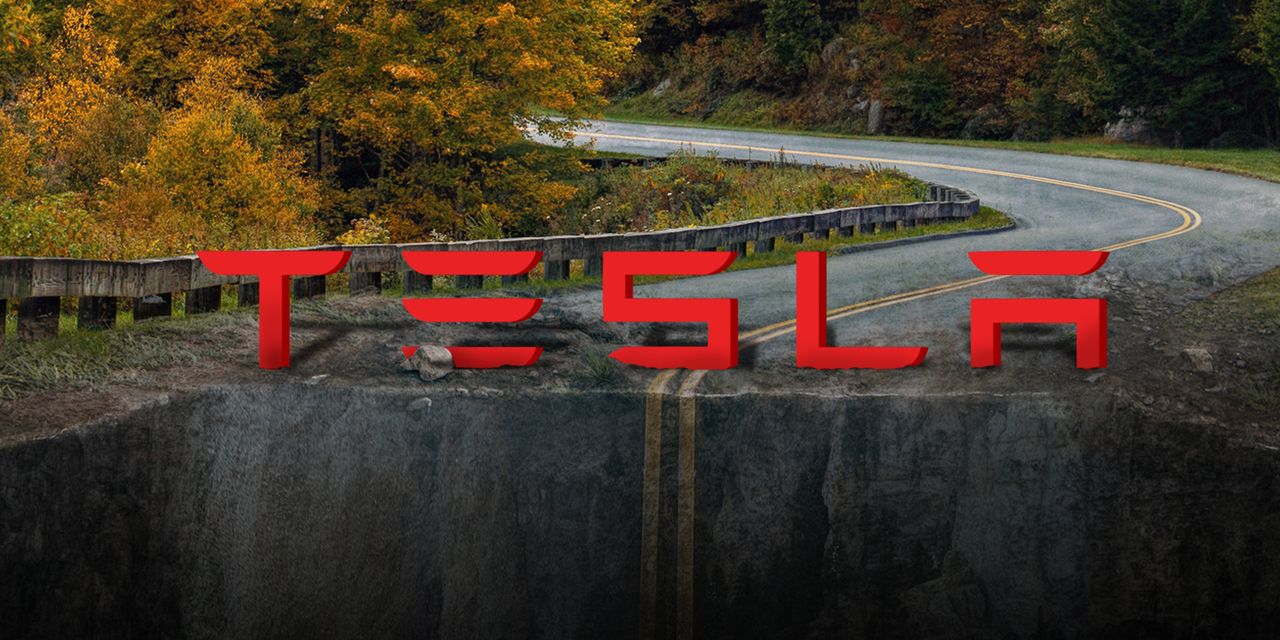 The wild ride for GameStop Corp.’s stock illustrates the power of social media to force short-sellers — even professional investors — to give up on their positions and book heavy losses. But talk of individual investors “breaking” the mechanics of the stock market may be premature.

Tesla and other large companies, including Amazon.com Inc.
AMZN,

and Apple Inc.
AAPL,
,
have tens of billions of dollars in short sales against their stocks. Those bets center around hedge funds and other professional investors making much bigger wagers than the ones against GameStop.

“I have never see anybody rush the capital markets like they did [into GameStop’s shares], and it could not have occurred without social media. The public has gotten so much more involved in individual stocks that they are overwhelming the professionals right now, in these small- and mid-cap stocks. Not in Tesla,” said Brad Lamensdorf, CEO of ActiveAlts in Westport, Conn., who runs long and short investment strategies.

Take a look at the one-year chart for GameStop’s stock through Jan. 25:

That’s a rocket ride, as investors who connected through Reddit poured money into the shares, pushing the price up, which forced investors with short positions to cover, which pushed up the shares even higher, despite a lack of any recent good financial news from the company, as Wallace Witkowski explained.

Short-selling is when an investor borrows shares and immediately sells them, hoping he or she can buy them back later at a lower price, return them to the lender and pocket the difference.

What makes shorting stocks best left to professionals is the potential for unlimited losses. In contrast, if you buy shares of a company (take a “long” position) and the stock falls, your potential loss is the amount of your investment. It can be wiped out if the company goes bankrupt.

But if you short a stock, what if it goes up and keeps going up? Your loss potential goes to infinity. At some point you will probably give up and “cover” your short position by buying the shares to return them to the lender, and take the loss. If you borrow shares and sell them for $10, and then cover at $20, you just lost $10 a share. If a stock you have shorted rises, your broker eventually will demand more collateral — cash set aside to protect the broker from potential losses as your loss position increases in size.

So a short squeeze is a scramble among investors with short positions to buy shares and cover as quickly as possible. It can create a feeding frenzy and a temporary spike in the share price, as we have seen for GameStop.

On Monday, while discussing GameStop, Jim Cramer said on CNBC that “[t]he mechanics of the market are breaking down. It’s arguable that these people are all one group.”

), here are the 20 stocks with the highest percentages of shares sold short against the total number of shares available for trading:

Scroll the table to see all the data.

The short percentages supplied by FactSet are updated twice a month, based on the most recently available data for shares sold short and the number of shares outstanding and available for trading as of the previous month-end.

Lamensdorf, who co-manages the AdvisorShares Ranger Equity Bear ETF
HDGE,
,
argues that any short percentage “over 30% to 40% is outrageously high.” Participating in a trade that is so aggressive is very risky because the chance of a short squeeze is so much higher, he said during an interview.

Read: As day traders make wild options bets in search of ‘lottery-like payoffs’ in the stock market, some fear history is repeating itself

HDGE is designed to be used by professional investors as a hedging tool. The ETF takes short positions in companies its managers believe exhibit low earnings quality or “aggressive accounting” that may “mask operational deterioration.”

Lamensdorf stressed that in a bull market, a short-only fund is “a very lonely place,” and that it is meant to be used to help investors create their own long/short strategies.

Professional money managers’ long/short strategies help explain why a company such as CleanSpark Inc.
CLSK,
,
whose shares have risen from about $10 in late November to $25 recently, still has 10% of its shares sold short.

“Some of the quantitative investors are levered two-to-one, and they are long/short similar companies, and are just trying to play the spread between the two. They do not care if they are squeezed with some, because they have something on the other side appreciating at a similar rate,” according to Lamensdorf.

When asked how it was possible for more than 100% of GameStop’s shares to be sold short, Lamensdorf said that there are places where people can have “naked” short positions — those that didn’t involve actually borrowing the shares to short them.

“It is illegal, in general, to short a stock without borrowing,” he said, “but sometimes a broker is not as careful as it need to be.”

In the S&P Composite 1500, here are the 20 companies with the highest amount of dollars’ worth of shares sold short:

“That’s not Robinhood, dude!” Lamensdorf said — emphasizing that for the largest companies, the short action is controlled by hedge funds and other professional investors.

It is notable that GameStop is on both lists — it shows how extreme the situation is for that stock, at least until FactSet’s data catches up with all the covered short positions.

Take a look at the second company on the second table: Amazon has only 1% of its float sold short, but that adds up to $12.7 billion. Next is Apple with a significant 5% short, for $12.5 billion. Other companies on the list that may surprise you include Microsoft Corp.
MSFT,
,
Facebook Inc.
FB,

and Nvidia Corp.
NVDA,
,
but again, these companies have relatively small percentages of short-sales but large market capitalizations.

Lamensdorf is CEO of ActiveAlts, through which he and colleagues run a “momentum” strategy that focuses on stocks of heavily shorted companies.

An example of a heavily shorted stock that has been very profitable for Lamensdorf is BlackBerry Ltd.
BB,
.
Take a look at the one-year chart:

Shares of BlackBerry began to fly up after the company announced a multiyear deal to provide software for Amazon Web Services. Lamensdorf said that BlackBerry had already been “a core position of ours,” because of his confidence that the company, under the leadership of CEO John Chen, would continue to enter new contracts with companies developing technology for autonomous vehicles and otherwise connected vehicles.

BlackBerry always had a reputation for excellent network security. That wasn’t enough to save its smartphone business from the iPhone and Android phones, but there is a growing need for what BlackBerry offers.

The action for BlackBerry’s stock continues to be heated. The shares flew up 28% on Jan. 25, and on the same day, the company released a statement saying it was “not aware” of any reason for the trading activity. But on the same day, BlackBerry announced an “expansion of its strategic partnership” with Baidu Inc.
BIDU,

According to FactSet, 7.1% of BlackBerry’s shares are still sold short. On a market cap that has now reached $10.1 billion, that’s more than $700 million in short bets against the company.

“You are talking about short-sellers down $1.4 billion,” Lamensdorf said.