Insiders selling shares and four more bad signs for the bull market, according to this strategist 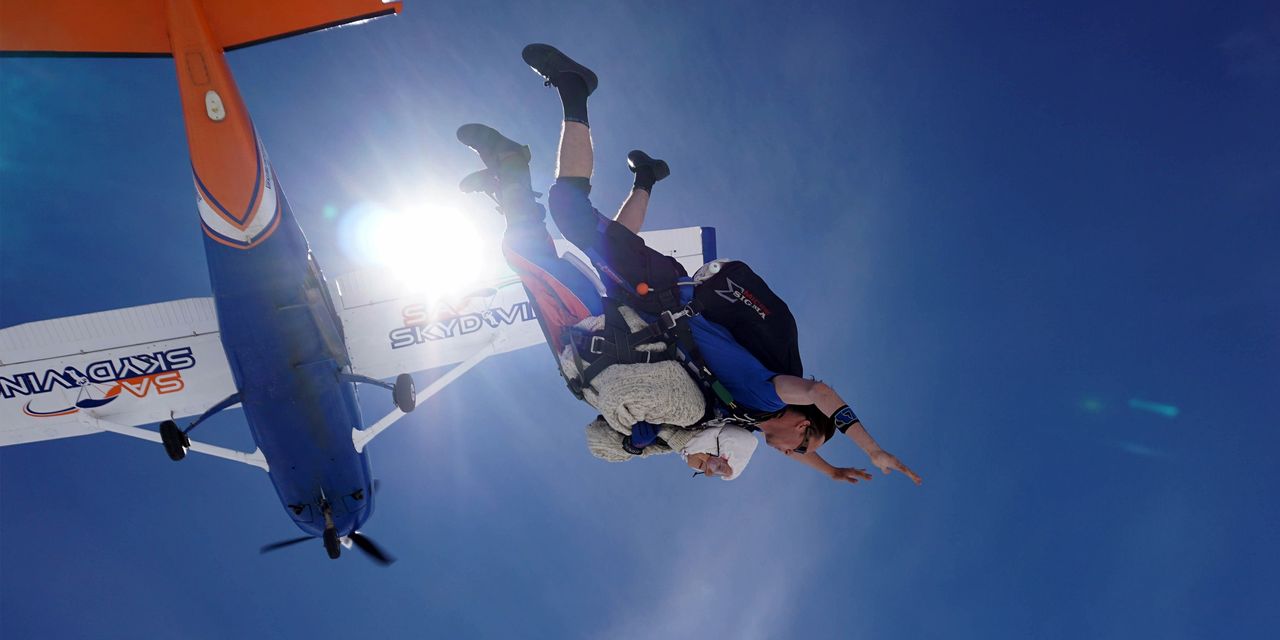 U.S. stocks are set for another day on the back of the bull market, with futures pointing up amid a corporate earnings season that keeps wowing investors.

Our call of the day, from strategist Vincent Deluard at broker StoneX, takes a close look at the big question hovering above these recent market gains. Are we seeing a new roaring economic cycle that started in March 2020, or “the spectacular apotheosis of a decade plus-long expansion and overvalued bull market”?

The strategist uses “the duck test” — which follows from the saying, “if it looks like a duck, swims like a duck, and quacks like a duck, then it probably is a duck.” His conclusion isn’t good news for stocks.

Deluard points out that the level of stock gains we are seeing now is unprecedented, with one exception: the Great Depression. After passing 4,000 points for the first time this month, the S&P 500 is on track to soon double its COVID-19 pandemic low of 2,237 points 14 months ago.

There have been 12 major bear markets in the last century, according to Deluard, and stock prices never doubled in the ensuing rally after five of them. In the seven cases where stock prices in the post-bear market doubled, it took an average of four years.

“There is only one precedent in history for such a rapid doubling, when U.S. stocks doubled between June and September 1932,” Deluard says. “A 40% correction quickly followed, and then another 100% + rally in a confusing sequence of brutal bear markets and dazzling rebounds which lasted until the battle of Stalingrad turned the fate of World War II.”

Another troubling sign is that the recent, spectacular rebound in corporate earnings amid the wider economic recovery from the pandemic hasn’t led to a rise in share buybacks, which are still 30% below pre-pandemic levels, according to Deluard. “As a result, the total shareholder yield (buybacks & dividend divided by market cap) of U.S. large-caps is at its lowest level in a generation,” Deluard says.

Further to that, individual investors have been throwing money at the market while insiders are getting out. An unprecedented $105 billion flowed into U.S. equity exchange-traded funds in the last eight weeks, Deluard says. Meanwhile, the strategist says equity offerings raised a record $262 billion in the first quarter and Nasdaq insiders sold $41.5 billion in the past three quarters.

The strategist also points to inflation as a worrying sign. He believes the argument that COVID-19 is distorting inflation is flawed, and that the current level of inflation, such as in commodity prices, represents more than normalization from the pandemic shock.

The last point Deluard makes is that banks’ loan-to-deposit ratio has collapsed to 50%, which is half of its pre-2007 levels. This is a red flag for “trapped kinetic energy” that will be unleashed by steeper yield curves, stronger demand for loans, and other factors, according to the strategist. Deluard notes that the big four banks would need to issue an additional $2.1 trillion in loans to return to the pre-pandemic loan-to-deposit ratio average.

“Inflation is the 800-pound gorilla that will kill this aging bull,” Deluard says.

Apple is smashing it. The world’s largest company by market capitalization reported earnings on Wednesday, revealing a whopping $89 billion-plus in quarterly revenue — the most ever in the quarter and 54% more than in the same period last year.

Our chart of the day, courtesy of Michael Batnick of the Irrelevant Investor blog, shows just how astonishing the recent revenue growth is.

— an individual investor favorite — jumped 14% on Thursday, after the group reported a “strong start” to the year in first-quarter earnings that smashed analyst predictions.

On the U.S. economic front, advance estimates of gross domestic produce in the first quarter of 2021 shows the U.S. economy grew 6.4%. Meanwhile, 553,000 Americans filed for unemployment last week, less than the 566,000 in the week prior but more than the 528,000 expected. There were 3.66 million continuing jobless claims in the week of April 17. The pending home sales index for March is due at 10 a.m. Eastern.

In case you missed it, Federal Reserve Chair Jerome Powell said the central bank will stick to its strategy of boosting the economy with ultralow interest rates until the economy strengthens even further and COVID-19 cases fall sharply.

Canadian chip maker Alphawave confirmed plans to raise $500 million next month through an initial public offering in London with a targeted valuation of $4.5 billion. The group builds chips that facilitate high-speed and high-volume data connectivity, and is an unusual example of a North American company crossing the Atlantic to float.

— by reporting one of its best quarters on record. But the stock fell in extended trading, as Ford warned the global chip shortage could bring a $2.5 billion hit to its bottom line this year.

are pointing toward a positive day ahead, after earnings from technology giants Apple and Facebook following the close on Wednesday wowed.

European equities were pushing ahead
UKX,

as investors reacted to strong earnings from Nokia, Unilever
ULVR,

finished the day in the green.

affiliate is using drones to deliver Girl Scout cookies to some Virginia doorsteps.

Buyer’s remorse for the ages: Teen accidentally moves into retirement village after signing lease after only viewing property online