is hovering around $50K, unable to break away from that important round level for long. Nevertheless, the ability to hang on to such a high price level is already great news for the entire crypto market.

The correction from levels around $60K has stopped near a recent all-time high. Bitcoin's capitalization has fallen below $1 trillion, but it's still close to that round level. The total capitalization of the crypto market exceeds $1.5 trillion. Bitcoin's dominance index has been stable at around 61% for almost a month. 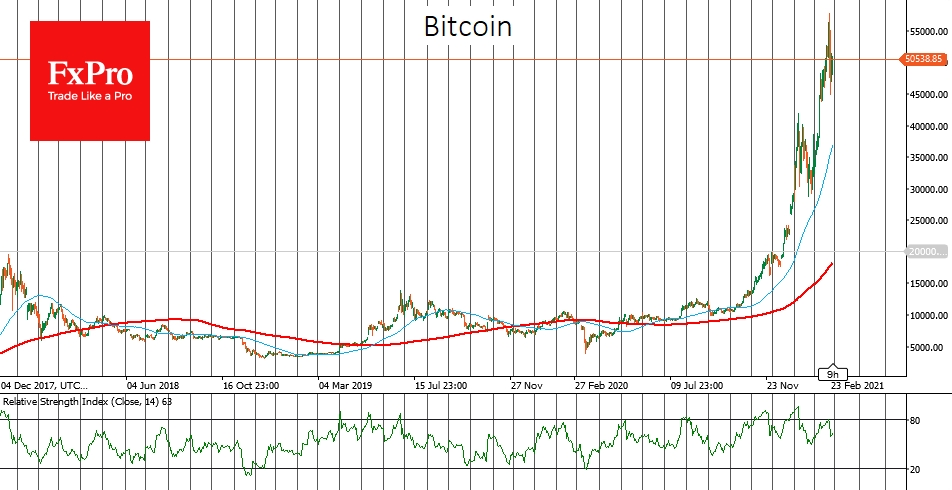 Bitcoin is hovering around $50K

A noticeable positive for Bitcoin and the crypto market as a whole is the news that MicroStrategy (NASDAQ:) has exceeded all points of its plan. The company raised just over $1 billion to buy bitcoins and bought almost 19.5K coins. The average price per Bitcoin was about $53K. In total, MicroStrategy is holding more than 90,000 BTC on its balance sheet.

However, there is some bad news. Analyst firm Glassnode concluded that bitcoin whales are selling assets. In February, they sold $6.7 billion worth of bitcoins (140K BTC). It's hard to underestimate that kind of information because it's clear that companies like MicroStrategy simply can't offset the sellers' pressure. In addition, assets on wallets that have been on hold for about ten years are starting to move, which could also be a very troubling sign for the market. 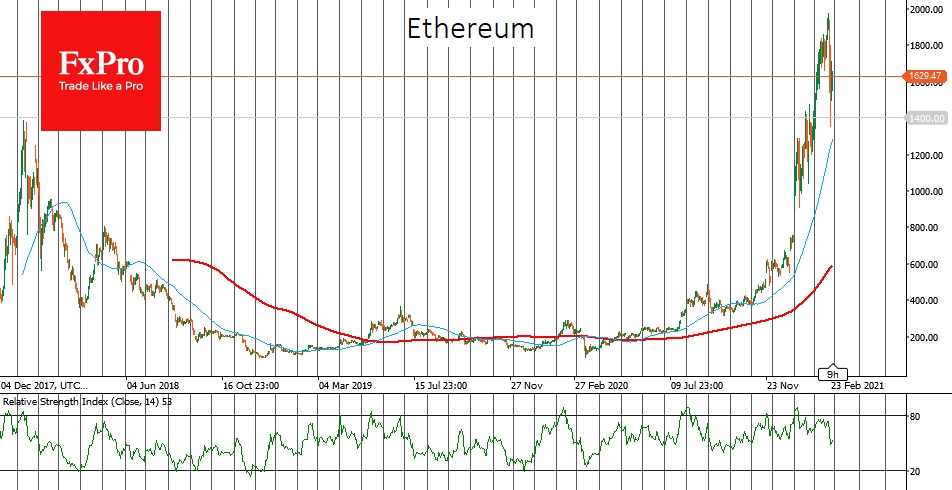 Although Bitcoin experienced a fairly impressive correction, over the week, the coin lost only 3%. The same cannot be said about Ethereum (), which is down almost 15% for the week. In fact, ETH became the only altcoin to have previously surpassed its all-time high. In 2017, the anonymous ZCash coin was just as popular among miners as Ethereum, but even at the current stage of the bull cycle, ZEC's price only rose to $130, versus a peak of $900 in early 2018.

One of the brightest representatives of the 2021 bull rally was Binance Coin (), which spiked by almost 400% since the beginning of February. This rapid surge in price underscores the critical role of exchanges in the development of the crypto market. Even more important is the fact that BNB began to play at the Ethereum field, offering fast and cheap transactions, where ETH now has obvious problems. The exchange's huge user base and the poaching of the DeFi sector also play a role. As a result, BNB is in third place, and it is very likely that in the next six months, the top 20 coins may significantly change.