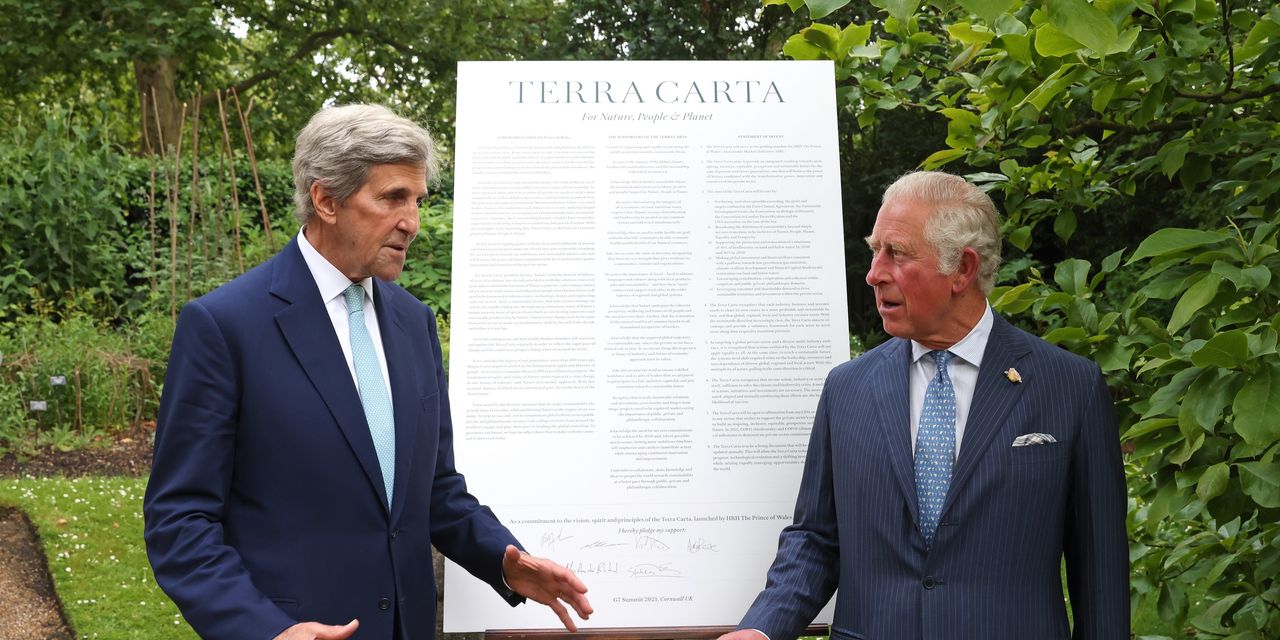 A group of 79 corporate executives and investors with $41 trillion under their watch issued separate calls on Thursday for major world leaders to accelerate action on climate change.

They are urging, through open letters, that the Group of Seven most powerful nations enact more ambitious policies in areas including carbon pricing.

Some 450 investors wrote that the countries that take the lead on climate change would become “increasingly attractive” investment destinations, while laggards would find themselves at a competitive disadvantage.

The G-7 meets in Britain to take on broader economic topics and the distribution of vaccines for COVID-19, so climate change will only be a portion of a busy agenda. But policy hints could emerge ahead of a key U.N. global climate summit in November.

Ahead of the weekend sessions, the U.K.’s Prince Charles told a gathering of officials and private-sector executives that businesses must lead the way alongside government in tackling the climate emergency. U.S. climate envoy John Kerry, who met with Prince Charles in London, will play a role at the G-7 talks.

And: Biden says he and U.K. prime minister updated 80-year-old Atlantic Charter ahead of G-7 meeting in Cornwall

The Alliance of CEO Climate Leaders called for “bold action” now to meet future emissions targets, they said in their release. Countries should also force all businesses to establish “credible” decarbonization targets and disclose emissions across all parts of their business.

The signatories, which include Microsoft
MSFT,
,
Nestle
NESN,

subsidies and cuts on tariffs for “climate-friendly” goods. They also want more spending on green technology. Developed countries are being urged to exceed their $100 billion commitment to help developing countries mitigate and adapt to climate change.

There is some evidence that climate change will remain top of mind at the weekend gathering. Bloomberg News, citing draft documents, reported that G-7 governments will “strive” to ensure that the majority of all new passenger car sales are not gas or diesel-powered “by 2030 or sooner.”

Some makers have made similar pledges, though General Motors
GM,

has set 2035 as its end date for using the internal combustion engine in autos.

The investors wrote that they want countries to commit to tougher emissions reduction cuts by 2030 and implement the domestic policies necessary to become net zero with those emissions by 2050. The U.S. has made such a pledge and observers say hitting the 2030 mark will be a closely watched test of the overall efforts from the world’s second-largest polluter behind China.

Read: No major stock indexes are on a path to hit the 2°C Paris climate goal — here’s which market runs the hottest