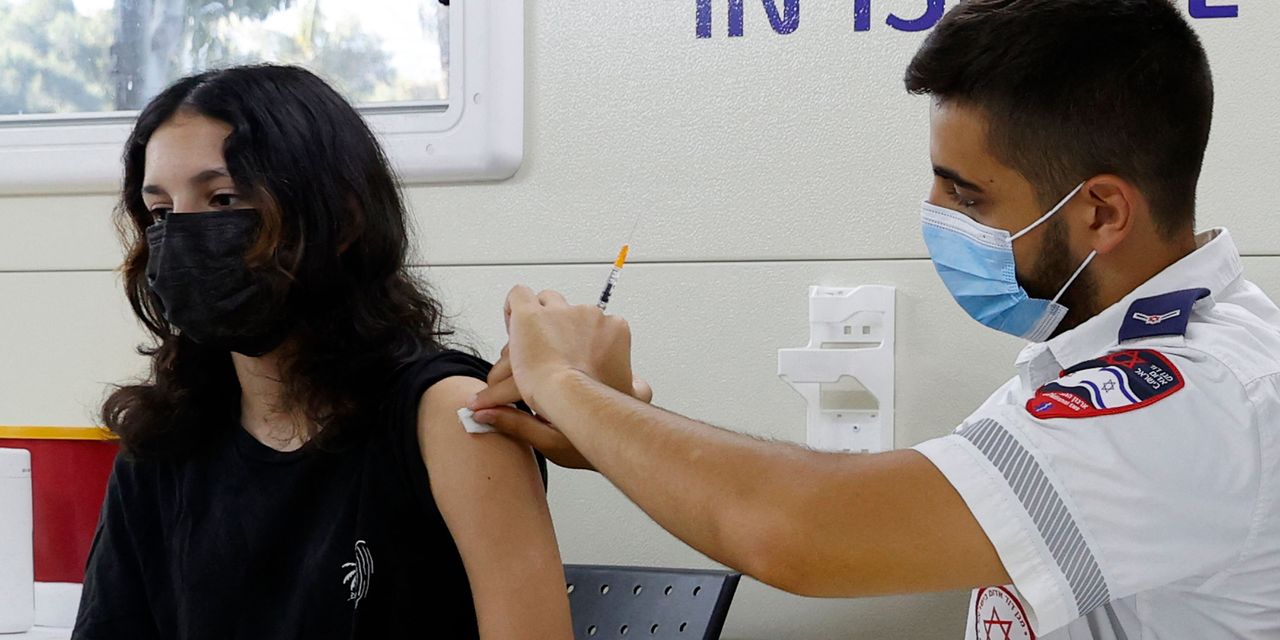 The global tally of confirmed cases of COVID-19 climbed above 184 million on Tuesday, as the highly transmissible delta variant continued to race across the world and the Israeli health ministry said it believes delta has weakened the overall effectiveness of its vaccine program.

Israel was an early success in the rush to vaccinate its residents but has fully vaccinated just 57% so far, according to Johns Hopkins University, and has primarily used the vaccine developed by Pfizer and German partner BioNTech. That vaccine uses mRNA technology, which is also used in the Moderna vaccine, both of which are authorized in the U.S.

The Israeli health ministry said it now believes the vaccine is just 64% effective at preventing symptomatic infections, which compares with the efficacy rate of about 95% in clinical trials back in 2020, it said in a statement posted on Twitter. The vaccine remains roughly 93% effective at preventing hospitalizations and death, the ministry said. Experts have repeatedly warned of the need to vaccinate at least 70% of the world’s population to prevent new variants emerging that may prove resistant to the existing vaccines.

The news comes as Indonesia and Russia record daily death tolls, with Russian authorities reporting 737 more fatalities and a steep rise in new infections. Indonesia is sourcing oxygen from Singapore and calling on other countries to help as it counted a record 728 deaths in a single day, as AFP reported.

The prime minister of Luxembourg, Xavier Bettel, is hospitalized with COVID symptoms, after testing positive and showing low oxygen levels in his blood, the Guardian reported. “The prime minister’s current medical condition is considered serious, but stable,” the government said in a statement.

President Joe Biden is expected to speak later Tuesday on his administration’s fight against the COVID-19 pandemic, with the remarks coming after his administration fell short of his goal of having 70% of U.S. adults at least partially vaccinated by the Fourth of July.

Biden is due to speak at 2:45 p.m. Eastern in Washington about “the COVID-19 response and the vaccination program,” the White House said in a statement.

The percentage of U.S. adults who have received at least one vaccine dose stands at 67.1%, according to a Centers for Disease Control and Prevention tracker, 2.9 percentage points shy of the July 4 goal set by Biden in early May. Some 157 million Americans are fully vaccinated, equal to 47.4% of the overall population, meaning they have received two shots of the vaccines developed by Pfizer
PFE,

and by Moderna
MRNA,
,
or one shot of Johnson & Johnson’s
JNJ,

vaccine has not been authorized for use in the U.S.

On Sunday, the president mixed a White House Independence Day party for military families and essential workers with a celebration of freedom from the worst of the pandemic, as he described getting vaccinated as “the most patriotic thing you can do.”

Meanwhile, pandemic restrictions on travel between the U.S. and neighboring Canada started to loosen on Monday for some Canadians, and Prime Minister Justin Trudeau said plans to totally reopen the border would be announced over the next few weeks, the Associated Press reported.

Canadian citizens and permanent residents who have had a full course of a coronavirus vaccine approved for use in Canada can skip a 14-day quarantine that has been a requirement since March 2020. Eligible air travelers also no longer have to spend their first three days in the country at a government-approved hotel.

Restrictions barring all nonessential trips between Canada and the United States, including tourism, will remain in place until at least July 21.

The global tally for the coronavirus-borne illness headed above 184 million on Tuesday, according to data aggregated by Johns Hopkins University, while deaths climbed above 3.95 million.

Don’t miss: Full FDA approval of Pfizer’s and Moderna’s COVID-19 shots would reinvigorate the U.S. vaccination push — but it could still be months away

Brazil has had the third highest number of cases at 18.8 million, according to Johns Hopkins data, and is second in deaths at 525,112.

In Europe, Russia continues to pull ahead of the U.K. by deaths. Russia has 137,005 fatalities, while the U.K. has 128,495, making Russia the country with the fifth highest death toll in the world and highest in Europe.

China, where the virus was first discovered late in 2019, has had 103,891 confirmed cases and 4,848 deaths, according to its official numbers, which are widely held to be massively underreported.