keeps developing an uptrend, working off the signal of a “Hammer” reversal pattern. At the moment, the quotations have returned into the ascending channel. The aim of growth is near 2030.00. However, the price may still decline to 1935.00. 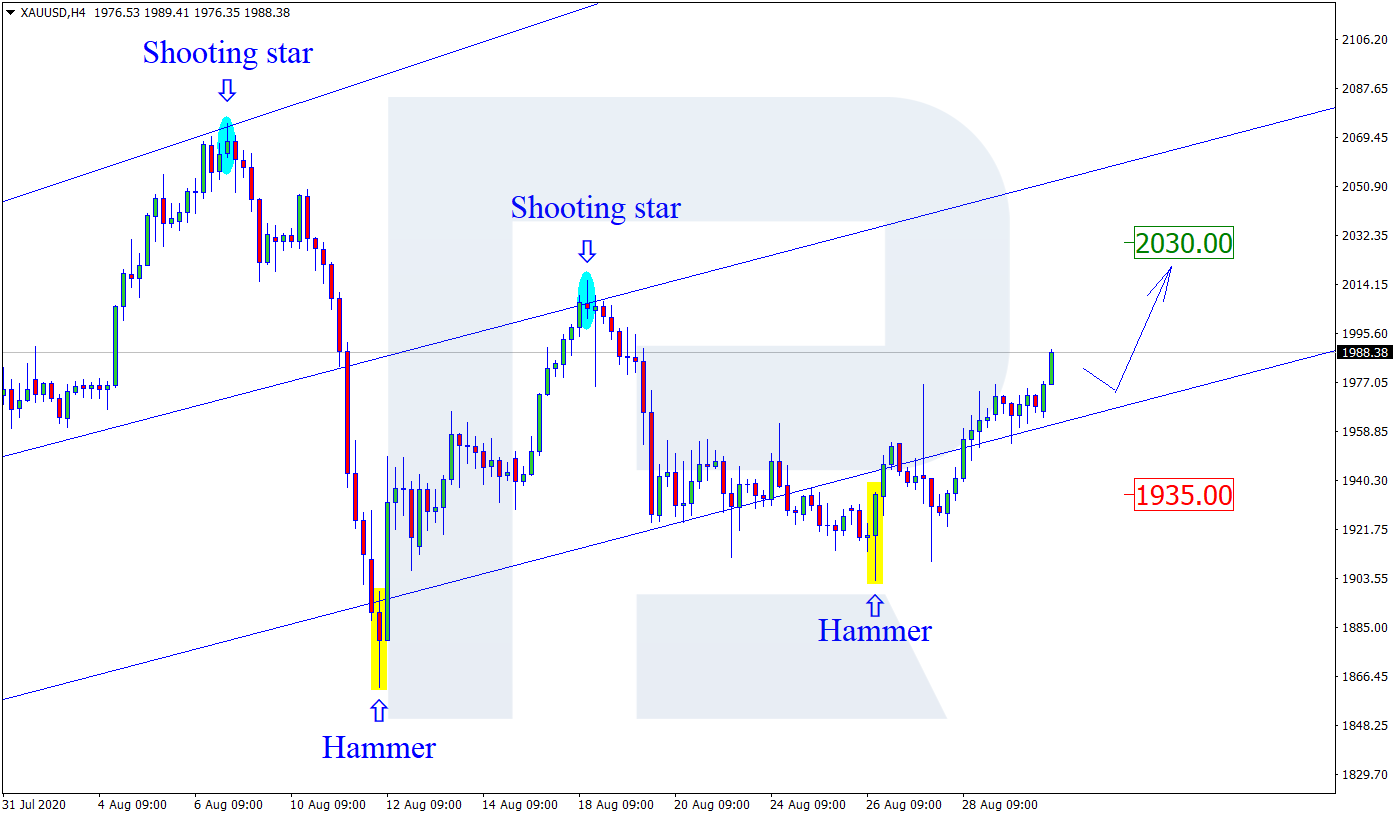 On H4, the pair keeps developing an uptrend. Near the resistance line, the pair has formed several reversal patterns, including a “Shooting star”. As long as the ascending impulse is so strong, working off the signals of the patterns may entail a small correction before the growth resumes. The goal of the growth is currently 0.6800 where the next resistance level lies. 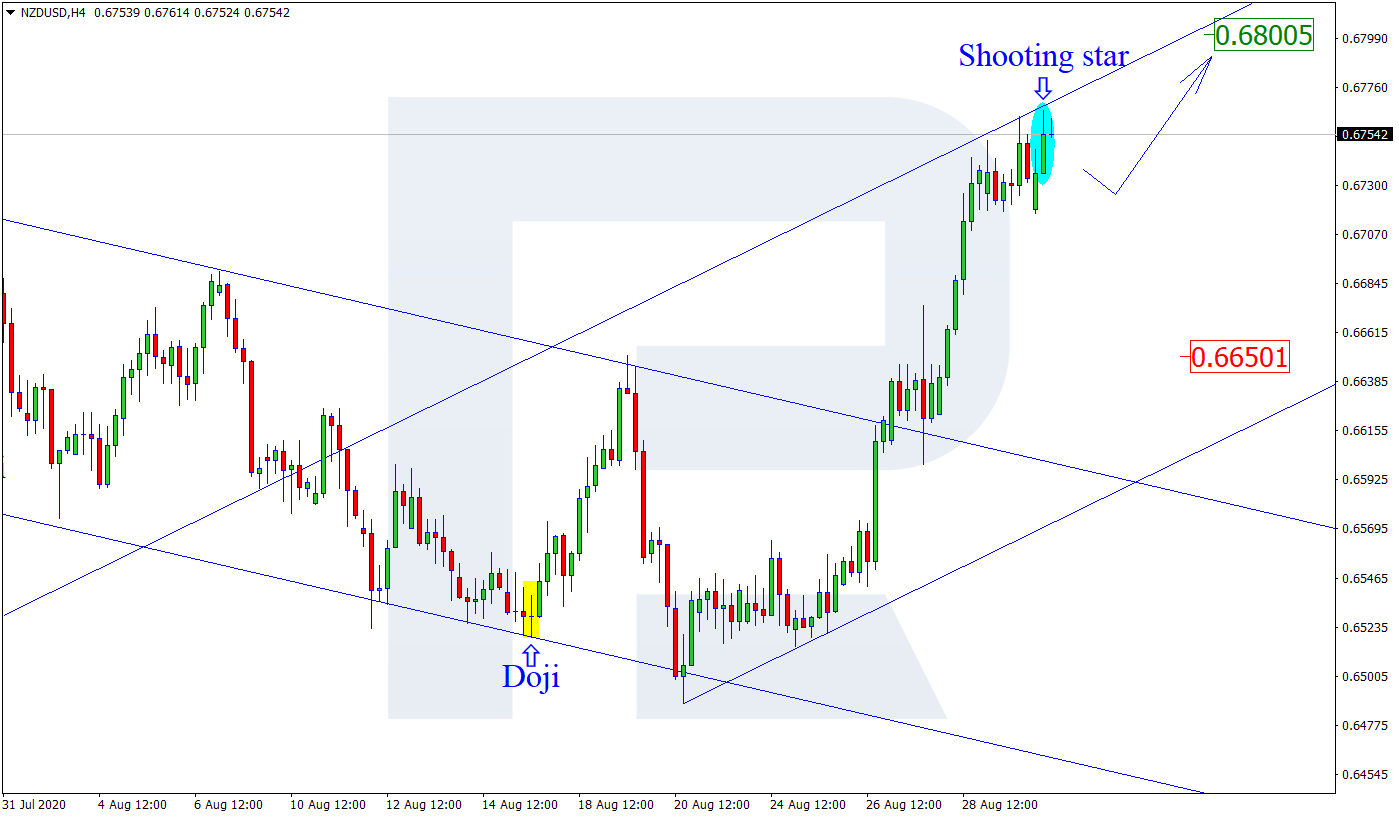 On H4, the uptrend keeps developing. The pair broke away the resistance level and escaped the ascending channel. Then a small correction might follow, after which the quotations will resume the growth. The next goal of the developing uptrend is 1.3485. However, the quotations may still decline to 1.3265. 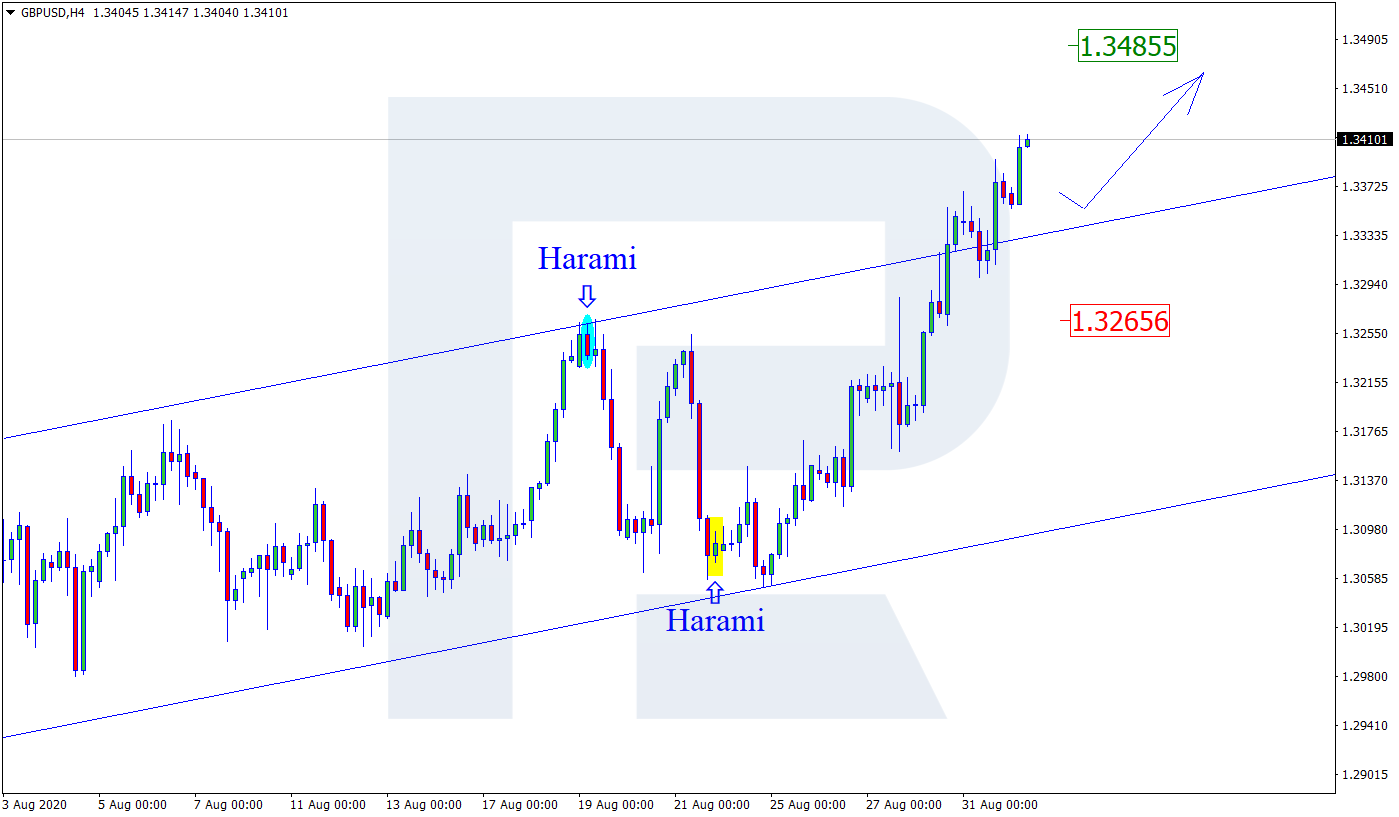