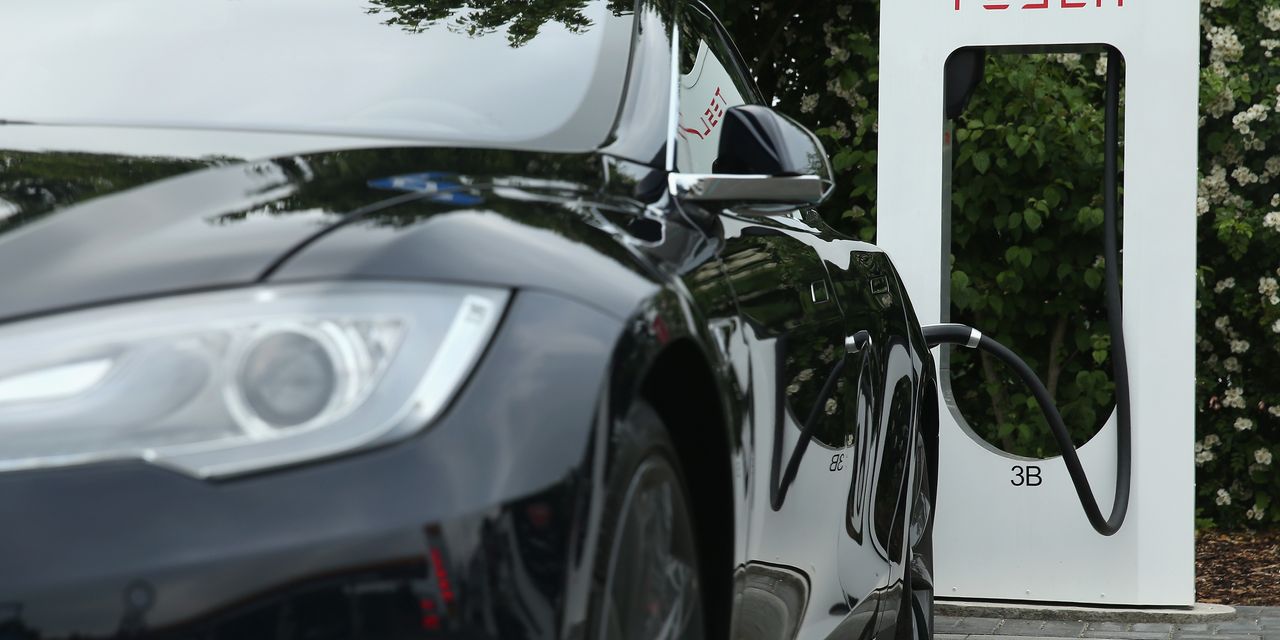 Tesla drew attention to the raw materials needed to make electric-vehicle batteries when it signed a sales agreement with Piedmont Lithium to secure about a third of the startup’s production for up to 10 years, even though its mine isn’t operational yet.

Investors may have been concerned about constraints that would hold back the pioneering car makers’ ambitions.

For now, supply isn’t a problem. In fact, the lithium market will have an overabundance for as many as two years. Industry analysts say the question is the how to meet outsized demand in the future as car companies including Tesla
TSLA,
,
Nio
NIO,

ramp up production while falling prices for lithium discourages mining.

Read: After underperforming the stock market for years, alternative energy is red hot

Getting a handle on the lithium market is difficult for the average investor. Unlike other industrial metals used in batteries, such as lead or nickel, lithium isn’t traded on a commodities exchange. Classification plays a role — is lithium a metal or a chemical?

Further, lithium is a small market, says Andrew Miller, product director at Benchmark Mineral Intelligence, a price-reporting agency that specializes in the lithium-ion battery market. Benchmark has forecast 2020 mine supply around 315,000 metric tons. For comparison, annual nickel production is close to 2.4 million metric tons, according to the International Nickel Study Group.

Lithium contracts are negotiated privately between buyer and seller, Miller says. Previously, they were renegotiated once a year, but as the market has grown, there’s been a push for shorter-dated contracts. Benchmark gathers price data by speaking to buyers, sellers and traders, and makes independent assessments based on that research. The firm posts data monthly as there isn’t enough trading for daily or weekly price points, he says.

Lithium itself is geologically abundant, but “the issue is
finding the right types of assets with the right concentration to get it out of
the ground economically,” he says.

Lithium is found in the brine of salt flats of Chile, or in a hard rock called spodumene, found in Australia and elsewhere. Lithium needs to be processed into lithium carbonate or the more-desirable lithium hydroxide and then shipped to battery or car makers. Ethan Zhang, an investment analyst at Ecofin, says about 80% of the lithium hydroxide processing capacity is in China.

Benchmark has about six years of lithium price data, and Miller says historically lithium prices traded around $5 per kilogram. Demand growth in the lithium-ion market during 2015-2016 exceeded what the industry was prepared for, and as a result prices peaked to just above $20/kg.

Matt Breidert, a senior portfolio manager at Ecofin, says automotive original equipment manufacturers (OEMs) are worried about suppliers’ ability to set up mines and processing facilities to meet demand down the road.

If current growth trends remain intact, they are right to be concerned. Natalie Scott-Gray, a senior metals analyst at financial-services firm StoneX, says the rechargeable-battery market rose five-fold in the past 20 years. The largest sector of global transportation by volume is the passenger car market, where lithium-ion batteries hold 1.3% market share, she says.

Zhang and Breidert say the supply bottlenecks are two-fold. One is to get enough of lithium hydroxide, which is the type used in the high-density batteries to increase electric vehicles’ range. Lithium hydroxide can be made from either brine-salt-mined lithium or hard-rock-mined lithium. It’s cheaper to get it from rocks, and China controls much of the hydroxide processing, which worries some in the industry.

isn’t unusual. What is different is that Tesla is trying to become vertically integrated with mining and processing in house — and close to home. That could save time and money for the company, although it could be tricky, given that this is lithium found in clay and mining hasn’t started.

“The complexities come at the chemical-processing step in this supply chain,” Miller says. “That’s where there’s an added layer of complexity, particularly if you look at what the likes of Tesla are trying to do, getting involved in that refining step in the supply chain. That speaks to the need to be able to refine and tailor your material for your specific battery user.

Bringing down costs for average battery pack prices is important because anywhere from 20% to 30% of an electric vehicle car’s cost is the battery, depending on the mix of metals. Lithium has a constant share at between 11% and 12% of the mass in a lithium-ion battery. Pricier metals such as cobalt, which keeps the battery from exploding, and a special type of nickel, which improves range, affect costs.

Scott-Gray says average lithium-ion battery pack prices have dropped by 87% since 2010 , costing around $156 a kilowatt hour (kWh) in 2019. She forecast that prices could fall to under $100/kWh in 2024, creating closer price parity with internal combustion engines.

The lithium market is oversupplied now, but equilibrium between supply and demand could come as soon as 2022, Miller says. Zhang forecast it might be closer to 2024. Before investors get too caught up in riding the lithium trend by investing in publicly traded producers, keep in mind the possibility of technological disruption that could significantly improve lithium mining, whether from processing or a new feedstock, especially if mining lithium from clay becomes possible, Zhang says.

“Clay is massively abundant everywhere, and it’s not the first time we’ve heard about clay mining,” he says. “If clay can be proven to be commercially viable (for lithium mining) it could introduce a huge supply glut.”