For volatility junkies that thrive on wide price variance, few markets in history have offered the head-spinning moves as the burgeoning cryptocurrency asset class. As of June 2, (BTC) remains the leader of the asset class, holding 41.6% of the entire crypto market value. If you add in (ETH) with a value that is 18.6% of the total, over 60% of the value is in the hands of the two leaders. Within that remaining 40%, there are some diamonds in the rough. While most will eventually disappear into cyberspace, others could provide incredible returns. Investors should only spend capital they are willing to lose as risk is always a function of potential rewards.

The search for Bitcoin and Ethereum-like returns means the risk is equal to the entire investment. For traders, liquidity is critical as it allows for reasonable bid-offer spreads for the execution of buy and sell orders. Liquidity is a function of a market’s size, so the tokens with values over the $1 billion level offer the best potential for trend-following and other trading pursuits. Volatility and liquidity are an attractive combination as they combine to create opportunities. (SHIB) and (MKR) are two tokens in the top tier, with market caps at levels that create liquidity during normal markets.

After the correction, crypto devotees are sniffing around for bargains

Elon Musk’s decision to do an about-face on accepting Bitcoin for Tesla's (NASDAQ:) EVs because of the carbon footprint of mining triggered selling at over the $60,000 level. China’s ban on cryptocurrencies as it prepares to release its digital yuan was the factor that caused Bitcoin to halve in value and pushed the asset class’s market cap lower.

The parabolic rallies in cryptocurrencies in 2021 were nothing short of incredible. The trajectory of gain led to severe corrections over the past weeks as gravity became a powerful force.

The number of new entries in the asset class continues to rise each day as new cryptocurrencies come to market. While there are over 10,200 tokens in the asset class, only two have market caps over $63 billion. Nine were worth over $20 billion as of June 2, and fifteen had market caps over the $10 billion level. Eighty-five tokens were worth more than $1 billion, which is less than 0.83% of the number of tokens circulating in cyberspace. While some of the other over 10,000 tokens could deliver massive returns, the odds favor that most will wind up worthless dust collectors in computer wallets.

Only the strong are likely to survive – A market cap of over $3 billion puts a token in the top 0.39%

One of the most significant characteristics for traders is liquidity, as the ability to buy and sell depends on a robust level of market participation. The higher the market cap, the greater the chances of survival over the long term. Around 0.40% of the cryptocurrencies have market caps over the $3 billion level. SHIBA INU and Maker have the critical mass necessary to attract trading and liquid investment activity.

SHIBA INU is not Dogecoin, but it is a top tier at number 31

The SHIBU INU dog is the meme associated with (DOGE). This cryptocurrency has received lots of PR because of support from Elon Musk, Snoop Dog, Mark Cuban, and other celebrities. Meanwhile, the crypto that began as a joke is currently the sixth-leading token with a market cap of over $55 billion.

SHIBA INU is a decentralized crypto, created in August 2020 by an anonymous person, “Ryoshi.” SHIB is an ERC-20 token on the Ethereum blockchain, based on Dogecoin, and brands itself as “the Dogecoin killer.” The website states SHIB is “decentralized meme tokens that grew into a vibrant ecosystem. ShibaSwap. Fun Tokens. Artist incubator, Growing 440+ community & more on the horizon.”

While DOGE began as a joke, SHIB is a derivative of the joke. Meanwhile, on June 2, SHIB was the thirtieth leading token with an over $3.74 billion market cap. 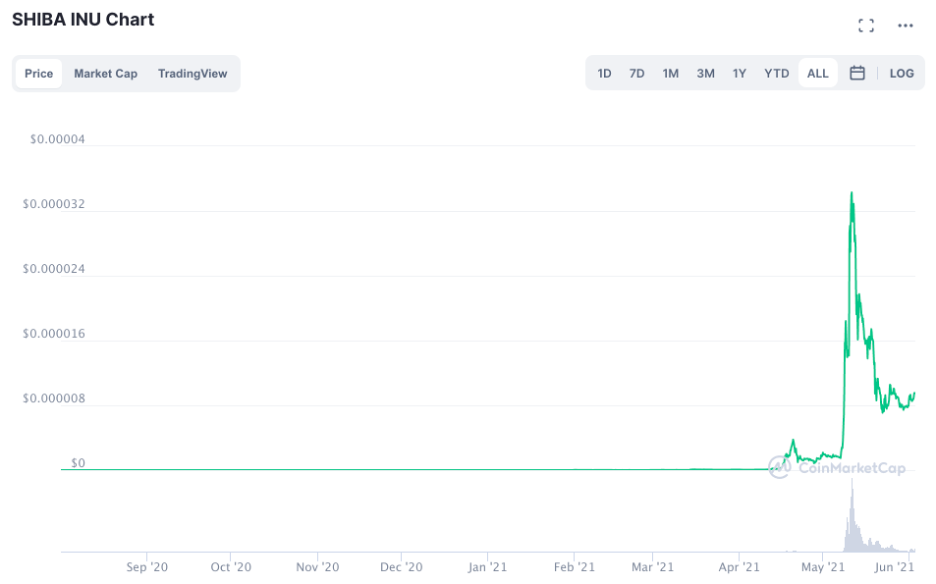 Maker is right behind at 33

Right behind SHIB, the derivative of the crypto that began as a goof, sits Maker, ranking at number thirty-one on the crypto hit parade. Maker is a governance token that underpins the first “stablecoin” on the Ethereum platform, called DAI; Stablecoins such as DAI is a cryptocurrency backed by reserve assets. MKR tokens are minted or burned in accordance with price fluctuations. MKR’s website states Maker is a “better, smarter currency – DAI can be used by anyone, anywhere, anytime.” It goes on to highlights MKR is:

“The world’s first unbiased currency. DAI is a stable, decentralized currency that does not discriminate. Any individual or business can realize the advantages of digital money.” 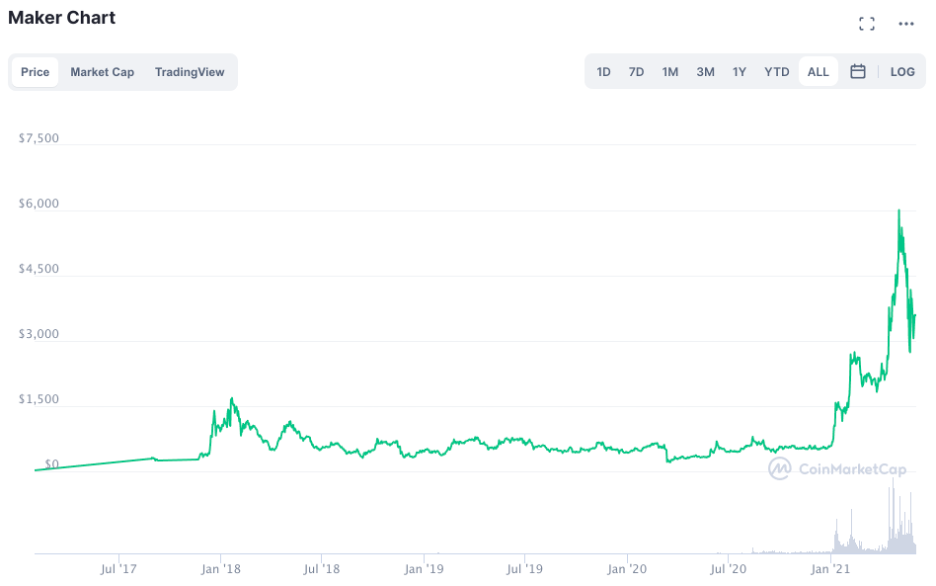 SHIB and MKR are two candidates for trading as they have the critical mass and market caps that create liquidity. When it comes to investing in either of the tokens, the advice is the same as with any of the over 10,200 cryptos. Only invest what you are willing to lose.