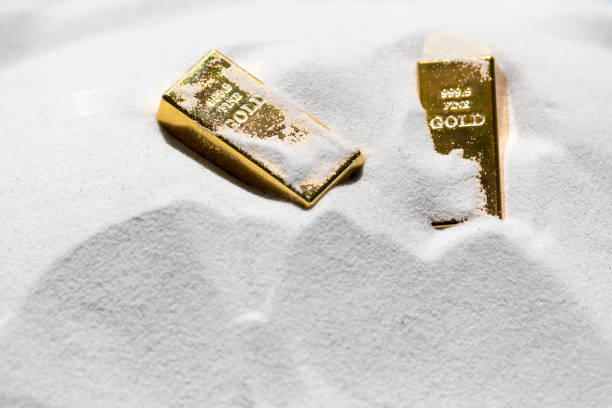 The financial markets generally turned into consolidation for now as vaccine boost faded. Commodity currencies are mildly softer in Asian session, together with Dollar. On the other hand, Swiss Franc and Yen are the firmer ones, together with Sterling. For the week, Dollar is the weakest one for now, followed by Swiss Franc. New Zealand Dollar is the strongest, followed by Yen. But overall, major pairs and crosses are mostly bounded inside last week’s range.

Technically, though, Gold’s pull back could be a sign of a come back in Dollar. Gold failed to sustain above 4 hour 55 EMA in prior rebound attempt. It’s also held below 55 day EMA. Together with corrective looking price actions from 1850.50, a downside breakout is in favor. Firm break of 1848.39 low would resume whole decline from 2075.18 record high. That might come with stronger rebound in Dollar, in particular against Euro. 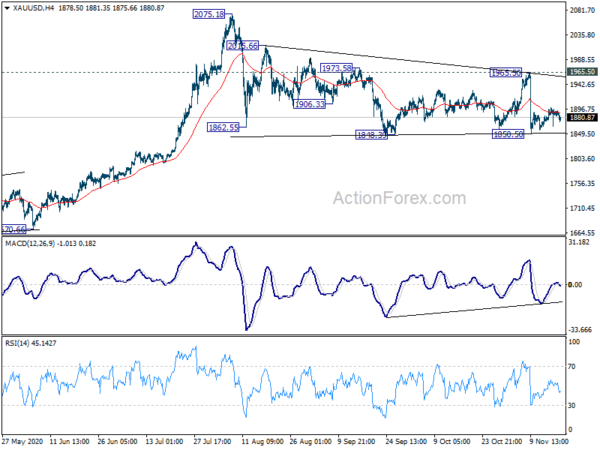 Fed Powell: Next few months may be very challenging as virus spreads fast

Fed Chair Jerome Powell warned yesterday of the “significant” downside risk in the economy, “especially in the near term” due to resurgence of coronavirus infections. “The concern is that people will lose confidence in efforts to control the pandemic and they will pull back from activities that they think might put them at risk of infection,” he said. “And there are some signs of that already.”

While the ” vaccine news is certainly good news, particularly in the medium term,” Powell said. But “with the virus now spreading as at fast rate, the next few months may be very challenging,”

Fed is “strongly committed to using all out tools” to support the economy. “When the right time comes, and I don’t think that time is yet or very soon, we will put those tools away,” he said. “The recovery is incomplete.”

Fed Barkin: A rough several months still but daylight on the horizon

Richmond Fed President Thomas Barkin also said the economy would face a “rough several months”. The “recent escalation in cases” of coronavirus infections “makes me believe we still have a long way to go”.

He a knowledged that the progress on vaccines are promising. However, “as best I can tell, a broad enough rollout to make us comfortable fully interacting in personal commerce again looks like sometime this summer at best”.

“That means a rough several months still but daylight on the horizon.”

BoE Deputy Governor Dave Ramsden said in a speech that the news of coronavirus vaccine is “clearly encouraging”, even if there is still “some way to go” before delivery of vaccinations. He added that the central bank’s forecasts of recovery in Q1 2021 was already based on assumption of waning direct effect of the pandemic. Hence, vaccine development doesn’t immediately warrant an upward revision to forecasts.

Still, “assuming the recent positive developments do translate into delivery of vaccinations, then they could … bolster resilience and mitigate some of the risks of long-term scarring,”

Ramsden also reiterated that “negative rates remain in the toolbox” in the Q&A section. But, “they’re not something that we’re taking out of the toolbox and applying to the UK at present.”

BoJ Governor Haruhiko Kuroda, said “the economy likely hit bottom around April-June and is expected to continue improving as a trend. That will help price growth turn positive and gradually accelerate toward our 2% inflation target.”

“If inflation hits our 2% target and an exit from our massive stimulus programme comes into sight, there will certainly be debate on how to end our ETF buying. But it’s premature to do so at this stage,” he added.

From Japan, trade surplus narrowed to JPY 0.31T in October, above expectation of JPY 0.11T.

RBA Governor Philip Lowe said it’s “incredibly mutually advantageous” for Australia and China to keep the strong trading relationship in place. But he also emphasized “over time there is tremendous opportunities to broaden out our markets”.

“Australia is in a fantastic location on the globe,” he added. “We are close to the fastest growing region in the world, we have good relationships with Indonesia and India.”

Lowe also noted, “digitalization is not only helping Australians deal with the pandemic, but it will also boost productivity and can help drive future economic growth.”

UK inflation data will be the main focus in European session. Eurozone will release CPI final. Later in the day, US will release housing starts and building permits. Canada will also release CPI.

AUD/USD failed to break through 0.7339 temporary top and retreated. Intraday bias remains neutral and further rise is still in favor with 0.7221 support intact. Consolidation pattern from 0.7413 could have completed with three waves to 0.6991. On the upside, break of 0.7339 will target at test on 0.7413 high first. Firm break there will resume larger rally from 0.5506. Nevertheless, on the downside, break of 0.7221 minor support would likely extend the consolidation pattern from 0.7413 with another falling leg. 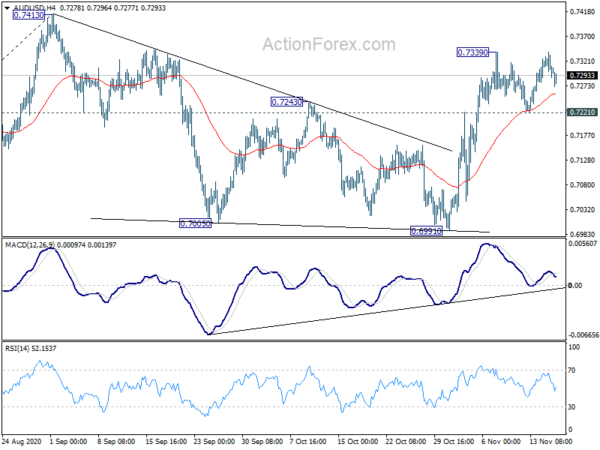 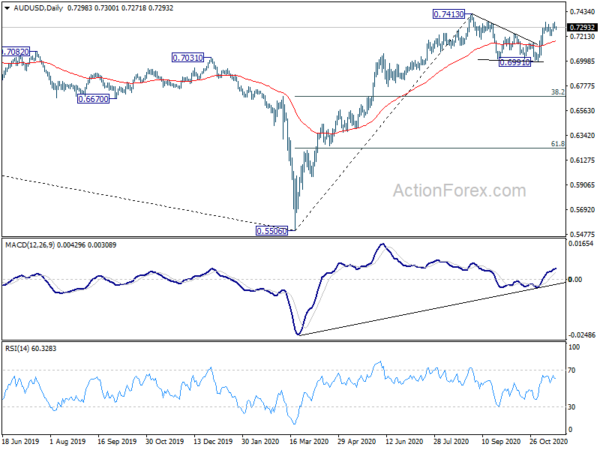