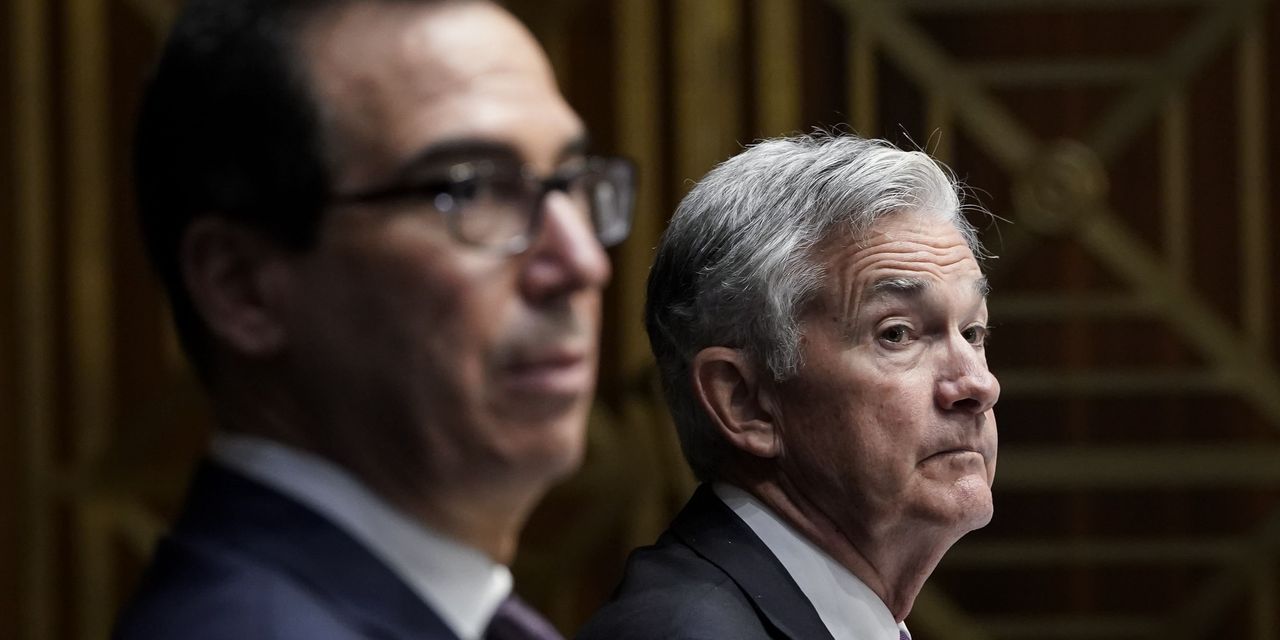 Treasury Secretary Steven Mnuchin on Thursday that he won’t support extending several of the emergency loan programs his agency set up with the Federal Reserve that are set to expire at the end of the year.

In a letter to the Fed, Mnuchin said the Fed’s innovative lending program for small- and medum-sized businesses would not be extended. He also said he wouldn’t extend the Fed’s municipal lending and corporate credit loan programs.

“The Federal Reserve facilities…have clearly achieved their objective,” Mnuchin said. “Banks have the lending capacity to meet the borrowing needs of their corporate, municipal, and nonprofit clients.”

Mnuchin also asked the Fed to return the unused funds to Treasury. “This will allow Congress to re-appropriate $455 billion,” he wrote.

In a statement, the Fed said that it opposed Mnuchin’s decision. Under the law, the Treasury secretary must agree in order for the programs to continue.

“The Federal Reserve would prefer that the full suite of emergency facilities established during the coronavirus pandemic continue to serve their important role as a backstop for our still-strained and vulnerable economy,” according to a rare statement attributable to the central bank itself.

Some prominent Republicans had argued that the Fed’s lending programs should end.

Sen. Pat Toomey, a Republican from Pennsylvania who could become the head of the Senate Banking Committee if the GOP retains control of the upper chamber, has been calling for the programs to be wound down.

The Fed programs lend money on easy terms and are designed to make sure that financing continues to flow through the economy. Economists have learned that credit flows are a lifeline for the economy — if they are blocked then great damage will follow as businesses shut and jobs are lost.

The Fed’s Main Street program was designed to get funds to businesses that couldn’t borrow. It was an experimental program and went through some difficulties getting off the ground, but Fed officials had hoped it might become useful down the road.

Dallas Fed President Rob Kaplan said earlier Thursday that he was worried the economy could sink back into a double-dip recession as the coronavirus expands at an accelerated pace across the country. In light of this forecast, Kaplan said maintaining the Fed’s emergency loan programs was critical.

St. Louis Fed President James Bullard was more sanguine about ending at least some of the programs. He said the Fed’s emergency programs could easily be restarted if necessary next year.

Fed Chairman Jerome Powell told reporters earlier this month that the Fed was just starting to talk about extending the programs. Earlier this week, he “made it pretty clear” he wanted to see them continue, according to Ian Katz, a director of Capital Alpha.

Munchin said he would continue loan programs for commercial paper and money-market mutual funds. He also backed a credit facility for primary dealers, which doesn’t need Treasury funds. Another program to continue is the Paycheck Protection Program Liquidity Facility.