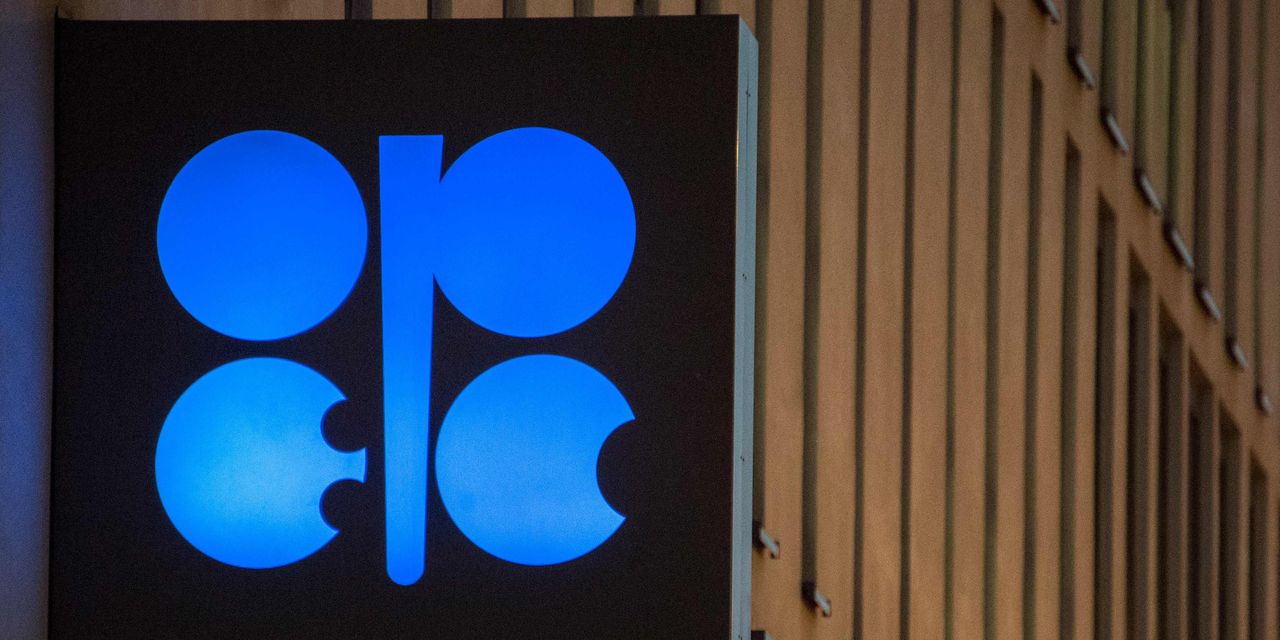 The Organization of the Petroleum Exporting Countries and their allies will spend the majority of next week in meetings to review oil market conditions, and they’re expected to agree on further increases in crude production levels, even as output from the group has made measured gains since May.

In the past, such a move would likely end up pressuring prices for oil, but times have changed. The group of producers, known as OPEC+, have “more wiggle room,” when it comes to their decision on production levels, says Rohan Reddy, analyst at Global X, a provider of global exchange-traded funds.

“Vaccination rollouts and the global economic reopening are brightening the demand outlook,” and production had previously taken a hit “due to the standstill nature of the economy after lockdown measures were implemented,” he says. “The global economy is now on much stronger footing, and it is likely that OPEC+ is more comfortable with gradual increase in their output.”

In early April, the group agreed to gradually rollback previous output cuts from May through July. Saudi Arabia also said it would ease the voluntary cuts the kingdom had been making since February. OPEC+ had been holding back roughly 8 million barrels a day of output at the time, 1 million of which represented the Saudis’ voluntary cut.

Yet, since news of that decision emerged, prices for U.S. benchmark West Texas Intermediate and global benchmark Brent crude have reached their highest levels since October 2018. The front-month August Brent contract
BRNQ21,

were on track Friday to extend the rise to their highest settlements in more than two-and-a-half years.

OPEC+ will hold technical meetings on Tuesday and Wednesday to review the oil market, ahead of official meetings of OPEC, as well as the wider OPEC+ group, on Thursday via videoconference that are expected to result in a decision on production.

In a monthly report issued in June, the International Energy Agency called on OPEC+ to raise production to meet that demand, which will likely see a faster growth rate next year, the agency said, reaching 100.6 million barrels a day by the end of 2022. The IEA said its detailed look ahead to 2022 supply balances confirmed earlier expectations that OPEC+ “needs to open the taps to keep the world oil market adequately supplied.”

The Energy Information Administration reported on Wednesday that domestic crude supplies fell by 7.6 million barrels for the week ended June 18, down a fifth straight week. It pegged commercial crude-oil stocks at a total of 459.1 million barrels, the lowest since the week ended March 6, 2020.

Given all of that, “it’s more likely OPEC+ will agree to further increase production,” Klearman says.

Reports on Tuesday suggested that OPEC+ has already discussed the possibility of further relaxing production curbs in August.

There’s also the possibility that OPEC+ decides to pause their production increases, especially given the uncertainty surrounding Iranian oil production and “concerns regarding the possible spread of coronavirus variants,” says Klearman. “If OPEC+ does decide to pause, it would probably be in the framework of looking to increase [output] in the near future.”

The U.S. and Iran have been holding indirect talks in an effort to restore the 2015 nuclear deal, which aimed to control Iran’s nuclear development. An agreement between the two nations would likely result in the U.S. lifting at least some sanctions on Iran, which would allow it to contribute more oil to the world market.

The “wild card is if the U.S.-Iran talks advance,” says Reddy, estimating that a deal could potentially bring in 1.4 million barrels a day, filling “two-thirds of the deficit projected by OPEC+ for the rest of the year.” In that case, OPEC+ “could pause production increases to balance the oil supply to support higher prices,” he says.

“
“The potential OPEC+ production increase could easily be absorbed in the market, as the global economy recovers and supply remains tapered relative to pre-pandemic levels.”
”

If OPEC+ does agree to further raise output starting in August, Brent oil prices may initially fall in a knee-jerk reaction, but then stay in the $75 to $85 range in the second half of this year, Reddy says. Meanwhile, with the U.S. economy expected to fully re-open in nearly every part of the country in July, WTI oil prices could “stay in the $80 range in the second half of the year.”

“The potential OPEC+ production increase could easily be absorbed in the market, as the global economy recovers and supply remains tapered relative to pre-pandemic levels,” he says. Still, $100 WTI prices are not likely because “that would tempt producers to raise supply levels.”