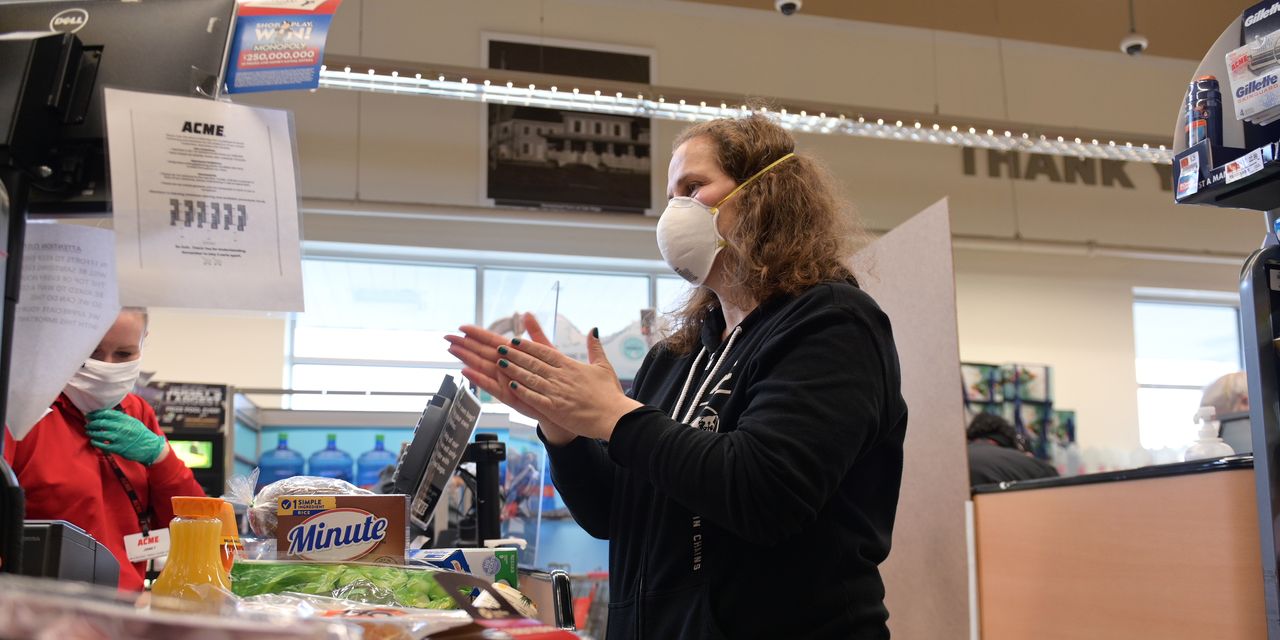 A dollar doesn’t go as far as it used to — and if you don’t believe it, go to a supermarket.

The latest consumer price index data serve as the most recent reminder. The overall index measuring the prices of goods and services rose 0.6% last month, bringing the rate of inflation to 5% year-over-year, a 13-year high. The cost of groceries rose 0.4% month over month.

After stockpiling shoppers cleaned out stores as the pandemic descended in early spring 2020, the ensuing price increases are another display of the pandemic’s far-reaching warp on supply and demand, according to experts.

Prices that increase suddenly on specific goods aren’t necessarily signs of inflation because other forces, like supply and demand and labor costs and labor shortages, can also push up prices. It can sometimes be tricky to disentangle what is and isn’t inflation.

When it comes to rising food prices, professor Jayson Lusk, who heads Purdue University’s Department of Agricultural Economics, said it’s both inflation and other factors.  “The overall rate of inflation was relatively high in May.  For food, higher wage rates and higher agricultural commodity prices are pushing prices higher,” he told MarketWatch on Thursday.

Either way, the numbers tell the tale.

Throughout 2019 and early 2020, the percentage increase was around 1%, the numbers show.

Trips to the store these days are more expensive: the average price of all grocery store food purchases as of April 2021 increased 5.7% from the same period in late April 2020, according to data from NielsenIQ, a market research business.

The “average unit price” for meat (which could group items together like a sirloin steak with chicken drumsticks) was $4.06. That’s an 8.6% increase from the same point last year, the statistics said.

COVID-19 has put new snags and costs into a supply chain in bad need of fixes, he explained.

For example, worker shortages and social distancing rules push up labor costs in the meatpacking industry, he said. Rising gas prices make trucking a more expensive endeavor, and the logistics are further complicated by more retiring truckers, Lempert noted. Meanwhile, Chinese demands for corn and soybeans drive up those prices, he said.

On top of that are new customer expectations about shopping during a pandemic, and all those plexiglass dividers, hand-sanitizer stations and cleaning supplies to wipe down scanning equipment and carts cost money.

“Somebody’s got to pay for it,” Lempert said.

Food manufacturers are all in the same boat. “That makes it easier for these companies to push it through to consumers,” Lempert added.

Yes, there are supply-chain challenges and added costs to surmount those challenges, said Greg Portell, lead partner in the global consumer practice at Kearney, a strategy and management consulting firm.

But there’s also the demand side, he said, boosted by government spending for measures like stimulus checks. “You’ve got actual dollars going into people’s pockets,” Portell noted.

Jim Dudlicek, director of communications and external affairs for the National Grocers Association, a trade association, said food prices have climbed for a number of reasons, including gas costs, consumer demand and “supply chain pressures.”

Still, he added, “As costs rise from producers and the supply chain, our members are following the same pricing structures and policies that they always have, and strive to hold off on increasing prices as long as possible.”

2020 was actually a strong year for grocery stores, seeing that so many people stayed home and devoted more of their food budget to eating in their own kitchens instead of going out to restaurants. Last year’s sales were “unprecedented,” according to Bank of America
BAC,

But as restaurants feed more people eager to get out of the house as vaccination rates rise, grocery stores face a new set of challenges in keeping customers.

“The next 12 to 18 months are going be the wild west,” said Lempert, “because we don’t know what the future holds.” For example, grocery stores, supermarkets and suppliers need to figure out how they can entice shoppers with promotions — but that takes months of planning and certainty, Lempert noted.

Increasing prices are not the new normal, in Lempert’s view. Prices should go down after suppliers, along the food industry, invest in better, more certain ways to get food on the shelves, he said.

Jared Bernstein and Ernie Tedeschi, members of President Joe Biden’s Council of Economic Advisors, wrote in April that, across the board, they expected “measured inflation to increase somewhat” over the next several months.

They cited “supply chain disruptions, and pent-up demand, especially for services. We expect these three factors will likely be transitory, and that their impact should fade over time as the economy recovers from the pandemic.”

For now though, price increases may hurt families still reeling from the pandemic.

The Biden administration announced it was expanding a program that feeds schoolchildren over the summer. The expansion could feed as many as 34 million children, according to the Associated Press.

The funding comes from money earmarked for food assistance in March’s $1.9 trillion American Rescue Plan. The rescue package devotes $12 billion for anti-hunger programs, according to the Center on Budget and Policy Priorities.

This story was originally published on May 7 and updated on June 10, 2021.