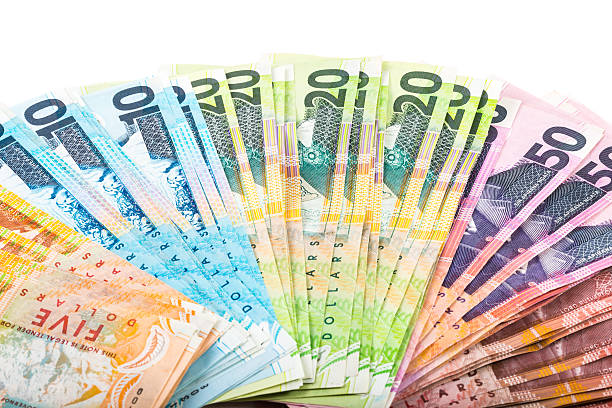 New Zealand Dollar surges broadly again today as decade high CPI reading prompted more speculations on RBNZ rate hikes. That somewhat helps stabilizes the selloff in Aussie and Loonie. On the other hand, Yen appears to be softening slightly as rally lost steam. Dollar, Euro and Sterling are mixed. As for the week, Kiwi is overwhelmingly the strongest one, but Loonie and Aussie are the worst performers so far.

Technically, focus will stays on Dollar today, especially with retail sales data featured. USD/CAD’s break of 1.2589 resistance suggests resumption of rally from 1.2005. But no corresponding movement is seen in other Dollar pairs yet. Based on this week’s development elsewhere, we’d pay special attention to AUD/USD’s reaction to 0.7413 key support level, which it’s still defending. Sustained break there would indicate deeper medium term correction is underway, probably back to around 0.7. 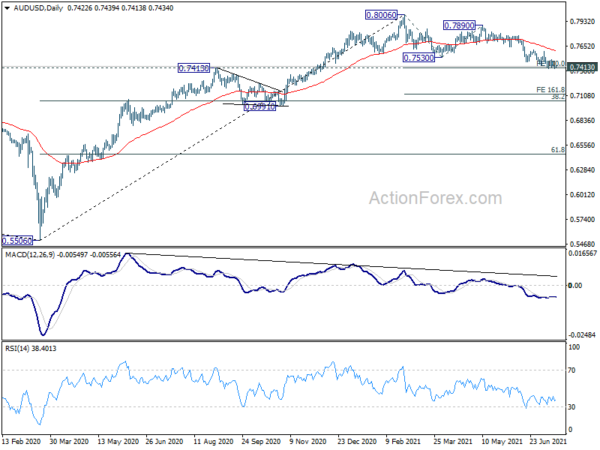 BoJ kept monetary policy unchanged today. Under yield curve control framework, short term interest rate is held at -0.1%. 10-year JGB yield target is kept at around 0%, without upper limit on JGB purchases. The decision was made by 8-1 vote, with Goushi Kataoka dissented again, pushing for further strengthening of monetary easy, by lowering short and long term interest rates. BoJ will will also continue to buy ETFs and J-REITS with upper limit of JPY 12T and JPY 180B respectively.

In the new economic forecasts, BoJ: 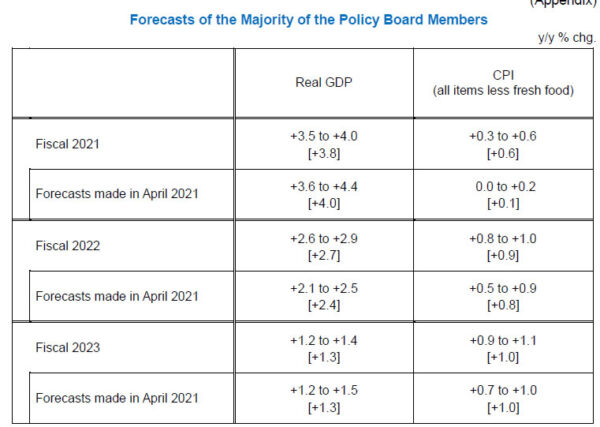 Speculations of an early RBNZ hike intensified further after the release. Westpac now expects a hike in OCR by 0.25% in August, with another hike at both October and November meeting. The developments pushed AUD/NZD through 1.0597 support today to resume the near term fall from 1.0944. Deeper decline could be seen towards lower part of the medium term range at 1.0415. 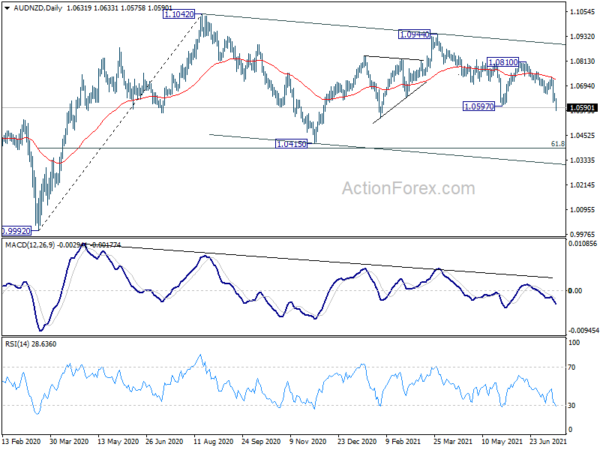 BusinessNZ’s executive director for manufacturing Catherine Beard said: “Despite the overall pick-up in activity, the proportion of negative comments (53.1%) remained higher than positive ones (46.8%).  Many of the positive comments outlined increased demand, but this is counterbalanced by significant labour shortages and logistics disruptions many manufacturers are now facing.”

Eurozone CPI final, trade balance, Italy trade balance will be featured in European session. Later in the day, Canada will release housing starts, foreign securities purchase and whole sales sales. US retail sales will be the main focus while U of Michigan sentiment and business inventories will also be featured.

USD/CAD’s rise from 1.2005 resumes by taking out 1.2589 today. Intraday bias is back on the upside for 1.2653 structure resistance. Decisive break there would confirm larger bullish reversal and target 1.3022 fibonacci level next. On the downside, break of 1.2423 support is needed to indicate short term topping. Otherwise, outlook will stay mildly bullish in case of retreat. 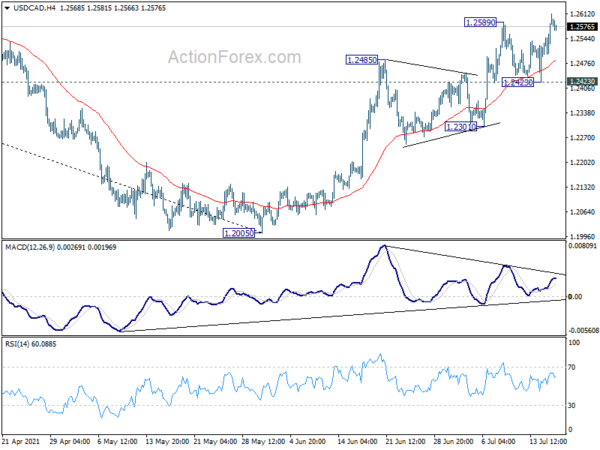 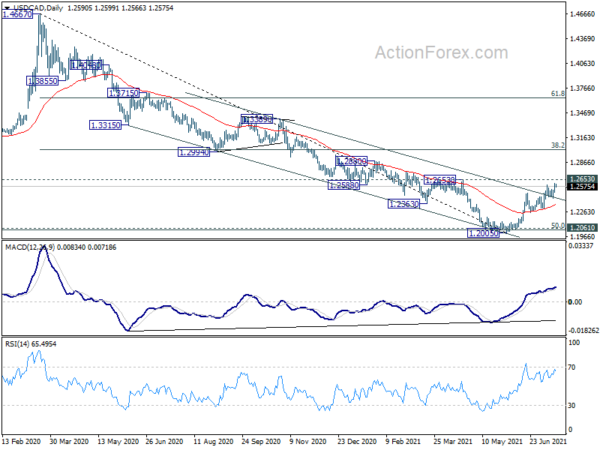