DeFi insurance is an increasingly important subject as more money flocks to the space.

The Ethereum-native people-powered alternative to insurance, Nexus Mutual, is expanding its services to other chains.

Using Nexus Mutual, users can share risk through a decentralized system of claims and refunds. While the protocol was originally designed to protect users from smart contract risks in DeFi, it is now expanding fast. In January, they added protection against exchange risks on Coinbase (NASDAQ:) and Binance (lost funds or prolonged withdrawal halts).

Shortly after, it began offering protection for centralized lending and borrowing services like Hodlnaut and BlockFi. Now, the platform is joining the multi-chain trend.

CEO Hugh Karp insisted on the importance of staying up to date with changes in DeFi and the evolution of new blockchains. Nexus Mutual has seen a sharp increase in usage in 2021. 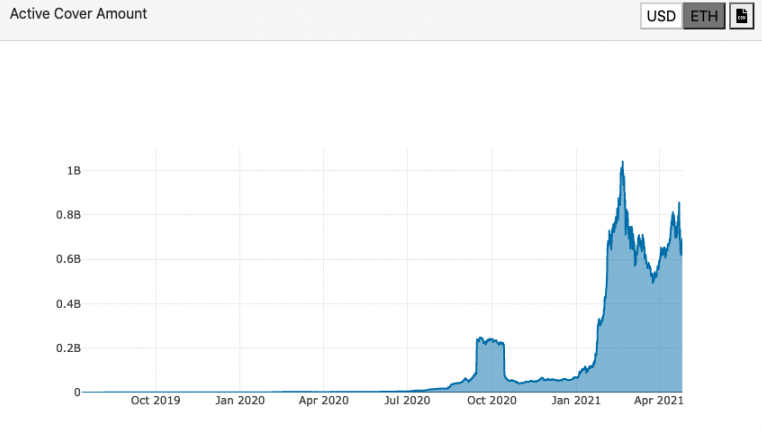 Current Amount Of Funds Protected On Nexus Mutual In USD