In May, the capitalisation of the cryptocurrency market cap fell by 42% or around $1 trillion. As a result of the retracement, about $1 million leveraged trades were liquidated.  However, the non-fungible token (NFT) market continued to grow: compared to January, the trading volumes jumped by 277% to $5.8 million per day. The recent crash has given NFTs a second wind.

A NFT is a non-fungible token that serves as an equivalent to a certificate or a signature. It can be linked to a digital artwork or legal transaction parameters, but it cannot be falsified or changed. The convenience of using NFTs has already been appreciated in digital art: these tokens have been sold at Sothbey’s and Christie’s auctions, and Mike Winkelmann’s image was sold for $69 million.

The advantages of NFTs include the transparency in buying and selling artworks, a quick identification of the true owner, the possibility to include additional parameters (such as royalty payments to the author from each resale). The cost of the token is normally the same as a transaction in the network (most of the NFTs are built on the ERC-721 standard of Ethereum’s blockchain).

A large transaction fee would scare away many participants from creating their own NFTs as the average fee reached $70 in May.

Ethereum’s problem is in the uniqueness of smart contracts, which caused an explosive growth of the NFT and DeFi markets. Because of the increased workload, the commissions would have continued to grow, but May’s market crash cooled them down – the current commission is around $8.

A relatively low commission will allow startups and young artists to use NFTs more actively for promoting their artworks. Thus, GameStop (NYSE:) is planning to enter the NFT market, after having received support from general public earlier this year. The company has launched a site nft.gamestop and opened vacancies in the fields of cryptography and design. Another example is Christie’s auction where the works of 19 modern artists and even a fashion film by Gucci will be sold. 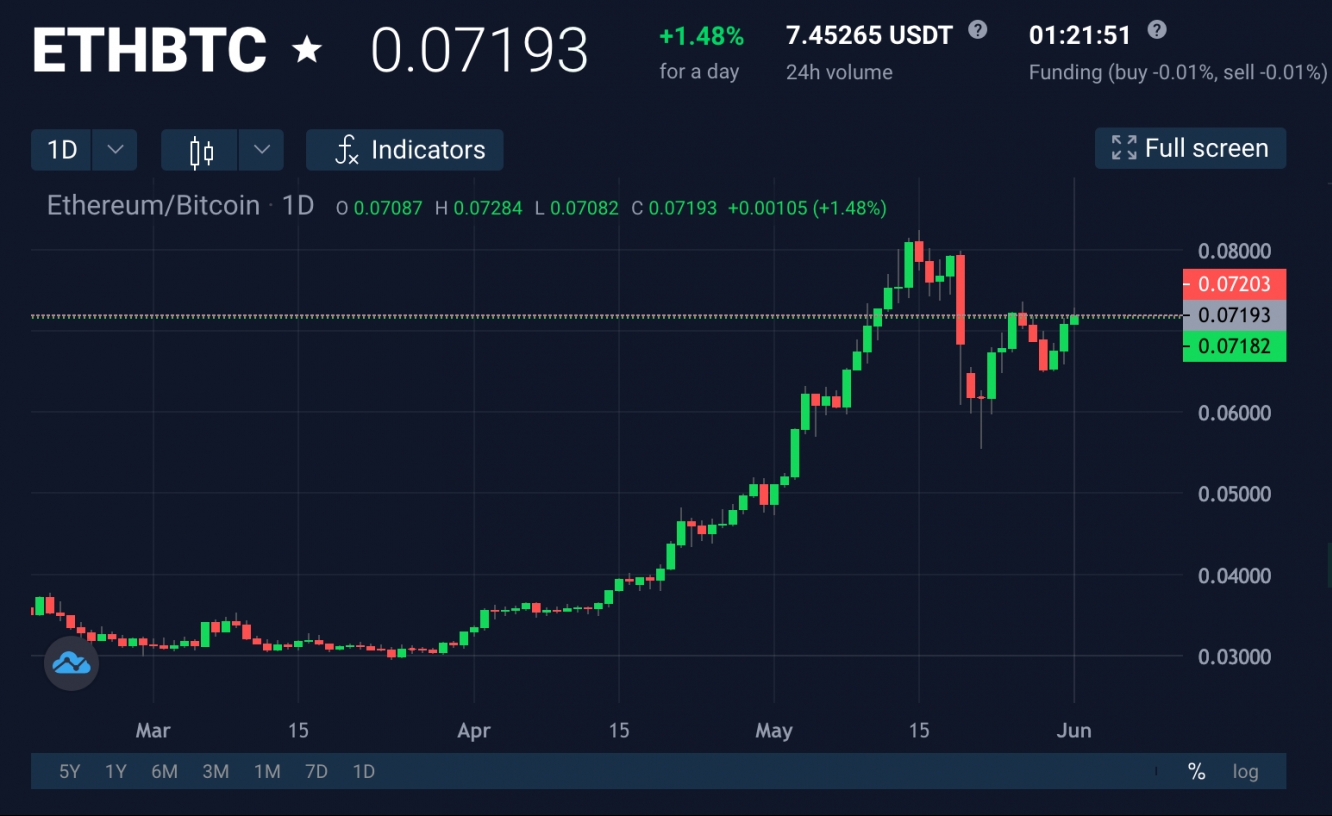 Being more practical and universal, Ethereum is recovering faster than . The continuing NFT market’s growth will give NFTs more support.