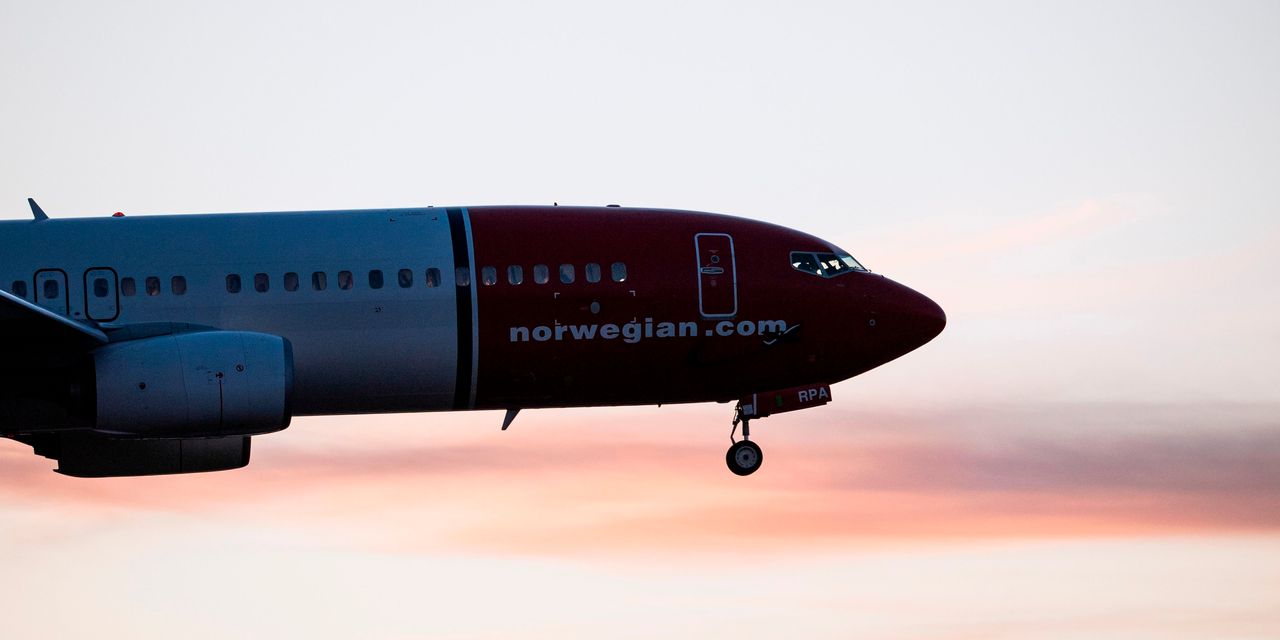 plunged almost 20% on Monday, after the cash-strapped carrier warned it was facing a “very uncertain” future. Norway’s government said it wouldn’t provide additional financial support, leaving the low-cost airline once again fighting for its survival.

“The fact that our government has decided to refrain from providing Norwegian with further financial support is very disappointing and feels like a slap in the face for everybody at Norwegian
0FGH,

who is fighting for the company when our competitors are receiving billions in funding from their respective governments,” said Jacob Schram, Norwegian Chief Executive, in a statement.

Iselin Nybø, Norway’s minister for trade and industry, said that Norwegian had asked for billions of krone of support and that the government considered it wasn’t a “sound use” of community funds.

Shares in Norwegian
NWARF,
,
which have fallen more than 98% so far this year, plummeted 19.44% in early European trading on Monday.

is a major competitor in Norway, and Hungary’s Wizz Air
WIZZ,

In May, investors in Norwegian backed a debt-for-equity swap that allowed the airline to tap state-guaranteed loans of NOK2.7 billion.

The move came after Norwegian grounded its fleet in mid-March, including its entire fleet of 37 Boeing
BA,

787 Dreamliners used for trans-Atlantic journeys, and temporarily laid off more than 80% of its workforce.

However, hopes of a recovery in its operations have been curtailed as several European countries have imposed new travel restrictions to curb the rising number of coronavirus cases across the region in recent weeks.

Norwegian said in August that it needed to secure funding this year for the next 18 months or more to see it through the COVID-19 pandemic, after it reported a widened net loss for the first half year of NOK5.40 billion ($605.7 million), compared with a loss of NOK1.41 billion.

“Based on the number of tourists we fly to Norway, we contribute to sustaining 24,000 people in our country and boost the local economy by approximately 18 billion NOK per year,” Schram said on Monday.

“That alone clearly demonstrates that even moderate financial support, would constitute a profitable investment for Norway. How anyone could come to a different conclusion is impossible to understand,” he added.

The airline is due to reports its third-quarter results on Tuesday.