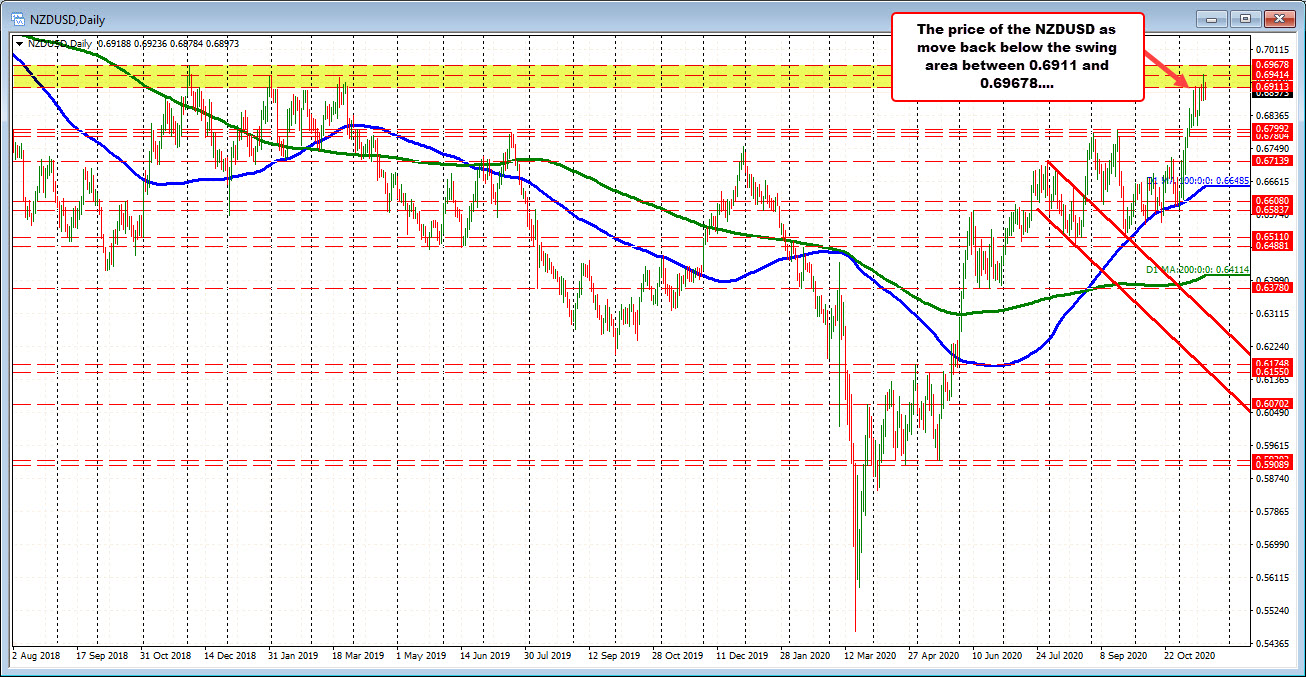 Today, the price has moved back below the low of that swing range at 0.6911.

Looking at the hourly chart below, the price tested the 50% retracement of the move up from the November 13 low to the high reached yesterday at 0.68772 (see chart below). Buyers reentered and pushed the price back up toward the 0.6911 level (i.e. low swing area from the daily chart above)with the high price reaching 0.69126.

However, sellers leaned against that swing area and have now push the price back toward its 100 hour moving average at 0.6893.

A move back below the 100 hour moving average would tilt the intraday bias a little more to the downside with the 50% at 0.68772 and the rising 200 hour moving average at 0.68691 as the next downside targets. It would take moves below those levels to get traders thinking that the high price is in place at least for now, and there should be more downside probing.

Failure to move below those levels and the price action is just a minor correction in a bullish market.

US dollar continues to tumble

What does VCOIN’s SEC authorization mean for securities law and crypto? By Cointelegraph