Oil futures climb back to more than 2-year highs, with U.S. prices above $70 a barrel 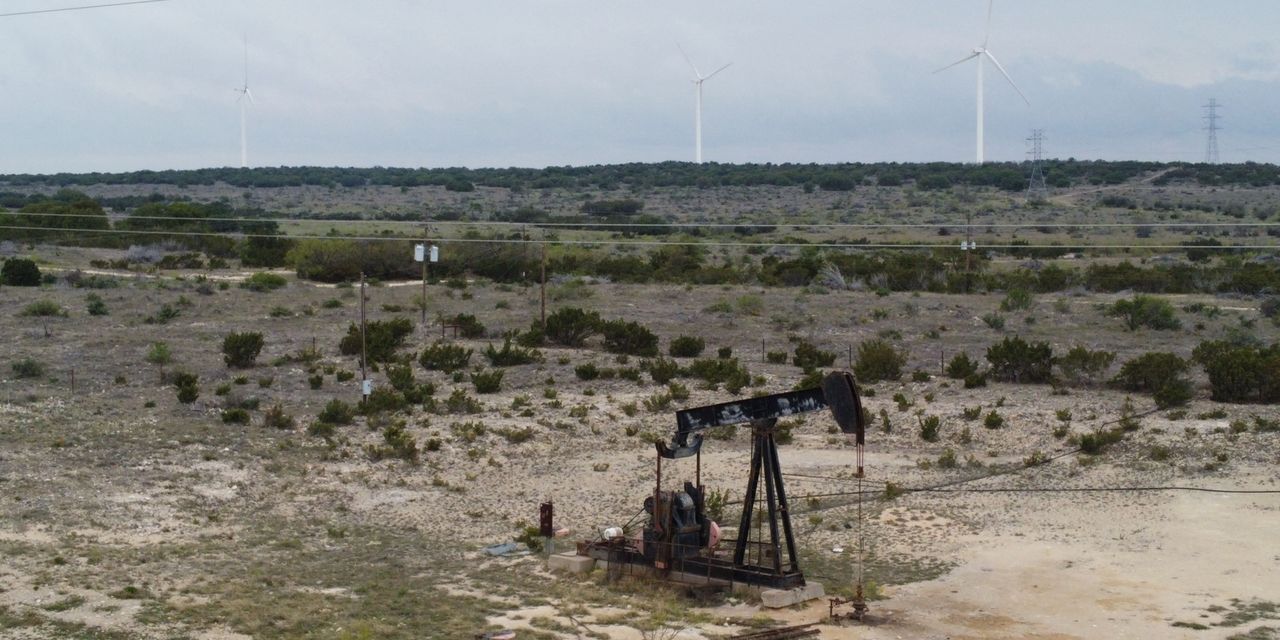 Oil futures climbed back to their highest levels in more than two years on Tuesday, with U.S. prices settling above $70 a barrel.

Prices got a boost from expectations of further improvement in U.S. energy demand. The Energy Information Administration also raised its 2021 oil-price forecasts and traders looked ahead to an EIA report due Wednesday that’s expected to show a third-weekly decline in domestic crude inventories.

A recent survey also revealed that major oil producers followed through with their plan to gradually increase output in May.

Tyler Richey, co-editor at Sevens Report Research, said he didn’t see any specific headline toward the end of the regular trading session that would push futures higher, but the “market just had a strong feel to it once things stabilized” after an early session washout to the downside.

It’s “almost as if the overnight run to $70 a barrel on Sunday became a bullseye of sorts,” he told MarketWatch.

Fundamentally, the market appears to be “confident” in the ability for the Organization of the Petroleum Exporting Countries and their allies, together known as OPEC+ to “manage the gradual increase in collective production” they’ve agreed to, through the end of July, said Richey.

Demand expectations, meanwhile, “remain optimistic given global reopening efforts and view that there will be some degree of a return to economic normal in the months ahead,” he said.

rose 82 cents, or 1.2%, to settle at $70.05 a barrel on the New York Mercantile Exchange. Prices based on the front-month contracts, marked the highest finish since October 2018, according to Dow Jones Market Data.

Weekly data on U.S. petroleum supplies will be released by the EIA on Wednesday. On average, analysts forecast a decline of 4.1 million barrels in domestic crude supplies for the week ended June 4, according to a poll conducted by S&P Global Platts. The survey also showed expectations for supply increases of 1 million barrels for gasoline and 400,000 barrels for distillates.

In a monthly report released Tuesday, the EIA forecast this year’s West Texas Intermediate crude prices at an average $61.85 a barrel, up 5% from the May forecast. Brent crude is expected to average $65.19 this year, up 4.7% from the previous forecasts. The EIA, however, slightly lowered its WTI and Brent price forecasts for 2022.

Domestic gasoline consumption is likely to average 9.1 million barrels a day this summer, which runs from April to September — 1.3 million barrels per day more than last summer, but down 400,000 barrels per day from the summer of 2019, the EIA report showed. The EIA also expects U.S. regular gasoline retail prices to average $2.92 a gallon this summer, up from $2.07 last summer.

Crude-oil production from OPEC+ climbed by 430,000 barrels per day in May, according to an S&P Global Platts survey released Tuesday. The survey data showed that OPEC+ compliance with its current production agreement has been “mostly steady,” at 111.45% in May, compared with 111.16% in April.

The survey seemed to confirm that compliance with its agreement is “historically high and that continues to help trader confidence in OPEC+ right now,” said Richey.

OPEC Secretary General Mohammed Barkindo, who delivered the opening keynote at the 2021 RBC Capital Markets Energy, Power and Infrastructure Conference, said the return of Iranian barrels to the oil market is a very important variable, according to a note from RBC Capital dated Tuesday. He said OPEC is closely watching the ongoing nuclear negotiations and are uncertain on the timing and how long it will take for Iran to ramp up production to pre-sanctions levels.

For now, “observers are beginning to accept that it will take some time yet before Iranian oil exports return to the market,” said Eugen Weinberg, commodity analyst at Commerzbank, noting remarks by U.S. Secretary of State Antony Blinken, who said it was unclear if Iran was willing to comply with the conditions of the 2015 nuclear agreement.

“The combination of global COVID recovery, anti-coal sentiment, and dollar weakness has been a powerful force” in natural gas, said Arnim Holzer, macro and correlation defense strategist with EAB Investment Group, in a note Tuesday. This is “quite a different environment” from the days of natural gas “being a flare off asset,” he said, referring to the burn off of associated gas from oil and gas wells.