Oil prices went negative a year ago: Here’s what traders have learned since 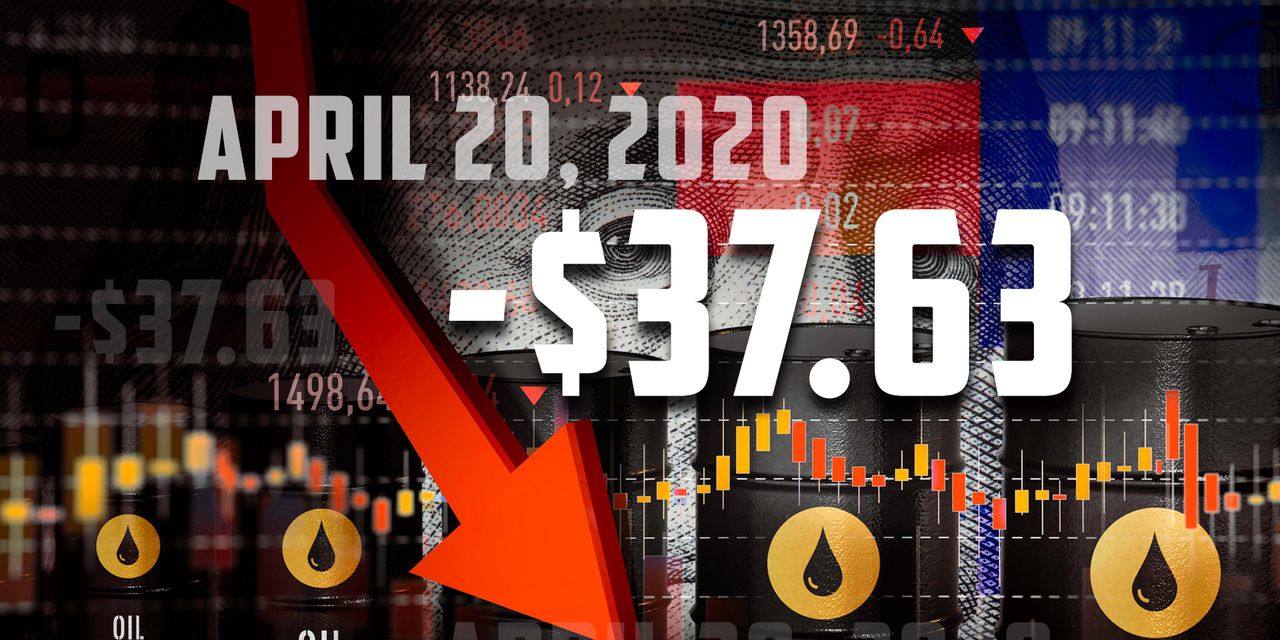 It’s been a year since U.S. benchmark West Texas Intermediate crude futures made history by trading and settling in negative territory, and while prices have recovered to trade above pre-COVID 19 levels, that day won’t be soon forgotten.

“Last year proved that we hadn’t seen it all in the oil world,” said Bjornar Tonhaugen, head of oil markets at Rystad Energy, in emailed commentary on Monday. “Many failed to see the gravity of what was coming,” including oil producers, the Organization of the Petroleum Exporting Countries and their allies, governments and analysts.

The one-day plunge was the largest based on records going back to 1983, and the settlement was the lowest on record, according to Dow Jones Market Data, marking the first and only time a contract closed with a negative value.

Seeing prices turning negative, in part due to a “storage risk,” which Rystad Energy and others had previously highlighted, “meant the discovery of a new market condition,” said Tonhaugen. “It was an ‘oil Everest, but in reverse’. Oil prices not only hit rock bottom, but they also broke the rock.”

“
“Oil prices not only hit rock bottom, but they also broke the rock.”
”

Negative prices were a result of “the market itself postponing an action plan, thinking that the problem will go away on its own,” he said.

Producers did not want to halt production, hoping that the low prices wouldn’t last long and OPEC+ could not immediately agree on policy, said Tonhaugen. At the same time, “oil storage was filling up quickly, forcing oil tankers to become floating storage.”

“When that bubble was about to break, panic took over and traders who couldn’t take on and store any more product they wouldn’t be able to sell,” he said. They “tried to offload their excess commitments, but nobody wanted to buy.:

Overall, the negative prices were the result of the market “not being experienced and prepared for what was coming,” since pandemics don’t usually happen more than once per generation or less, said Tonhaugen. But a pandemic could happen again, he said, and if oil demand “goes to the red again, now oil producers, OPEC and governments have the experience to deal with it.”

That makes another round of negative prices “unlikely,” he said.

Prices for WTI have rebounded since, with the May contract
CL.1,

settling at $63.38 a barrel Monday on Nymex. Based on the front month, prices have climbed nearly 31% year to date.

Marshall Steeves, energy markets analyst at IHS Markit, meanwhile, described the historic price plunge as the day the “bottom fell out” from oil, and said it came in the early days of the pandemic when demand was “decimated almost overnight due to the world-wide shutdowns that occurred from last March onward.”

WTI oil prices were also dealing with the pending front-month contract expiration, with the May contract expiring at the end of the following day’s trading session. “It was the penultimate trading day of the expiring contract,” so open interest and volume were both declining and therefore liquidity as well, said Steeves.

It is “conceivable” that a fall to negative prices could happen again, he said, “given the peculiarities of delivery” to the Nymex delivery point at Cushing, Okla., in terms of pipeline and storage capacity. He pointed out that there’s a finite amount of pipeline capacity to transit crude in and out of storage at Cushing.

If a soon-to-expire oil futures contract experienced a decline of open interest and liquidity ahead of expiration, the lack of liquidity could cause exaggerated moves in prices, but it’s “difficult to foresee such a situation absent another global event, such as COVID-19, said Steeves.

Looking further ahead, “with the progression of the energy transition, it is conceivable that volume in crude oil trading could enter a secular decline as global demand turns toward renewables,” he said. “But that situation may be several years away at this point.”