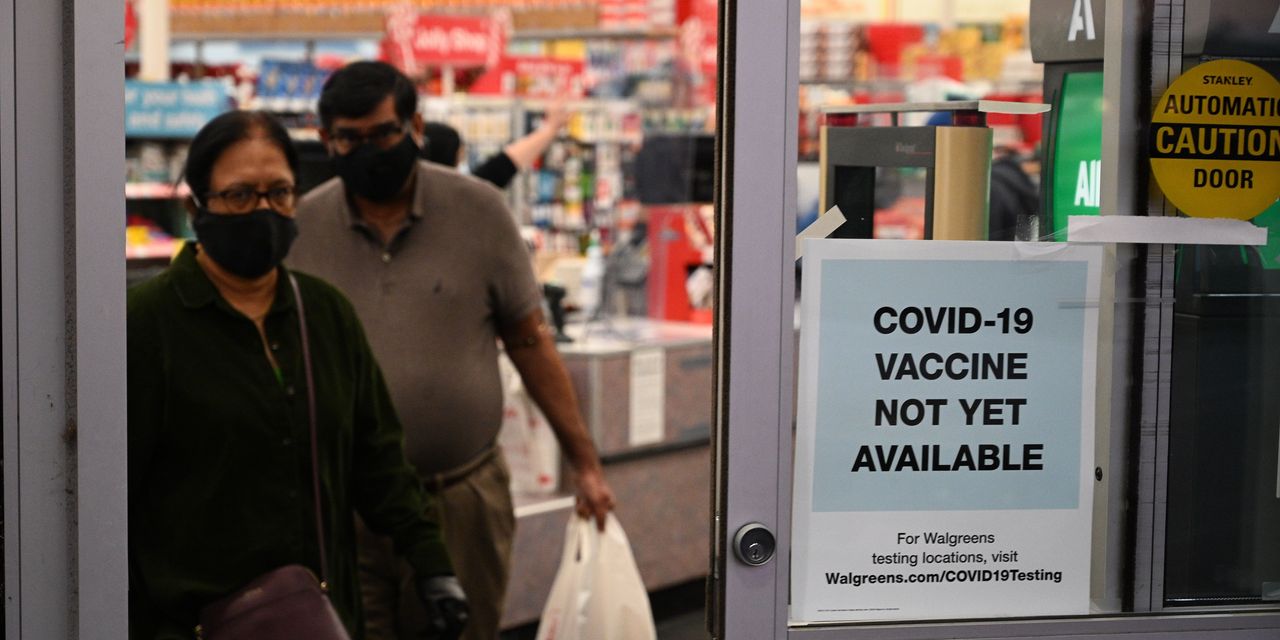 Progress is being made on a coronavirus vaccine — already two candidates have reported Phase 3 clinical trials that indicate an efficacy rate that is higher than 90%. But the effectiveness of these vaccines also depends on people’s willingness to get vaccinated if one becomes readily available to the general public.

As it stands, many Americans say they are hesitant to get vaccinated, especially those who are over 50 years old and/or from Black and Latinx communities.

Some 46% of Americans ages 50 to 80 would rather wait for others to get vaccinated first before doing it themselves, according to survey findings published Tuesday in the University of Michigan’s National Poll on Healthy Aging. Among people in that age group, 14% of the more than 1,500 Americans surveyed said they don’t want to get a COVID-19 vaccine at all.

That’s worrisome to health experts because older Americans are considered at a higher risk of contracting and developing serious cases of coronavirus.

“Effective vaccines will be crucial to getting this pandemic under control and preventing serious illness and death from COVID-19, especially among people over 50 and those with underlying health issues,” said Dr. Preeti Malani, the poll’s director and a specialist in geriatrics and infectious diseases at Michigan Medicine.

Coronavirus update: U.S. is ‘in the middle of the Fight of the Century,’ says former CDC head as cases rise in 45 states, hospitalizations set record

“Our findings point to a strong need to communicate effectively and transparently about how well the vaccines work, the safeguards built in to protect the safety of recipients, and the public health importance of widespread vaccination starting with priority groups.”

Frontline public health care workers are expected to receive priority access to a COVID-19 vaccine if one becomes available.

“As the public sees health care workers taking vaccinations and being the first ones to do it, as we see the effectiveness, and we see the clinical results, that will then build confidence depending on what the evidence is, and what we’re seeing about the initial safety from the initial groups,” Dr. Atul Gawande, a member of President-elect Joe Biden’s coronavirus task force, told MarketWatch in a Nov 9. interview.

The Trump administration has said a vaccine will be free of charge, but for many Americans, hesitation to receive vaccination boils down to out-of-pocket costs. A third of respondents in a Sept. Axios/Ipsos Coronavirus Index poll said they wouldn’t be willing to pay any amount of money for a vaccine.

In addition to concerns over cost, efforts to distribute a vaccine could be stymied by many Americans’ distrust of the medical establishment.

Black Americans still bear the psychological scars of the Tuskegee Syphilis Study that began in the 1930s and lasted through the 1970s. Researchers on that study withheld treatment from uneducated Black men who had syphilis, and never told them they had the disease. Distrust of health care workers and clinical trials among Black Americans prevails to the present day.

Some 14% of Black Americans trust that a coronavirus vaccine will be safe, according to a survey findings published Monday by COVID Collaborative, a nonprofit coalition of health experts. That’s compared to 34% of Latinx Americans who trust that it would be safe. (The survey did not include white Americans.)

The survey was conducted from Sept. 1 through Sept. 15, before Moderna
MRNA,
,
AstraZeneca
AZN,

“The negative correlation between Black identity and vaccine intention suggests that education efforts should work to acknowledge the harm that historical vaccination efforts have caused (notably, the Tuskegee Syphilis Study),” the authors of the study wrote.

Crypto tech vs. COVID-19: How hospitals are using blockchain in the vaccine rollout