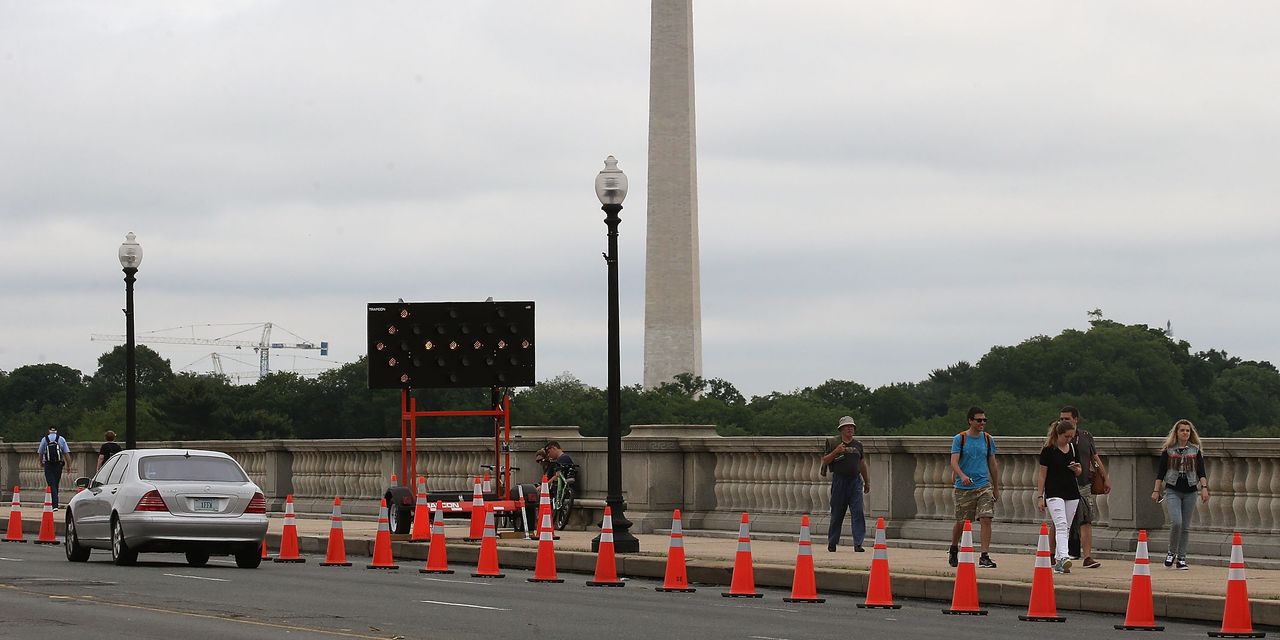 President Joe Biden will not get all of his proposed $1.9 trillion stimulus program in a tightly divided Congress—the $15 an hour minimum wage, additional $1,400 in stimulus payments to individuals, and $350 billion in aid direct aid to states are flashpoints with Republicans.

However, beyond the immediate crisis, a bold infrastructure program offers Biden an opportunity to forge unity—a sense of national purpose to rescue the nation from another four years of partisan distrust.

The American Society of Civil Engineers estimates congestion on roads, rails and elsewhere imposes $400 billion a year in lost productivity, and a 10-year $2 trillion program is need to bring transportation systems and other infrastructure up to snuff.

Before the COVID-19 meltdown, New York City’s slow, crowded and moribund subway system was estimated to need $40 billion to rehabilitate it to the standards of the London and Paris systems but budgeted only $800 million for upgrades.

Bringing the federal gas tax, last adjusted in 1993, in line with inflation—along with increased user fees for mass transit, bicycles and recreational vehicles that also benefit from the Highway Trust Fund—would raise $50 billion a year.

Congress won’t be inclined to cut spending elsewhere to find another $150 billion annually but borrowing the balance to invest $2 trillion over 10 years should boost gross domestic product by $400 billion. A 20% rate of return against a 10-year Treasury
TMUBMUSD10Y,

rate of about 1% looks like a pretty good business proposition.

This is wholly different from borrowing for present consumption—for example, boosting Affordable Care Act subsidies or food stamps. Still, getting fiscal conservatives in Congress to go along would be a terribly hard sell.

It requires Washington to spend the money efficiently, but the Davis-Bacon Act effectively requires federally funded projects to hire workers at union wage rates and work rules and imposes regulatory burdens that have been estimated to raise costs about 20%.

A Democratic administration prepared to create 1.5 million jobs should have the carrots to forge a deal with unions to streamline work rules and accomplish regulatory reforms. That could persuade Republicans this is really an investment in improved supply-chain efficiency and labor-market reform.

The secretary of transportation could get a quick list of transit projects from state officials but most of those focus on pre-pandemic patterns of travel. As work from home continues, city office buildings will be repurposed into residences, employee and business centers will spread far from metro areas, and mass transit, buses and airports will be used less intensively and in very different patterns than just a few years ago.

Clearly, many upgrades could be initiated quickly but a hurried upgrading of transportation systems could give us a lot of underused capacity. State transportation officials are inclined to project the future by multiplying past usage patterns by simple growth rates. All that must be replaced with new master planning.

The U.S. auto sector is committed to a clean-energy transformation with plans to offer 121 mostly-new EV models by 2025. Five of the largest electric utilities are aiming to become carbon free by 2050, and others are setting similar objectives.

The European Union already has in place plans to build and create the charging infrastructure for 30 million EVs by the end of this decade, and China is aggressively supporting several EV manufacturers.

Biden wants to build 500,000 charging stations but the needed configuration is not readily apparent. In Queens, NY, EVs can be adequately serviced with mostly slow, less expensive overnight charging stations, because motorists won’t expire their batteries on most days. Whereas in Wyoming fast charging is needed to accomplish frequent longer trips.

How far we should take that distinction is acutely determined by emerging battery technologies that will extend capacity and radically improve charging speed opportunities. Those could arrive quickly, alter optimum charging station configurations, and render a new network obsolete even as it is going up.

The bottom line is that spending $2 trillion must entail re-imaging what we need and by building cooperation and consensus among disparate private-sector and state and local government actors.

For Biden, this poses a great opportunity to refocus the nation away from identity politics and ideological bickering to a greater public purpose—a new, restored and repurposed American prosperity.