Opinion: Bucs, not Chiefs, will win one for the bulls if the Super Bowl Indicator is right 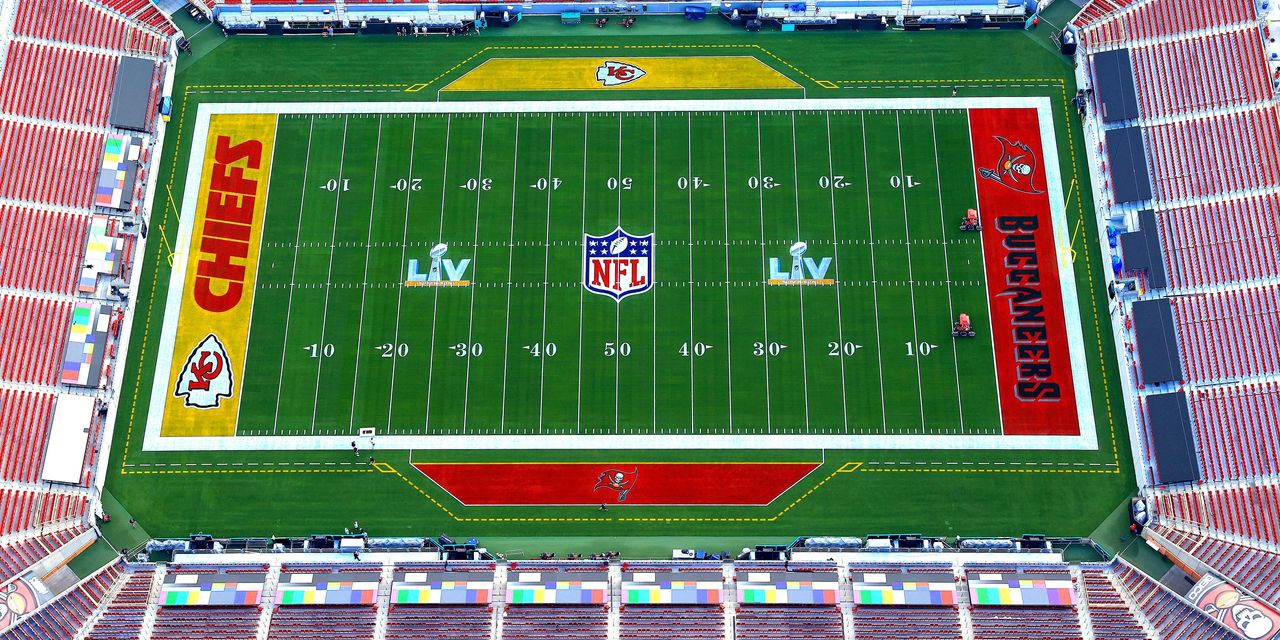 Would a Tampa Bay victory in this year’s Super Bowl be good for the U.S. stock market? For followers of the famous Super Bowl Indicator, this is an important question.

The Super Bowl Indicator predicts that stocks will rise if the game’s winner traces its roots to the original National Football League before its merger with the American Football League in 1966 — and fall if the winning team can trace its root back to the A.F.L.

Tampa Bay has no roots in either league, since it’s an expansion team that joined the N.F.L. in 1976. So, for a precise interpretation of what a victory by an expansion team would mean, I dug through archives to find out what the originator of the indicator had to say. He was Leonard Koppett, a baseball Hall-of-Famer and sports writer; his first mention of the indicator, as far as I can tell, was in Sporting News in February 1978. Unfortunately, Koppett, who died in 2003, did not provide consistent advice on how to interpret an expansion team victory.

In a 1989 article for the New York Times, for example, Koppett wrote that—per his indicator—stocks will rise from Super Bowl Sunday through the end of the year whenever the winning team cannot trace its roots back to the original A.F.L. That would suggest, by interpretation, that a Tampa Bay victory would be bullish for the stock market.

But in another article after Tampa Bay won the Super Bowl in 2003, Koppett wrote that his indicator had “nothing to say” about how the stock market would perform that year.

The Indicator’s record over several decades is found in the chart below. Notice I calculated the odds beginning in 1978, which is when Koppett first wrote about the Super Bowl Indicator. Up to that point, it had a perfect track record — with the S&P 500 rising every time an original N.F.L. team won and falling every time an original A.F.L. team won. But it’s a big statistical no-no to calculate an indicator’s track record with the data originally used to “discover” it in the first place.

So-called real-time tests are a gold standard in statistical analysis, since only in that way can you reduce the odds that the prior correlation was simply a random fluke. Needless to say, the Super Bowl Indicator fails a real-time test.

The oilman who goes to heaven

Before leaving the subject of the Super Bowl Indicator, I want to address one of the more peculiar comebacks to analyses such as the one I’ve presented here. Some insist that the Indicator still has validity, even while conceding that its statistical record is worthless. What makes it still worth following, they say, is that enough clueless and gullible investors think it is worthwhile.

Koppett himself had little patience for this line of argument. He introduced the Super Bowl Indicator as a joke, not as something to be taken seriously. When the Indicator nonetheless caught on, he said it was an “embarrassment.” Near the end of his life, he wrote that it would be a “relief” if the indicator could be declared “dead as a doornail.”

Koppett’s struggle with his “joke” reminds me of another one that illustrates his point. This other one was recounted by Warren Buffett a number of years ago; it supposedly was told to him by Benjamin Graham, the father of fundamental analysis and author of The Intelligent Investor:

An oilman dies and is told by St. Peter that while he deserves to get into heaven, there is no more room since there are already too many oilmen there. The oilman asks if it’s OK for him to try to convince some of the oilmen already in heaven to go to hell, thereby opening up a spot for him, and St. Peter agrees. The oilman finds a convention of oilmen in heaven and yells to them that oil’s been discovered in hell. Pretty soon there is a steady stream of them headed straight to hell, surprisingly with our newly deceased oilman following fast on their heels. When asked why he was turning down a spot in heaven, the oilman replied that, you never know, the rumor about the oil discovery just might be true.

Don’t become the butt of Koppett’s or Buffett’s joke.

Plus: Dolly Parton talks about her Super Bowl commercial ‘5 to 9’ and her $1 million donation for COVID-19 research