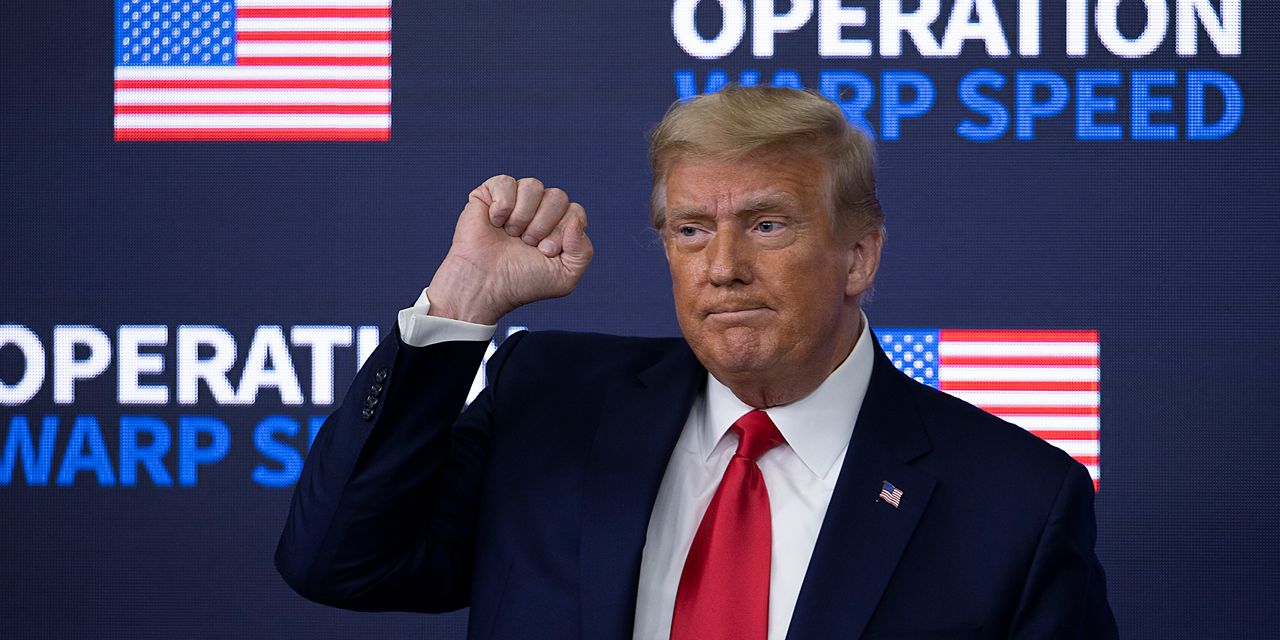 CHICAGO—A recent commentary in The Wall Street Journal exposes the dark hole into which conservative economic thinking has sunk since the pinnacle of its influence in the 1980s. Economists Casey B. Mulligan and Tomas J. Philipson of the University of Chicago, both of whom served in Donald Trump’s administration, have used the COVID-19 pandemic to make the case for abandoning what they see as the conventional wisdom among economists: “that the purpose of government policy is to correct market failures.”

It thus follows (they claim) that the COVID-19 pandemic was the result of government policy. Either the virus escaped from a Wuhan laboratory that had received U.S. government funding, or it spread because Chinese authorities failed to inform the world in time, and because the U.S. government flip-flopped on its messaging about face masks and lockdowns.

“
Mulligan and Philipson are accomplished economists. It is mysterious that they take the worst market failure in decades as an opportunity for arguing that markets solve the problems created by government.
”

Mulligan and Philipson then argue that it was private enterprise that “quickly controlled” the pandemic (all thanks to Trump, of course), even though the virus is still running rampant. “Getting the government out of the way was essential,” they write. That was “the goal of President Trump’s Operation Warp Speed.”

Operation Warp Speed was indeed a success, but it was also a classic government intervention in the free market. Costing more than $10 billion, it was designed to correct a market failure—exactly the opposite of what Mulligan and Philipson claim. The market failure was the lack of incentives for private companies to invent and distribute a vaccine, presumably because the costs and risks could not justify the return if they succeeded. The government stepped in by throwing money at the companies, guaranteeing a market, and supplying technical advice and coordination.

This intervention was no different in spirit from mask requirements and lockdowns, which also solve a market failure. Without government regulation, many individuals and businesses would externalize the risk of passing infections on to others by failing to take adequate precautions.

Market incentives to harm others

A market failure occurs whenever a private agent’s actions cause social costs that exceed private costs. Such instances are ubiquitous. When people are rational and amoral (as economists normally assume), they have every incentive to dump waste in rivers, drive faster than is safe for pedestrians, cyclists, and other drivers, and spread contagious diseases to others if they feel well enough to go out.

True, governments make mistakes. Maybe China did regulate the Wuhan lab insufficiently, or the U.S. government unwisely sent funds to a foreign lab without ascertaining first that it operated safely. But what is the alternative? There are researchers around the world studying and modifying dangerous viruses in order to develop vaccines and therapies against them. When done safely, this work is valuable. In a free market for such research and development, the government would impose no safety regulations at all on private labs. Researchers (and anyone else) would be allowed to operate however they liked.

Could this really be what Mulligan and Philipson advocate? Clearly, the only solution to government failure is better government policy, not no government policy. The elimination of government involvement in vaccine research—both to promote and regulate it—would be disastrous.

Mulligan and Philipson might also have argued that the Food and Drug Administration or the Centers for Disease Control and Prevention should be abolished, or advocated scrapping the enormous range of federal and state laws that public-health authorities used to shut down businesses and impose mask mandates. These agencies and statutes allow the government to address problems of public health, including contagious diseases—a market failure par excellence.

FDA emergency authorization has been important for overcoming the doubts of the vaccine-hesitant, while CDC guidelines—as frustrating as they may be—have helped local public-health authorities understand their options. These government interventions have been a godsend for businesses, which have relied on them in determining how to treat employees and customers. (Contrary to Mulligan and Philipson’s claim, businesses did not figure these things out on their own.)

In a remarkable statement, Mulligan and Philipson write that, “Politicians craft tax policy to favor certain interest groups, but the private sector corrects such failures by substituting to less-taxed activities.” This, apparently, is another way that “markets” save us from “government failure.”

But, in fact, when economists use the word “tax,” they are referring not just to levies on income, but, more broadly, to sanctions imposed on polluters, fraudsters, criminals, reckless drivers, financial institutions that risk their customers’ money, and anyone else who causes harm to others. When private actors respond by substituting to less-taxed but functionally similar activities, that is called “regulatory arbitrage,” and it is an enormous problem whenever the taxed activity, like pollution, causes harm (as is usually the case).

Saving markets from their own behavior

The “government-bad-market-good” argument had a good run back in the 1980s. But it was dealt a body blow by the 2008 financial crisis, when “good” government, led by the Federal Reserve, rescued financial markets from self-destruction caused by the deregulation promoted by free-market advocates. Another blow has come with the pandemic, which itself most likely emerged in a free (wet) market in Wuhan, where people could buy and sell live animals without paying adequate attention to the risk of zoonotic infection.

Government programs and interventions such as mask mandates have helped mitigate the worst effects of the pandemic. Trump’s major achievement was using government to create the conditions for rapid vaccine development; his major failure was not going further and undermining efforts by state and local governments to control the pandemic.

Mulligan and Philipson are accomplished economists. It is mysterious that they take the worst market failure in decades as an opportunity for arguing that markets solve the problems created by government.

Redefining a massive government intervention as “getting out of the way of business” seems at best an effort to rationalize their former boss’s political opportunism by treating his multiple failures to use government to address the pandemic as continuous with his one real achievement. This kind of argument hardly rescues free-market economics from its latest moral and intellectual failures, and will only sow public confusion as governments gear up to confront another wave of infections.

Eric Posner, a professor at the University of Chicago Law School, is the author of the forthcoming How Antitrust Failed Workers.

This commentary was published with permission of Project Syndicate—COVID and the Conservative Economic crackup.