Opinion: Some tech workers are leaving San Francisco. They won’t be missed 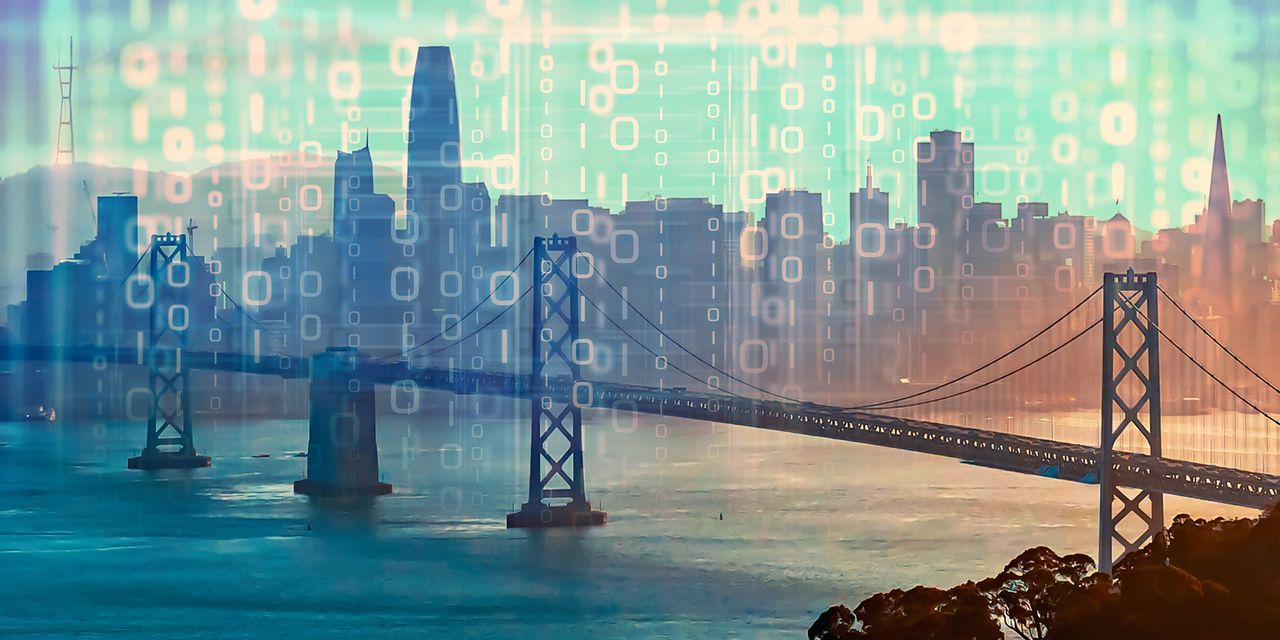 The post-recession tech boom in San Francisco appears to be reaching some form of an ending. Thank goodness.

San Francisco is a boom-and-bust town, ever since its first real population surge, the Gold Rush of 1849. And just as some of the transient miners who trounced upon San Francisco en route to the Sierra foothills eventually left, some tech workers are finding the exits. However, instead of a tech exodus from the city and Silicon Valley that has been described by some media, it’s a lot more like letting excess air out of over-inflated tires — for the past few years, San Francisco has needed some breathing room.

Don’t miss: Silicon Valley is not suffering a tech exodus, and money is flowing in at record rate

As someone who has lived in the City by the Bay for more than 20 years and grew up in the Bay Area, I have seen it play out. I remember how the dot-com boom changed the city in the late 1990s, and the hand-wringing when both well-known companies and fly-by-night startups abruptly closed their offices at the beginning of the millennium, sending many of the tech carpetbaggers back to the Midwest, the East Coast, or wherever they came from.

But this time around was not the same. For those who remained in San Francisco, who love the unique and quirky city of hills, the impact of this more recent boom has seemed much worse. It created an even deeper divide, a city of have and have-nots, which appeared at times to have lost its soul. And it has been long and more enduring, as huge companies became more embedded in the city’s fabric, as seen in the omnipresent Salesforce Tower, now the city’s tallest skyscraper.

While during the first big tech boom, startups were based in both the South Bay and in the city, San Francisco’s startups seemed prone to bigger, more stunning failures and largely didn’t last, maybe because they spent more on insane launch parties to get the city’s media attention, or were just ahead of their time — like Pets.com, an online pet store replicated in a recent IPO success, Chewy Inc.
CHWY,
.
While many companies in Silicon Valley survived the bust and became today’s tech stalwarts — from Alphabet Inc.’s Google
GOOGL,

The second generation of San Francisco tech companies have fared much better than their forebears, and some of the largest have largely done so by profiting from the desperation of a different class of workers. Uber
UBER,
,
Lyft Inc.
LYFT,
,
Instacart, and their Palo Alto-based brethren DoorDash Inc.
DASH,

created a business model around the resources of contractors, keeping their operating costs low, based on the same mindset: using smartphone apps to make lives easier for the types of well-heeled urban professionals that worked there, at the expense of low-paid workers.

These startups paid their tech workers well — including in stock that eventually became publicly traded at multibillion-dollar valuations — while the “gig workers” who actually made the process work received small stipends and few to no benefits. It is no wonder that their employees, and their colleagues from other tech companies, acted like entitled royalty, creating class warfare with an inequitable situation: Huge, overinflated rents that often shoved out lower-income residents or made it impossible for them to live in the city, even if they spent most of their working days here.

The gig-economy companies were joined by other successful companies that are the heart of a massive economic engine: Salesforce.com Inc.
CRM,
,
Twitter Inc.
TWTR,
,
Pinterest Inc.
PINS,
,
Yelp Inc.
YELP,
,
Square Inc.
SQ,
,
and many others. In addition, to lure the younger workers who preferred the urban life in the city to Silicon Valley’s more suburban communities, Google, Facebook Inc.
FB,
,
Apple Inc.
AAPL,

and others offered large, plush commuter buses, where their headphones-wearing workers would board at designated bus stops. These workers often received the silent (and sometimes not so silent) ire of locals, immersed in their phones and their digital worlds, complete with WiFi networks on board. They were ushered to Silicon Valley every day without having to suffer the usual stresses of that nasty commute, as the freeways got more and more congested.

Read also: How tech companies could use their shuttles to help Bay Area transit

They are not startups that went public with little to no revenue, like in the late ’90s. They have very real products and hefty revenue, and even profits for some of them. And, as the Silicon Valley Index showed last week, their growth has helped to exacerbate inequality throughout the region, which the COVID-19 pandemic only amplified and accelerated.

Many in the latest crew of arrivistes also did not seem to have much respect for the city or its history, turning it into both a playground and bedroom community for Silicon Valley. The last decade in San Francisco also saw an astronomical jump in housing costs, with more incoming residents flush with cash, from IPOs or company sales. Many of San Francisco’s signature Victorian homes became examples of pure facadism, as the newly rich buyers gutted and destroyed their interiors to create sleek spaces.

“Every part of the city became party central,” said Leigh Anne Varney,  founder, Varney Business Communication, a tech public relations consultancy. Varney has been in San Francisco for 36 years. “I felt like everyone treated the city like it was a giant college campus, like it was one big playground. I’d like to think some of my musician and artist friends will come back. But even if the [average] rent falls from $3,500 to $2,500, it’s still high.”

While there could be worries that the departure of many of those tech workers and their parties will economically damage the city, they may not be moving far. There has been much written in recent weeks about new tech hubs forming in regions like Miami/South Florida, Atlanta, Denver, and other cities with cheaper housing costs, even as rents in San Francisco have plunged about 30%. But so far, all of the signs indicate that Silicon Valley and the tech industry are not actually leaving California, just San Francisco.

According to data from the U.S. Postal Service, reported in the San Francisco Chronicle last week, 80,371 households left the city in 2020, compared with 45,263 in 2019. Based on forwarding address data from March to November of 2020, the majority of people moving are going to other Bay Area counties outside the city. The top six counties for people fleeing San Francisco were Alameda, San Mateo, Marin, Contra Costa, Santa Clara and Sonoma — other counties surrounding the city.

“It’s pretty clear from the data the Chronicle got that people are moving to the suburbs,” said Ted Egan, the city’s chief economist. “They move to S.F., but when they move out, they move out to other Bay Area counties, or L.A., or Sacramento. That is the major migration story. It’s not all of our talent and information economy moving away. They just may not be coming to the office for five days a week when offices are open again.

“It’s a very different impact for us if they are moving to Marin versus Boise,” Egan said.

San Francisco will not emerge unscathed from the pandemic, which has severely damaged its enormous tourism industry, including conferences, shuttered restaurants and many small businesses. Many tech giants with large offices here are rethinking their need for real estate and working on putting downsizing plans into action. Companies with their own buildings, such as Salesforce, and those like Yelp
YELP,
,
which is the anchor tenant in one of the city’s earliest skyscrapers on New Montgomery Street, are reassessing their needs, while planning for a hybrid work environment.

“As companies have extended their telecommute policies further into the future, the projection includes increased assumptions about the magnitude of telework, which has a significant effect on revenues,” the authors wrote in the city’s five year financial plan.

According to real estate investment company Colliers International
CIGI,
,
San Francisco’s downtown office market had an overall vacancy rate of 11.2% at the end of the fourth quarter of 2020. That vacancy rate, though, is still not yet as low as it was in the two most recent downturns, i.e., after the dot com boom (13.5%) or in the recession of 2009 (14.7%).

“An immersive workspace is no longer limited to a desk in our Towers; the 9-to-5 workday is dead; and the employee experience is about more than ping-pong tables and snacks,” Salesforce President and Chief People Officer Brent Hyder wrote in a company blog post earlier this month, in which he described the cloud software company’s reopening strategy and new flexible working policy.

Yelp had similar comments: “Our hybrid model will provide greater flexibility to Yelp employees who now have the opportunity to relocate so they can live where they want to live, and work where they’ll feel most effective,” Chief People Officer Carolyn Patterson wrote in a blog post last week.

The real question for the future of San Francisco is whether there is a next generation of startups that will reignite this cycle anew. There was still record venture-capital funding in the Bay Area in 2020, far outpacing other regions of the U.S. The number of companies based in San Francisco that received seed and early-stage venture funding in 2020 was down from the previous year, but those numbers are expected to be flat once all the angel data is compiled, according to Pitchbook, which tracks VC funding data.

Kyle Sanford, an analyst at Pitchbook, said that with everyone working remotely, VCs have been able to host consecutive pitch meetings back to back to assess more potential investments than ever before, meaning “In 2020, it was much easier to get in front of a Bay Area investor if you are located in a much different ecosystem.”

“The Bay Area is still the hub of venture capital,” he added, and he believes “San Francisco will still be an epicenter” for startups.

“People are still funding S.F. startups,” Evans, San Francisco’s chief economist, said. “The startups that have turned into big companies over the last 10 to 20 years, they didn’t do a lot of work-from-home when they were young companies. It may be that young companies look at the S.F. office market and look at apartment space and realize now is a good time to get into a rent-controlled apartment, and they wind up filling the gap, so it’s a new generation of startups.”

Whether another new generation of entrepreneurs will be any better for the city is impossible to say, but the possibility leaves San Franciscans grappling with a choice: More pain, or less tax revenue. I certainly wouldn’t miss the inconveniences I suffered before the pandemic sent us all home: groups of tech bros clogging up sidewalks at lunch time, train cars packed with inconsiderate people with massive backpacks taking up seats or aisles, horrendous freeway traffic to get out of the city, and the huge messes of trash left in city parks after the weekend.

For myself and I imagine many others, any time without too many tech workers flooding the city may be worth some hit to the city’s coffers, but hopefully not at the expense of any more small businesses. After one of the most annoying booms in a city with a long history of them, I’m hopeful about whatever the bust brings.