Opinion: The one thing Biden misses with his semiconductor war with China 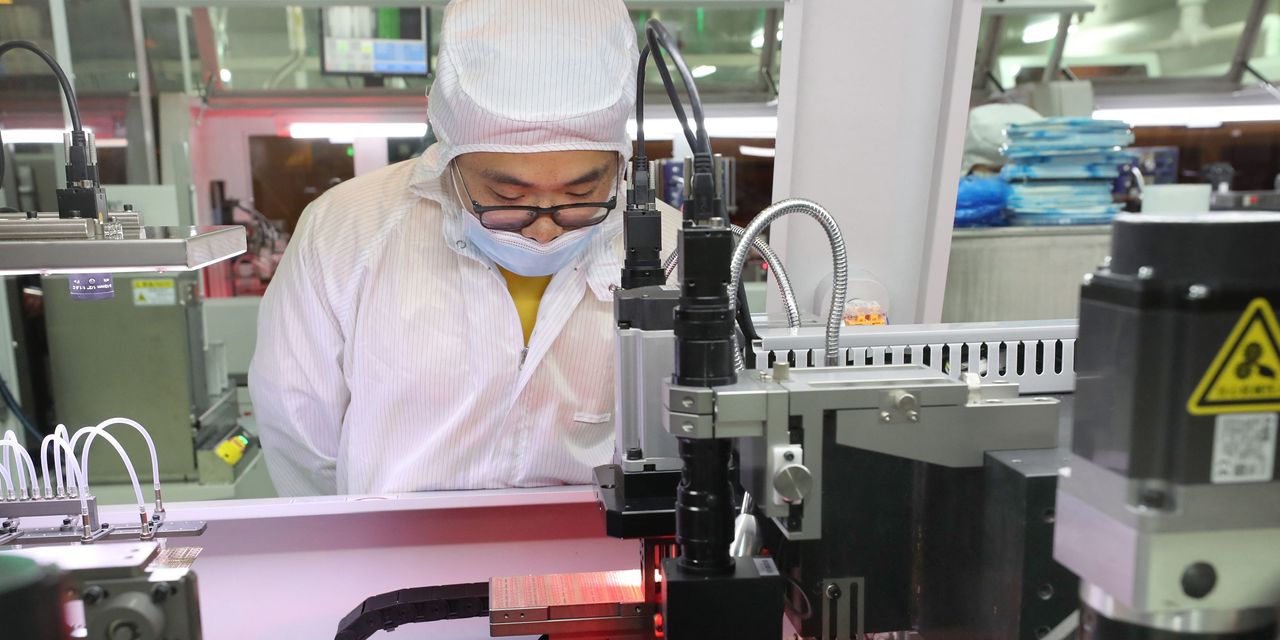 President Joe Biden has embraced much of former President Donald Trump’s trade policy. The tariffs hitting many allies as well as foes on aluminum and steel appear unlikely to go away soon, and the broad Trump tariffs on many Chinese goods appear entrenched.

Biden has replaced America First with an emphasis on the impacts of trade policy on ordinary Americans as workers—as opposed to just as consumers benefiting from lower prices. A move with broad potential to place politics and protectionism above efficiency and growth in evaluating deals.

News: ‘This is infrastructure’: Biden talks up money for semiconductor industry while meeting with 19 companies on chip shortage

Biden has elevated industrial policy even above the level afforded by President Barack Obama. He recognizes semiconductors as ground zero in economic and strategic competition with China and is seeking a Western alliance to secure that industry.

The administration’s notion that we can both simultaneously compete commercially with China and cooperate on matters such as climate change and pandemic control is dangerous. President Xi Jinping is obsessed with technological dominance, reunification with Taiwan, marginalizing the United States in Southeast Asia and usurping the liberal world order but most of all, he is paranoid and shortsighted.

How else to explain his resistance to cooperating with the World Health Organization on COVID, and bearing the cost of extinguishing a democratic regime in Hong Kong that posed no threat to Beijing’s assertions of sovereignty and so much benefited the broader Chinese economy.

What Biden gets right

Biden is correct to identify semiconductor design, fabrication and software know-how as critical to Western prosperity and security. Best-in-class methods and dominant market shares for the 300 or so components, processes, tools and chemicals are broadly distributed across the United States, Japan, Taiwan, Korea, Australia, India and several Western European nations.

China cannot break into or steal this supply chain to achieve its goals of self-sufficiency and dominance without importing products whose designs may be pirated, foreign investors that willingly transfer expertise—or who fall victim to coercion—and overseas acquisitions.

A Western trade alliance that would curb exports to China of critical technologies—including consumer sectors such as cellphone assembly and electric vehicles—is critical. As is developing secure Western alternatives for labor-intensive processes, such as dividing semiconductor wafers and equipping those pieces with electrical connectors, where the Chinese global market share has doubled since 2015 to 40%.

We don’t need another choke point in the value chain similar to rare earth minerals.

Opinion: The U.S. must put the vital semiconductor industry above Wall Street’s interests

Often allies have different strategic priorities. Germany, with its dependence on Chinese markets, still seeks to balance its trade interests between China and the United States, and recently pushed through a China-EU investment agreement.

In Southeast Asia, nations from the Philippines to Vietnam know China will impose harsh trade sanctions if they participate, for example, in the U.S. boycott of Huawei’s 5G technology.

Obama courted our Asian allies by negotiating the Trans-Pacific Partnership, then Trump foolishly jilted them by withdrawing. The pivot of American forces to the Pacific that Obama promised has not sufficiently happened, and Washington has not mounted a credible response to China’s militarization of islands in neutral waters of the South Pacific or to its Belt and Road initiative.

We can’t simply require the Europeans not to export critical technologies to China but must make quite clear that U.S. cooperation on broader defense issues will critically depend on how they respond to our requests on trade issues regarding China.

Likewise, Biden’s ambivalence about the TPP and executive order that the federal government only purchase EVs incorporating 50% U.S. components smacks of beggar-thy-neighbor protectionism. Biden’s diplomacy and supply chain reviews should aim to secure supplies, not steal jobs from friends—moving chip production from China to Vietnam would be almost as good as to Arizona.

However, our dependence on chip fabricators in Taiwan and South Korea is dangerous given the former’s vulnerability to invasion and South Korea’s inclination, such as Germany’s, to cultivate good trading relations with both superpowers.

To win Asian cooperation we need to stiffen and modernize U.S. Pacific forces and when China sinks a Filipino fishing boat or violates the median line in the Straits of Taiwan, America should project credible force. America should be committed to sourcing in Asia by throwing out protectionist executive orders and re-entering the TPP.

How deficit spending could hand Congress to the Republicans