Over 1% Of Bitcoin Now Lives As WBTC On Ethereum

The total number of wrapped Bitcoin on Ethereum has exceeded 1% of the total circulating Bitcoin supply, the team announced. This is being considered a major milestone for the tokenized Bitcoin project.

Ethereum Becoming a Home For BTC

Over 1% of the BTC supply has been wrapped into WBTC.

WBTC was launched in Jan. 2019 as a collaboration between BitGo, Ren, and Kyber. It was one of the first projects to issue ERC-20 tokens that are 1:1 pegged to Bitcoin.

There are currently more than 187,610 WBTC on Ethereum worth more than $6 billion, according to Etherscan. That’s about 1% of Bitcoin’s circulating supply of 18,729,837 tokens, the WBTC team announced. 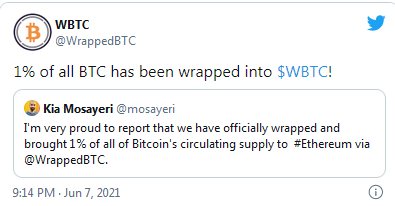 The statistics indicate that the asset has found the most traction of all tokenized versions of BTC. Since tokenizing Bitcoin enables the asset to function as an ERC-20 token, it can be used across various Ethereum-based DeFi protocols.

Despite the advantages this brings to holders, WBTC does not come without perils. WBTC is not fully non-custodial. For every WBTC that exists on Ethereum, there is a Bitcoin that is held by a custodian, which is Bitgo. It is to be noted that WBTC can only be minted when holders have completed a KYC procedure. 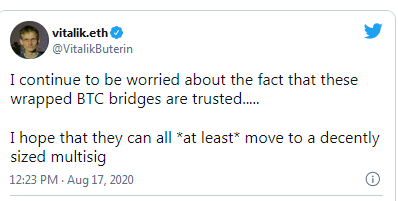 Furthermore, smart contracts that are used to mint new WBTC are secured by multisig wallets that fully depend on the good faith of the signatories. Even though it is a very small possibility, in theory, those who can sign the wallets could collude and confiscate the assets held in the contract.

Despite the risks, WBTC continues to gain momentum. WBTC is a popular way to deploy Bitcoin as collateral for taking loans on Aave and can be allocated to a liquidity pool on automated market makers like . 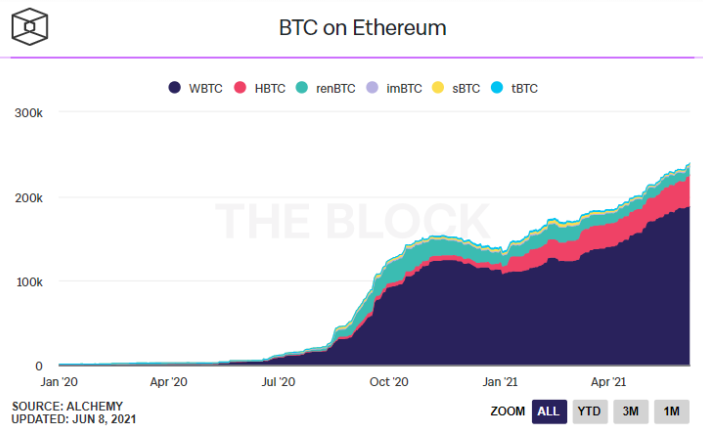 Besides WBTC, two others projects have found significant adoption by tokenizing Bitcoin. One of them is Huobi BTC, which has 37,906 tokens worth $1.2 billion. The other is RenBTC, with 10,247 tokens valued worth $337 million.

Oher tokenized Bitcoin projects that have a smaller circulation on Ethereum include sBTC, imBTC, tBTC, oBTC, pBTC, and vBTC.