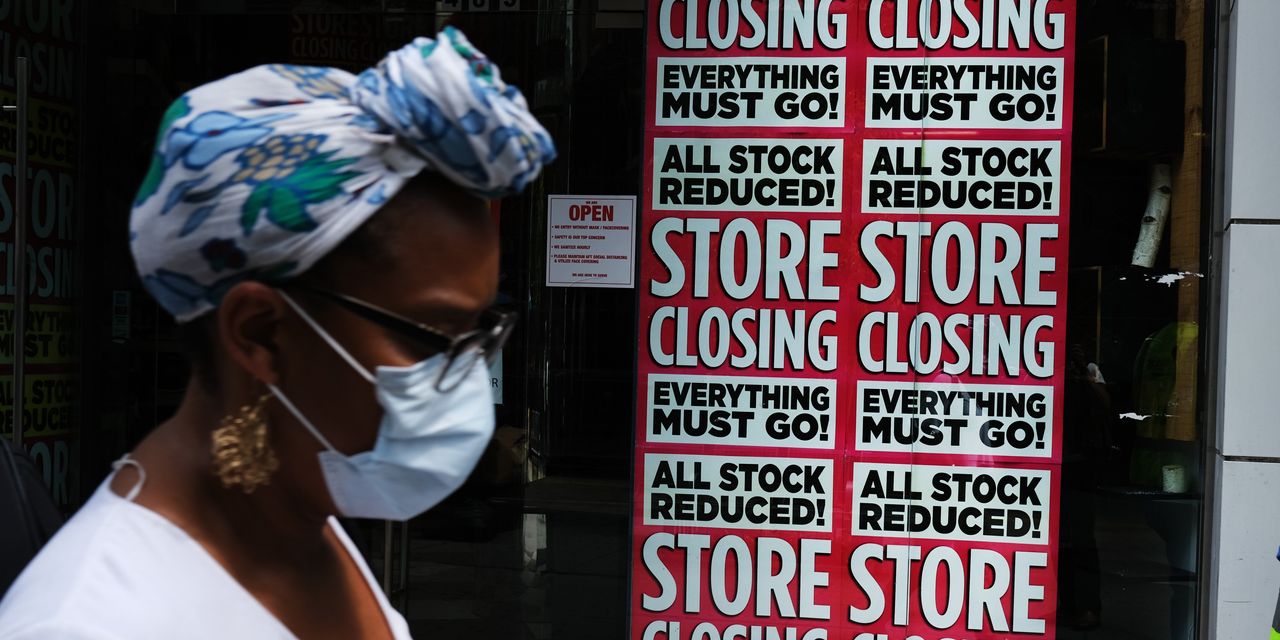 The snags holding up a second big coronavirus economic aid package include money for state and local governments as well as for the unemployed, House Speaker Nancy Pelosi told her colleagues Friday.

Pelosi sent a list of what she called “notable areas of concern” to Democratic House members as they left Washington uncertain on when, or even if, they would return before the Nov. 3 elections. While that implied no agreement was imminent, Pelosi again said she was upbeat on the chances for a deal.

“I’m always optimistic. We always have to find a path. That is our responsibility to do so. And I believe that we will,” she said in an interview on MSNBC.

She said President Donald Trump testing positive for coronavirus may boost deal talks with Secretary Steven Mnuchin, which have stepped up in recent days. “This kind of changes the dynamic because here they see the reality of what we have been saying all along” in terms of how dangerous the virus is, she said.

Pelosi and Mnuchin talked again Friday, for about 65 minutes by phone, their fourth straight day of talks, including an in-person meeting Wednesday. The talks continued after House Democrats passed their own $2.2 trillion stimulus bill along party lines Thursday night, even though it is not expected to be taken up in the Senate.

The discussions took place amid new evidence the economy could stall out without further federal aid. The Labor Department said the U.S. economy added a lower-than-expected 661,000 jobs in September, though the jobless rate slipped below 8%.

Another hurdle is aid for airlines, which have threatened to lay of tens of thousands of workers without a revival of the $32 billion grant program put in place in the spring to help them keep workers on the payrolls. Pelosi publicly asked them to delay furloughs.

Rep. Peter DeFazio, the Oregon Democrat who chairs the House Transportation Committee, unsuccessfully tried to offer an extension of the airline support programs on the House floor Friday. “We will either enact Chairman DeFazio’s bipartisan stand-alone legislation or achieve this as part of a comprehensive negotiated relief bill, extending for another six months the Payroll Support Program,” Pelosi said in a statement.

In telling House members they were free to leave Washington Friday, as had been scheduled, House Majority Leader Steny Hoyer warned they could be recalled with a 24-hour advance notice as talks continue.

While House lawmakers left the capital, senators will be back Monday as the chamber wrangles over the nomination of Amy Coney Barrett to sit on the U.S. Supreme Court.

Pelosi in her letter to Democratic members listed five areas of disagreement she was working with Mnuchin to resolve, some of which have been longstanding disputes since the passage in March of the first big coronavirus bill, the $1.7 trillion CARES Act.

She said the loss of about 280,000 teaching and education support staff jobs reflected in the September payrolls report showed the need to give more aid to state and local governments. The White House and Senate Republicans have said Democrats are seeking far too much money on that front, noting some states have not used up aid included in the March bill yet.

She also said there was disagreement about the amount of money to help the jobless.

“The GOP number does not measure up to the need that we both recognize, particularly as long-term unemployment rises and families are exhausting their benefits. This is separate from our disagreement over the dollar amount for the enhanced unemployment benefit.

She also listed disputes over the Earned Income and Child Tax Credits, policy language on testing and tracing programs and a $44 billion disagreement on appropriations funding.

“These are five notable areas of concern. There are other areas of disagreement that are part of the discussion, which we continue to work on as well,” she wrote.

At the White House, Larry Kudlow, the director of the National Economic Council, criticized Democrats for holding up more aid.

“It’s like it’s two-and-a-half trillion now versus zero. Zero’s not good,” he said.

He listed money for education assistance, small businesses, airlines and the unemployed as administration priorities.

“Targeted areas — we’ve put them on the table now for three months. There’s a lot of agreement,” Kudlow said.