People of color shouldn’t be treated equally in COVID-19 vaccine trials, ER doctor says: They should be over-represented 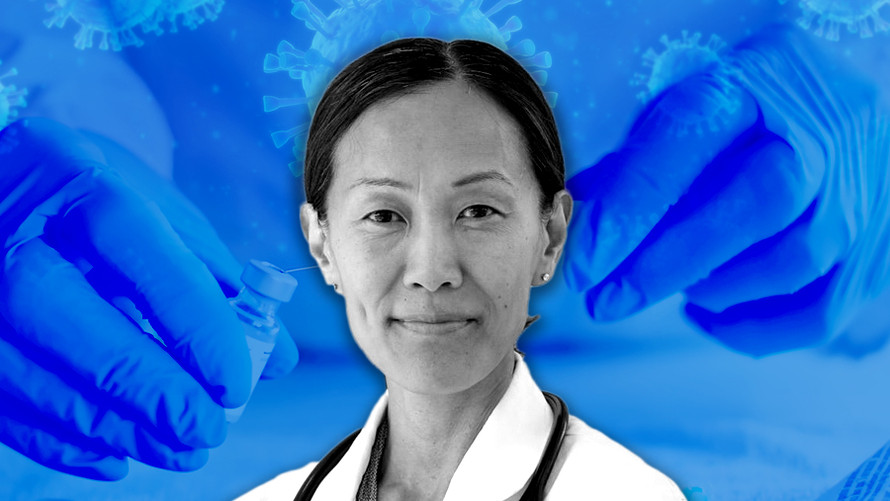 This interview is part of a series of conversations MarketWatch is conducting with some of the leading voices in the U.S. on the COVID-19 pandemic.

Dr. Esther Choo, an emergency room physician who studies racism and sexism in medicine, says there should be a disproportionate representation of people of color in the COVID-19 vaccine studies.

have publicly said they’re pushing to enroll a more diverse group of participants in the pivotal Phase 3 trials of their coronavirus vaccine candidates. But Choo, who practices at Oregon Health & Science University in Portland, isn’t quite sure that’s good enough.

According to the Centers for Disease Control and Prevention

“Balanced representation should be disproportionate representation of black and brown people, because they’re more affected by the disease,” she said. “Investors should be really asking them, what are your plans so that this is as widely disseminated as possible.”

It’s not totally clear why COVID-19 has had an uneven impact on people of color in the U.S. It could be the prevalence of pre-existing conditions like hypertension or obesity that are common among certain groups of people, a lack of a medical safety net that may drive lower-income people to seek care later, or having to work in higher-risk service environments like grocery stores or nursing homes during the pandemic. “Every single factor about exposure has a differential that favors people who are not brown or black,” Choo said.

But even before there was a pandemic, there have long been problems with adequate representation of people of color in clinical trials that have been acknowledged by both the Food and Drug Administration and drug makers. Research from 2011 found that Black Americans and Hispanic Americans made up 12% and 16% of the population, respectively, but less than 6% of clinical trial enrollment. A study published earlier this year concluded that information about race for six potential COVID-19 treatment studies was inconsistently collected and reported, and the number of Black patients who were included in the trials were under-represented, compared with the percentage of the Black population who have been sickened by the virus.

MarketWatch: Why are black and Hispanic Americans, in particular, being so hard hit by COVID-19?

Dr. Esther Choo: In terms of exposure, who are the frontline health care workers? Who has the luxury of work-from-home options and sick leave and financial reserve to take time out for work? Who has dual-family households? Who has adequate [personal protective equipment] when they do work? Who is taking public transportation to their jobs? Who has autonomy at their workplace to say, this doesn’t feel safe and I’m not going to do this?

Every single factor about exposure has a differential that favors people who are not brown or black. Who has a greater burden of risk because of all the pre-existing social disadvantage? It’s black and brown people — [who have] more chronic disease and more poorly controlled chronic disease, because of all the systemic factors that make people unhealthy if they don’t have access to healthy environments and education and wealth and insurance and good quality health care.

There have been two big studies, one in [published in the American Journal of Preventative Medicine in September] New York City and one [conducted by NPR in May] in Texasstudy out of Sutter Health system that showed that black patients who ultimately were diagnosed with COVID got diagnosed in the hospital, compared with Asian or white patients, who were diagnosed in the outpatient setting. In other words, if you were black, you had to get sick or go to the hospital, potentially even get admitted to the hospital before you got your test. That is really devastating, because if you look at the protocols for receiving medications — remdesivir and dexamethasone — you have to have a documented positive COVID test in order to get access to those treatments.

You also are less likely to be enrolled in clinical trials, which I think is the reason that clinical trials are having a really hard time with balanced representation. [The latest figures for two vaccine candidates show that about 29% of the participants enrolled in the U.S. arm of the clinical trial of the BioNTech/Pfizer vaccine candidate and roughly 34% of the participants in Moderna’s trial are people of color.] Balanced representation should be disproportionate representation of black and brown people, because they’re more affected by the disease. They should be over-represented. Instead they’re under-represented.

MarketWatch: What is the concern about remdesivir if someone doesn’t get tested until they are in the hospital? [Gilead Sciences Inc.’s
GILD,

remdesivir is an antiviral that has received emergency authorization as a treatment for some very sick COVID-19 patients.]

Choo: The concern is that you wouldn’t even qualify to receive it until that test is positive. Some of these treatments have a treatment window, where it’s best started within a certain number of days. Say you finally get diagnosed, and it’s day 12. But the protocol says you have to be in the first 10 days of symptoms.

MarketWatch: I read your piece in The Lancet about Indigenous people and COVID, and I was pretty shocked that the number of positive cases in Navajo Nation had surpassed New York per capita. What’s the first step in addressing this? Is it a matter of having access to data? Is it about expanding access to care?

Choo: Doctors Without Borders got called in for humanitarian aid for our Indigenous population. It should have been a major news story. We had to call in humanitarian aid for our own population, because we so neglect the Indigenous peoples in our country. [Doctors Without Borders said it has also worked with the Pueblos, at-risk New Yorkers, and migrant farm workers in Florida, among other U.S. groups, during the pandemic.] The United States government should have made a major push to Congress, to release special aid to ramp up these efforts. It really got lost in the chaos of the whole nation this year, in addition to the fact that we haven’t mobilized much of anything effectively for anybody in the country. Our Indigenous people got left behind, and I don’t think we’ll understand the extent of it until later.

Data certainly will help but we can’t wait for data. We’ll look back at the data and feel terrible about it. That’s my fear for the vaccine, which is the last thing in our power to do well. We’re in disaster mitigation mode for most everything. We’ve gotten testing so fundamentally wrong. With vaccines, there’s at least conversations happening around what vaccine equity development and distribution equity look like. We have time to get this right.

MarketWatch: How does the U.S. ensure that people of color feel safe about getting a vaccine or even participating in a trial?

Choo: The way that we’ve traditionally done clinical studies is that we get a bunch of white people from pharmaceutical companies to work with white people in the ivory tower of academia, to develop this thing and then we try to disseminate it. And we ask why communities of color have not embraced that therapy, as we sit in this historical context of not only the Tuskegee [syphilis study] and Henrietta Lacks but so many violations of autonomy and respect that are the fundamentals of research ethics. [The Tuskegee syphilis studythe use of Henrietta Lacks’ cells in research without her permission or that of her family are both commonly cited examples of how medical researchers in the U.S. have taken advantage of Black Americans.] If you just pull up the big pharmaceutical companies that are developing the vaccines, just look at their senior leadership teams and the board of directors. It doesn’t evoke trust for communities of color.

People reach out to me to talk about, how do we bring equity into our research practices? Part of it is: Diversify up your damn team, and have targets for enrollment that you live up to.

When the [National Institutes of Health] awards a grant, they ask you for your enrollment table, broken down by race, ethnicity, and gender. Nobody ever asks you again about it. I can put in that table, and then I can enroll 100% white people, publish my paper, and nobody will ask me about it. It’s one thing to ask upfront, it’s another thing to hold people accountable.

The NIH and the [Centers for Disease Control and Prevention] and any funders of research need to have mechanisms where your funding is dependent on your ability to recruit. And if you can’t recruit at the ratios that you promised to recruit, then you need a good explanation why and a corrective plan moving forward. That includes [medical] journals. If journals are accepting a paper related to COVID, they need to ask for a demographic table, and they need to say a huge limitation of the study is that it was conducted in 95% not people of color. In this pandemic, and the way it’s played out in the United States, it is not acceptable to have those demographics, because you didn’t study populations who are actually experiencing the disease. Every time I see a major COVID paper, I pull up the demographic table, and we have not done a good job. When we do a good job, it almost always demonstrates inequities.

MarketWatch: Do you think this is something investors should be asking of the companies developing therapies or vaccines?

Choo: Absolutely. There’s a bottom line issue for them, too, because if 25% to 50% of an entire significant head count population in the United States is refusing to take your product, those are potential customers. Why would you leave that on the table? Investors should be really asking them, what are your plans so that this is as widely disseminated as possible.

In the real world, you need to know in aggregate how the vaccine uptake and behavior will be across populations. There’s so many reasons, whether it’s differences in chronic disease, the medications that you’re on, how adherent you are to the two regimens. If you told me we gave a vaccine to white populations and black populations, and the black populations didn’t have good outcomes, that tells me that there continue to be differences in exposure to high viral inoculum and it’s going to affect vaccine effectiveness as well. It will tell us how much the vaccine mitigates those factors in that population.

This Q&A has been edited for clarity and length.

Read more A Word from the Experts interviews:

• Abbott exec: Why better COVID-19 tests may help the U.S. get back to normal

• Philadelphia pediatrician Paul Offit: Prepare to wear masks and socially distance even after getting COVID-19 vaccine