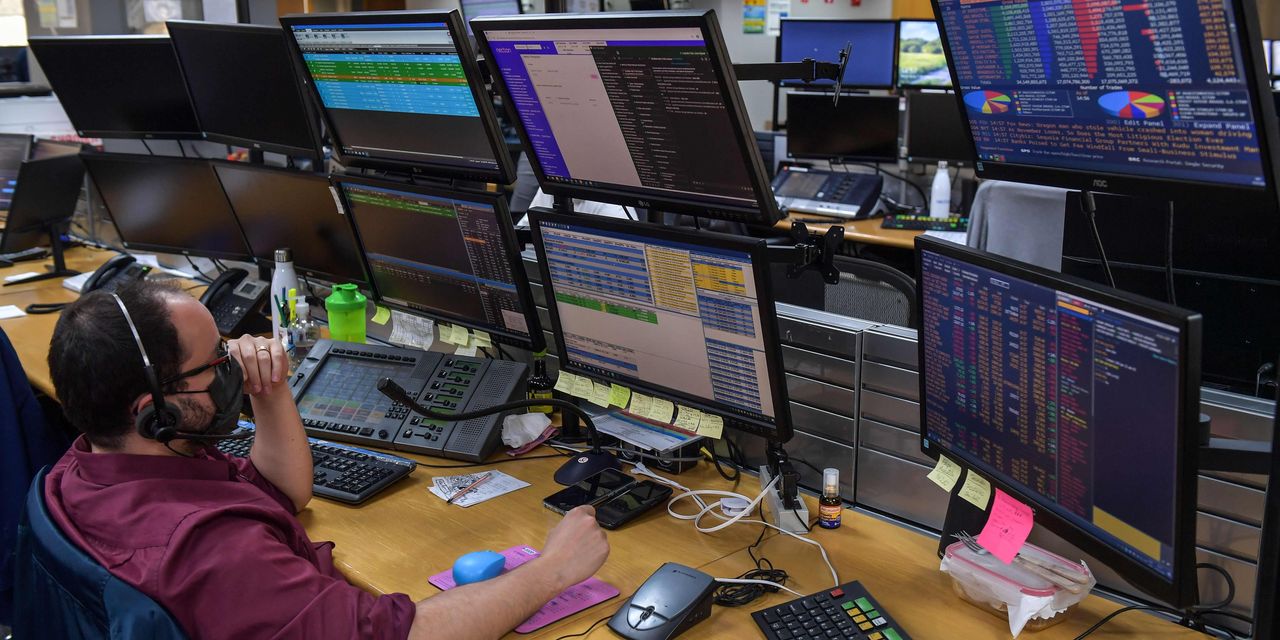 Thomas Peterffy, founder and chairman of Interactive Brokers Group Inc., explained the rationale behind his brokerage firm’s decision to put restrictions on investing in companies like GameStop Corp., citing systemic risk as one of his biggest worries.

Speaking to MarketWatch on Thursday afternoon, Peterffy said that a so-called short squeeze can go on indefinitely unless someone intervenes, and it has the potential to ripple throughout the market.

“It can take down the entire system, theoretically,” he said.

and other popular names that have captured the attention of Wall Street and Main Street due to their parabolic price moves higher, after being promoted by a klatch of individual investors gathering on chat forums like Reddit.

“There is no reason why a short squeeze cannot go on indefinitely,” Peterffy said.

He said that Robinhood’s decision risks a replay of the recent action that precipitated measures by a number of retail brokerages to curb speculative trading in a batch of small, heavily shorted companies that have become the target of individual investors.

In a Thursday blog post, Robinhood described its much-maligned earlier decision to limit trading as “tough,” but about risk management. “We’re beginning to open up trading for some of these securities in a responsible manner,” it said. “We’ll keep monitoring market conditions as we look to restore full trading for these securities.”.

CNBC and Bloomberg News both reported that Robinhood has tapped all of its credit lines. Robinhood is planning an initial public offering sometime this year.

Bloomberg said the commission-free online broker that has become popular among a young demographic of investors has tapped at least “several hundred million dollars” of credit, citing people familiar with the matter. Robinhood’s lenders include JPMorgan Chase & Co.
JPM,

earlier Thursday said that options trading for companies including AMC, BlackBerry
BB,
,
Express
EXPR,
,
GameStop and Koss Corp.
KOSS,
,
would be limited to liquidations, or closing out positions. The brokerage cited “extraordinary volatility in the markets” in a blog post, and said “long stock positions will require 100% margin and short stock positions will require 300% margin until further notice.”

Peterffy told CNBC in an earlier interview on Thursday that he is worried about the soundness and safety of the market, as well as that of Interactive Brokers.

“We are worried about the integrity of the marketplace and the clearing system,” he said on CNBC’s “Closing Bell.”

He told MarketWatch that clearinghouses are at the center of these short trades, where investors use borrowed money to wager that a stock’s value will fall. The veteran investor said that losses in short squeezes, if prolonged, can knock down other brokerage platforms, a la the incident that took down MF Global back in 2011, when an estimated $1.2 billion in customer funds went missing.

Clearinghouses play a crucial role in markets from equities to derivatives. They stand between two parties in a trade to guarantee payment if either side reneges.

To protect itself against the risk of default, clearinghouses require their members — banks and brokers — to be well-capitalized, to deposit collateral and to pay into a default fund.

“If a broker cannot collect from the losers,” in these short bets, then they “must have sufficient capital to cover losses to the clearinghouse,” which could lead to further liquidation, Peterffy told MarketWatch.

“The broker may not have sufficient capital to make up for the losses, then they have to default on the clearinghouse,” he said.

“I’m not comfortable with the current situation because if the brokers go, the clearinghouse has to collect from other members…and it is a domino effect,” he said.

On Thursday, stocks, which have shown some signs of being rattled by the frenzied moves in GameStop shares and others, stabilized, with the S&P 500 index
SPX,

ending higher after posting their worst decline in three months on Wednesday.