Pound And Euro Take Major Round Levels Against Dollar

has jumped 3% so far in April while is up 2.4% after seven trading sessions of back-to-back increase. Both currency pairs, very popular with traders, crossed important round levels, 1.2000 and 1.4000, which prompted short-term traders to bet on a pullback from the local extremes. 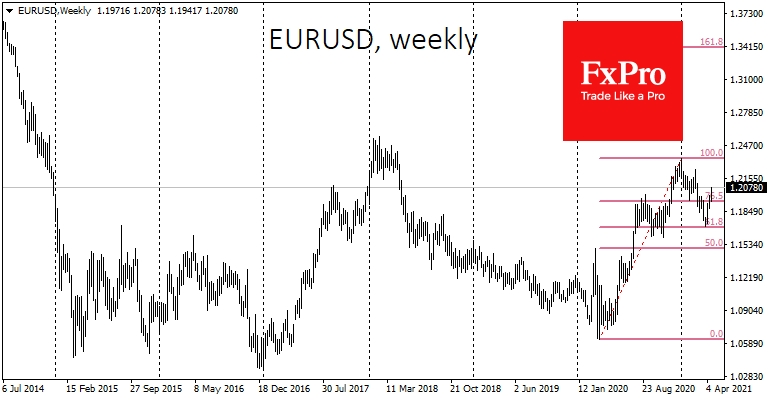 EURUSD has jumped 3% so far in April

But such an approach by short-term speculators assumes that the growth of those pairs from the beginning of April is a correction from the drop in January-March. We suggest looking at the situation from a broader perspective.

The slide of EUR/USD from January to March this year is just a corrective pullback after the growth impulse from March to December 2020. It was a classic 38.2% Fibonacci retracement of the rally from the lows of March 2020 to January 2021.

On Monday, EUR/USD saw a robust rise from the 50-day average, which acts as a strong confirmation signal of bullish sentiment. 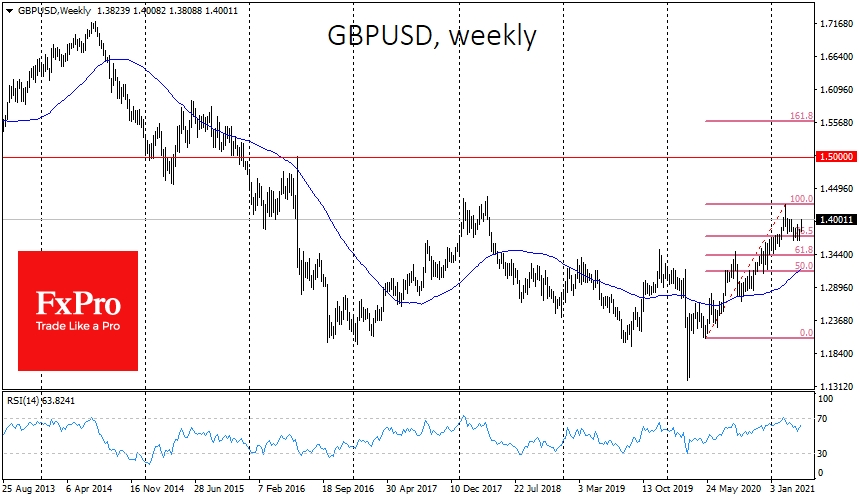 GBP/USD returned to the upside last week after less than a month and a half of a 23.6% Fibonacci retracement of the May-February rally. That is, it has been able to swim against the current for longer and even renewed highs, and its correction in previous weeks was less profound.

Having managed to hold at 1.4000, GBP/USD could quickly head towards the February highs above 1.4240, which is also near the 2018 peaks. A fast and direct path to 1.5000, an important round level and all-time highs since the Brexit referendum, is already opening up.

All Eyes On British Pound And BoE Decision

The Fed Could Signal Tapering, But Not Today