The latest headline of the EU to start taking legal action against the UK on the internal market bill today is weighing further on the pound now, with cable moving down to a low of 1.2843 and nearing a test of its 100-hour MA (red line) @ 1.2837.

That sees price action now moving towards a key near-term test. Keep above that and the near-term bias stays in favour of buyers i.e. more bullish but break below and the bias turns more neutral instead.

Should we see sellers wrestle back some near-term control, that will also put the 200-hour MA (blue line) @ 1.2803 back into focus in case the downside momentum extends.

The market is largely trading on emotions and fears right now, with the pessimism from the recent headlines today weighing on pound sentiment.

While legal action by the EU sounds ‘scary', it may not necessarily end up being a major impediment. At the end of the day, if the internal market bill fails to become law i.e. House of Lords rejects it, then all these concerns may be for naught.

Then again, that situation itself creates a more complicated dilemma in the UK political landscape. Here's a helpful take on how things may play out in the Brexit saga over the next few weeks by @jonworth: 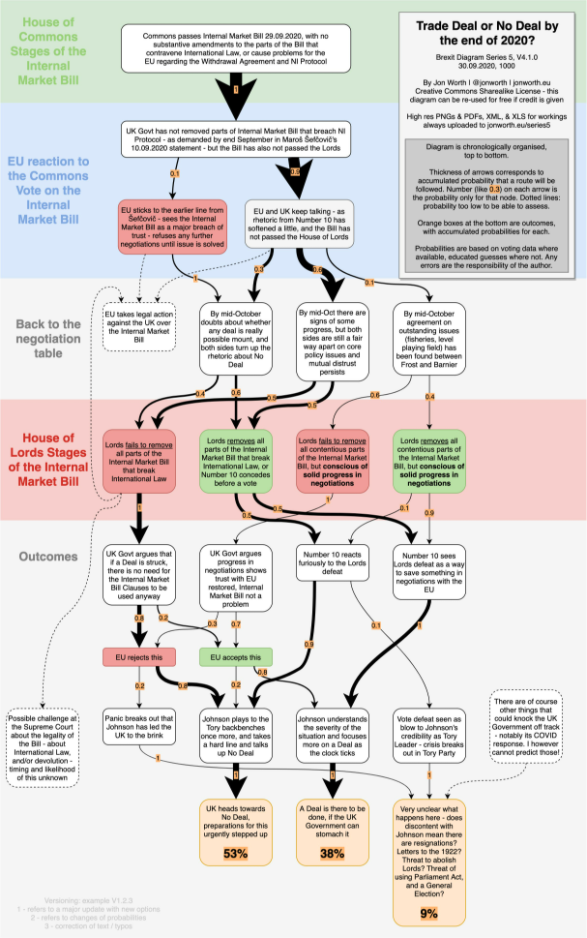