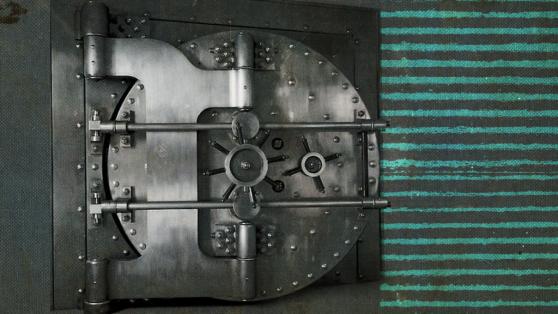 Since its launch, Quantstamp has stayed true to its mission of securing the blockchain and the decentralized internet.

It achieves these lofty goals by carrying out detailed audits for protocols and so far, Quantstamp has helped secure over 100 billion dollars in digital asset risk for cybercriminals.

QSP, its native token, has the functionality of verifying smart contracts on the QSP security protocol. The new Quantstamp seal and long-term partnerships are part of the developments that are responsible for maintaining the buzz around the protocol.

Quantstamp recently unveiled a new Quantstamp seal for DeFi projects to display as proof for users regarding the transparency of the project. These new seals are directly linked to the audit report conducted by Quantstamp.

The face of the seal indicates that the protocol has been verified and reads “Security Certificate”. Furthermore, information regarding the code repository and commit hash is also indicated on the seal. ICHI Protocol holds the record as the first project to implement the new Quantstamp Seal.

Quantstamp also unveiled to its community its new retainer with Rari Capital DAO. This retainer will play a central role in securing the project as external audits can now be seamlessly integrated into Rari’s workflow.

Recently concluded, Quantstamp audits bring the number of audits well above 200 protocols. Some of the most recent audits are of Qredo Network, ICHI, and NAOS Finance.

Quantstamp is billed to play a central role in a couple of future blockchain events. The team will be in Paris, France for the biggest annual event in Europe called Ethereum Community Conference (EthCC).

The team will be speaking on the “Lessons Learned From Over 300 Security Audits” at the event to scores of attendees eager to pick the brains of the experienced team.

Another event that the team will partake in is the Blockchain Village 2021 at DEFCON ,billed to take place in Las Vegas. With the theme being centred on “Integrity”, Quantstamp has the prerequisite experience to contribute positively.

The Quantstamp community has garnered over 60,000 followers on Twitter and looks poised to rise even more as a result of the increasing cases of hacks and security breaches on the blockchain.

QSP, an ERC-20 token that allows users to verify smart contracts on the QSP Security Protocol currently trades at $0.03375. Members of the community can run nodes of the network and earn QSP by staking.

QSP has a market capitalization of around $24 million and its total supply currently sits at 976,442,388 QSP.