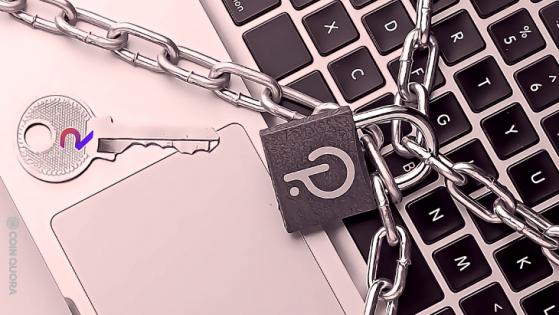 As a Polkadot-based platform, Raze is in fact a privacy layer that integrates zkSNARKs to the Zether framework to build a second anonymous and decentralized layer. In addition, this second layer works as a substrate-based smart contract.

Also, Polkadot is one of the top smart contract alternatives for . As the Ethereum network continues to face scaling challenges, alternatives like Polkadot are becoming more and more attractive. For this reason, the growth of Raze has elicited a lot of excitement within the DeFi network.

In fact, Raze is gearing up to soon launch its native token, $RAZE, with an IDO. However, only users who have completed the Whitelisting and KYC can participate in the IDO. Of note, the Whitelist was oversubscribed by over 80 times. A fact that highlights the immense public interest in Raze.

Raze Network’s Public Sale will occur through a @BalancerLabs LBP.

A total of 4.8M $RAZE tokens will be for sale during this round.

In addition, $RAZE will launch via an ambitious triple simultaneous Initial Dex Offering (IDO). The $RAZE triple IDO will be on Poolz, Bounce, and Duckstarter. Moreover, 960,000 $RAZE tokens will be initially issued at $0.25 each. Also, the $RAZE token plays an important role on the network apart from being the native currency. $RAZE will also serve as the core driver of the Raze ecosystem.

What makes $RAZE so popular is that the token has many uses within the network. $RAZE utility includes:

The token serves many purposes within the Raze ecosystem which ensures future demand and therefore value.

As previously mentioned, as a blockchain Raze aims to enhance user privacy. To this end, $RAZE enables users to seamlessly transact cross-chain and within the blockchain without a trace. In fact, $RAZE leaves no trading history trail, an ability that protects users from unwarranted surveillance.

What partly makes cryptos so attractive is their non-inflationary nature. However, $RAZE has an infinite token supply, as such the platform will conduct periodic token burning to limit supply. Raze will occasionally burn a percentage of its transaction fees in the form of $RAZE to boost the value of the remaining tokens.

The Raze network will reward market makers for providing liquidity within the network. These market makers will be rewarded in the form of $RAZE tokens.

Raze aims to enable a cross-chain private payment and trading system. To achieve this the platform enables users to mint private tokens. To mint the private token users utilize smart contracts to convert base tokens at a mining value of 1:1. Also, by adding zkSNARKs Raze ensures user anonymity.

Zero-Knowledge Succinct Non-Interactive Argument of Knowledge (zkSNARKs) is a form of cryptographic proof that allows the verification of information without revealing the actual information. One way this works is by creating a secret key prior to the transaction. The key then serves as the verification code between parties.

As such, the Raze network is providing a critical solution to an underlying problem in the blockchain ecosystem. Blockchain technology is in fact transparent and allows anyone to view transaction records on public ledgers. This leaves users vulnerable to unwanted scrutiny.

In addition, as a growing sphere, blockchain and crypto are ever-evolving. As a result, there are still many barriers to growth within the sector. Some of these challenges are best exemplified by the Ethereum network. In an attempt to solve some of these challenges several Layer 2 solutions have been developed. However, it seems as one problem is fixed there appear new problems to replace it. Thus there is a growing need for cross-chain integration to help Ethereum to overcome its challenges.

With this in mind, Raze is in an optimal position to on one hand support private on-chain transactions. While on the other hand, the platform can facilitate cross-chain support via its secret DeFi bridge. Of note, the bridge is compatible with all DeFi products like Uniswap, AAVE, and all platforms on Polkadot and Cosmos.

It seems Raze Network has a lot to offer both users and the blockchain ecosystem as a whole. The platform’s cross-chain interoperability is bound to increase liquidity within the Polkadot network. At the same time, Raze will enable relief on congested networks allowing for greater efficiency all round. Moreover, the network’s use of zkSNARKs allows for greater privacy which is an ever-growing user need in the face of invasive big data practices. As such, it will be interesting to see if $RAZE will ride with the bulls or sleep with the bears post launch.