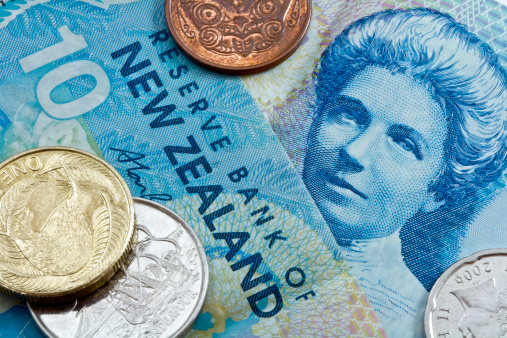 The focus of this week’s RBNZ meeting is on details of the Funding for Lending (FLP) program. We expect this program would be implemented before the end of the year and would be the key policy tool of the central bank in the future. Concerning other monetary measures, the OCR will remain unchanged at 0.25% while QE will stay at the NZD100B cap. While acknowledging positive economic developments, policymakers will likely downplay the near-term strength. They would maintain a dovish message, warning of the uncertainty of the pandemic and the negative economic impacts of the restrictive measures.

On economic developments, the overshoot of housing price should have caught policymakers’ attention. Median prices soared +11.1 % in the year to September, while the median price in Auckland reached nearly NZD1M. Prices rose +2.5% across the country in September compared with August. On other indicators, the unemployment rate increased to 5.3% in 3Q20, from 4% a quarter ago. Despite the increase, it came in better than RBNZ August forecast of 7%. Meanwhile, the participation rate also increased to 70.1% from an upwardly revised 69.9% in the second quarter. Higher participation might signal improved confidence over the job market. Business sentiment also improved. NBNZ’s business outlook recovered to pre-pandemic level of 15.7 in October, from -28.5 in the prior month. The own activity index returned to the positive territory (+4.7 vs September’s -5.4). On inflation, headline CPI eased to +1.4% y/y in 3Q20 from +1.5% in the prior quarter. This came in worse than consensus of a pickup to +1.7%. From a quarter ago, inflation picked up to +0.7%, from -0.5% in 2Q20. However, this was still weaker than RBNZ’s forecast of +1.1%.


We expect policymakers to downplay the short-term economic strength, but focus on the downside risks in the medium- to long-term. The members would remain dovish as it unveils details of the Funding for Lending (FLP) program. We expect the program to begin as soon as possible, likely by end of the year. The size could be around NZD 30-50B, at interest rates not higher than the OCR. As the objective of the program is to effectively lower the retail lending rates, there should be minimal conditions attached to the program. Concerning other monetary policy tools, we expect RBNZ leave its QE program, the Large Scale Asset Purchase (LSAP), unchanged at NZD 100B at least until June 30, 2022. Cumulative purchases are approaching NZD40B. We do not expect the members to raise the cap as the focus appears to have shifted to FLP.

Concerning the policy rate, RBNZ should keep the OCR unchanged at 0.25%. It will reiterate the forward guidance that the OCR will be held at 0.25% until March next year. We believe the central bank to reaffirm that negative rates remains an option, though it is unlikely to be adopted any time soon. Moreover, we expect RBNZ to maintain its practice and not publish the OCR beyond the March 2021 quarter.