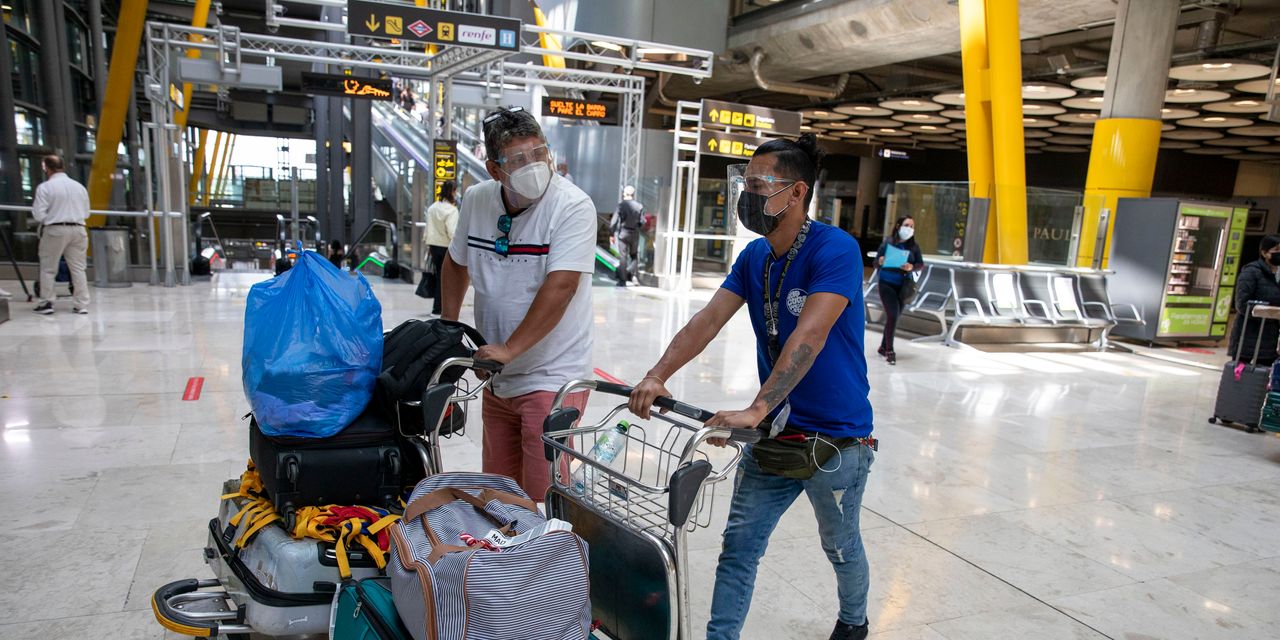 European stocks pushed higher on Tuesday, led upward by shares in companies set to benefit from economic growth and a rise in inflation, even as concerns around the more contagious Delta variant of COVID-19 continued to weigh on markets.

were pointing up around 25 points, set for a soft but slightly positive open after the index dropped 150 points on Monday to close at 34,283.

Broadly, early European trading was characterized by a resurgence of the “reflation trade”—a boost among stocks that are expected to benefit from the continued economic recovery and reopening from Covid-19.

Mining, industrials, and financials were the sectors that added the most buoyancy to the Stoxx 50
SX5E,

index of Europe’s largest companies and kept the major indexes across the continent in the green.

The boost came after losses on Monday amid rising worries over the contagious Delta variant of COVID-19. Spain, Portugal, and Malta were among the countries that added new travel restrictions on the U.K., where the variant is prevalent, with Hong Kong banning direct flights from the country.

“European stocks didn’t get off to the best start to the week yesterday, with big declines in energy as well as travel and leisure stocks, as rising Delta variant cases across Europe and Asia prompted the implementation of new border restrictions, for vaccinated and unvaccinated travellers alike,” said Michael Hewson, an analyst at CMC Markets.

Hewson said that the European session “looks set for a tepid start after the losses of yesterday.”

In the day ahead, investors can expect the European Commission’s Euro area Sentiment Index, or ESI, which analysts expect to signal a notable acceleration in economic activity at the end of the second quarter of 2021.

“Judging from the national surveys, not least from Germany and Italy, the headline euro area ESI is likely to rise to the highest since 2000,” analysts at Daiwa Capital Markets said.

Plus: This key region is the focus of new electric-vehicle battery production among global auto giants

rose more than 4% after the group raised its sales forecast for 2021. Rexel now expects same-day sales growth of between 12% and 15%, up from a prior forecast of between 5% and 7%.

stock slipped more than 4% after the oil services group said it expects to post a modest loss in the first half of the year, driven by market conditions as well as the disruption to oilfields in Texas in February during a severe winter weather event.

Shares in Argo Blockchain
ARB,
,
one of the few publicly-listed crypto asset miners, fell near 2% as the British group said it had taken out a £14 million short-term loan to meet operating cash flow requirements and build out a data centre in Texas. The loan, agreed with digital asset investor Galaxy Digital, uses a portion of Argo’s bitcoin holding as collateral. The price of bitcoin
BTCUSD,