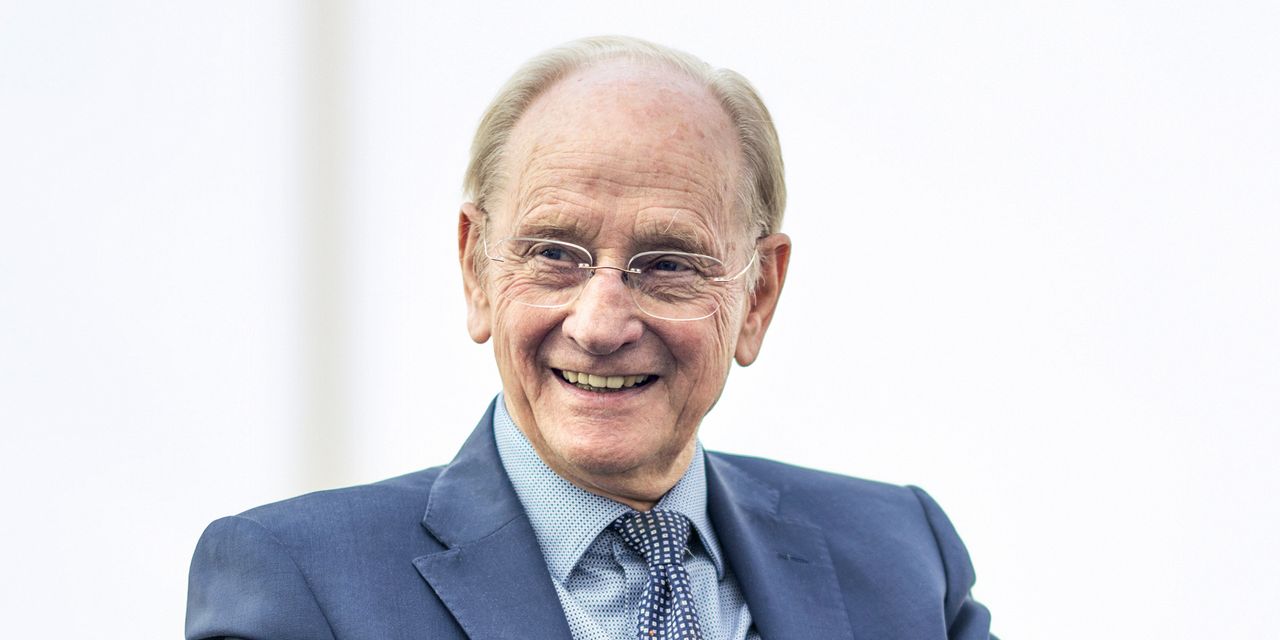 soared more than 18% on Tuesday, after the founders of the London-listed high-tech engineering company told the board they wanted to sell their majority stake in the business.

Chairman David McMurtry and nonexecutive chairman John Deer, who are both in their 80s and together own 53% of the Renishaw
RNSHF,
,
said in a statement that they are not “getting any younger” and want to ensure the future of the FTSE 250 company they established in 1973.

That prompted the board of Renishaw, which makes precision measurement equipment used in electronics manufacturing, to start a formal sale process of the company.

Shares in Renishaw, which have almost doubled in value over the past year, surged more than 18% to £68.60 in late Tuesday trading in London, valuing the company at almost £5 billion ($7 billion). The stock is up 16.23% so far this year.

The board of Renishaw said it intends to seek a buyer who will “respect the unique heritage and culture of the business, its commitment to the local communities in which its operations are based, and who will enable the Company to continue to prosper in the long-term.” It has hired UBS
UBS,

to hunt for a suitor.

AJ Bell analysts said that Renishaw’s shares already command a high valuation, so any potential suitor would have to pay “top dollar” to buy the company.

“One could imagine an Asian company would be interested in owning Renishaw, but such a buyer may have different views on whose culture should prevail,” the analysts noted.

Read: Bids to buy U.K. firms to get harder as ministers shut out ‘back door’ takeovers from countries like China, Russia and U.S.

They added that the sale of Renishaw would be a further blow to the U.K. market if the company is bought and delisted from the London Stock Exchange
LSEG,
.
“The U.K. stock market is battling an identity problem with critics saying it lacks exciting companies at the cutting edge of technology and science, particularly among larger cap stocks,” they said.

News that Renishaw is going on the block comes just weeks after Japan’s Renesas Electronics
6723,

That marked the second time a U.K. chip maker has become the target of overseas bidders, after graphics chip giant Nvidia
NVDA,

The U.K.’s competition regulator said in January that it would start an investigation into Nvidia’s takeover of Arm, including looking at whether, following the takeover, Arm will have an “incentive to withdraw, raise prices or reduce the quality of its IP [intellectual property] licensing services to Nvidia’s rivals.”

Read: Nvidia’s $40 billion takeover of Arm to be investigated by U.K. competition regulator

in 2014, and the successful $11.6 billion acquisition of British chocolate maker Cadbury by Kraft
KHC,

In November, the government announced plans to toughen up its powers to block foreign takeovers of U.K. companies, if they threaten national security.

Under the National Security and Investment Bill, companies will have to notify the government about proposed deals in 17 sectors deemed of strategic importance. These include civil nuclear, communications, defense, energy, transport, and artificial intelligence.

Analysts at Hargreaves Lansdown said Renishaw — which has manufacturing bases not just in Gloucestershire, where the company is based, as well as plants in Ireland, India, Germany, and the U.S. — seems to want a buyer that commits to the communities in which it operates.

“But as we’ve seen in previous takeovers in the past, pledges can be reneged on…Despite best intentions there is always a risk that could happen which is likely to mean there will be a highly concerted effort to find the right buyer at the right price,” the analysts said.