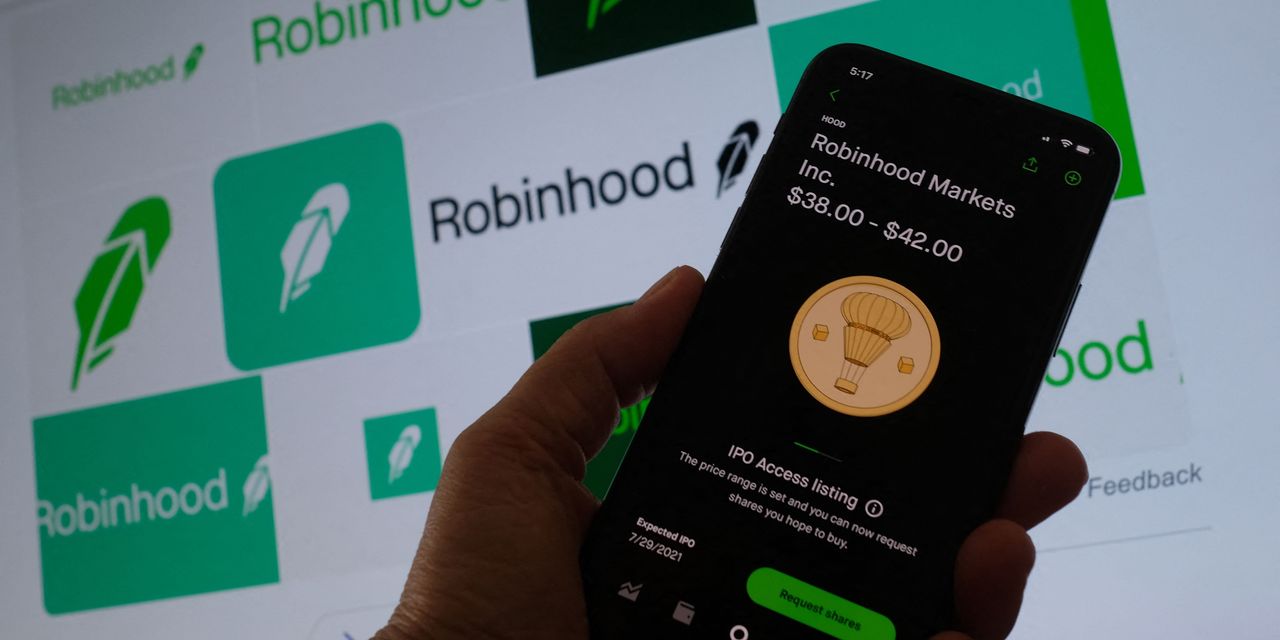 metaphysical journey from meme stock launchpad to actual meme stock is complete…and it didn’t even take a week.

The no-fee trading app saw its stock halted on Wednesday morning after the stock soared more than 40% in early trading to $78 a share, more than 120% higher than its IPO debut price from Thursday. Wednesday’s meteoric move comes on no actual news from the company, but in concert with a massive burst of interest on social media, the biggest twin indicators that a stock has gone full meme.

According to data from HypeEquity, which tracks social media sentiment on individual tickers, mentions of Robinhood stock were up a staggering 23,000% late Tuesday and continued to rise into Wednesday’s session.

Those mentions of Robinhood shares were dominated by keywords ike “Option,” and “Buy,” revealing a mostly bullish sentiment on the stock, but “Put” was also a popular keyword and a deeper look at Reddit boards revealed that many retail investors who have a complicated relationship with the company remain skittish about letting their once-beloved trading platform join the ranks of GameStop
GME,

on the Mount Olympus of meme stocks.

“Feels good to have actually gotten out with some gains this time,” Reddit user  CelestialProphet posted on WallStreetBets. “Good luck to those still playing HOOD.”

Others took a more sardonic view.

One popular post on subreddit Superstonk called for all mentions of Robinhood to be banned arguing that the surging popularity of the stock had cluttered up the board built for GameStop diehards.

Many replies in the thread mulled over the increasingly popular theory that Robinhood stock was being used by hedge funds as a purposeful distraction from other meme stocks in a continued attempt to stop the short squeezes that retail investors remain committed to pulling off, even after their January attempt was stifled in part by Robinhood halting trading on certain meme stocks at the height of the squeeze.

“I don’t give a damn if Vlad’s turd rockets or goes down in flames,” offered Equal-Park-769, referring to Robinhood co-founder Vlad Tenev.

But despite the caution and animus Wednesday’s volatility shows that a lot of people on social media are talking about Robinhood, and some people there are buying shares in the company thanks to that interest even though there is nothing new to be said.

Like it or not, Robinhood is a meta-meme, just ask Cathie Wood.