Sackler family banned — temporarily — from putting their name on buildings as part of $4.5 billion opioid settlement 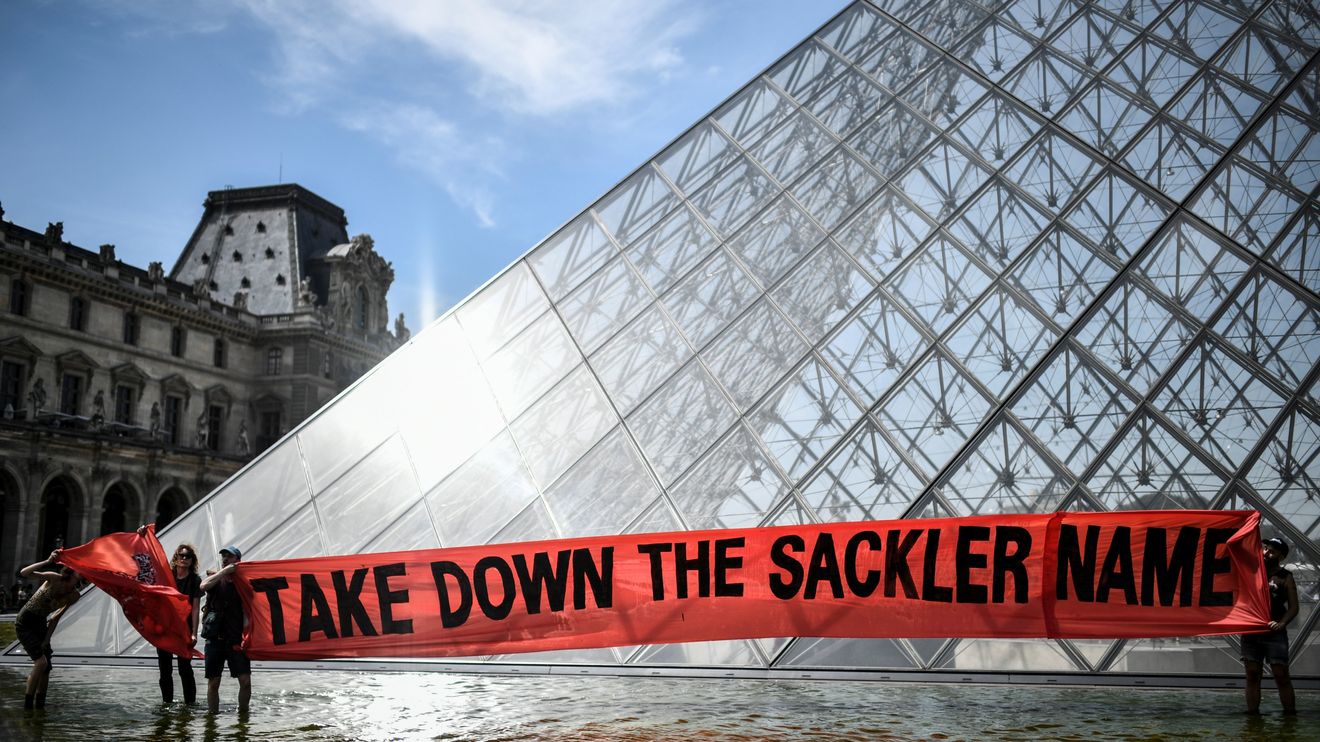 The family whose drug company helped usher in the widespread use of opioids will have to forfeit one of the privileges of wealth: having a building named after them.

Members of the Sackler family, owners of OxyContin maker Purdue Pharma, will be barred from putting their name on buildings, hospitals or other institutions that they donate money to under the terms of Purdue Pharma’s bankruptcy agreement. They’ll also be forced to relinquish control of two private charitable foundations that hold $175 million in assets.

“A family that has destroyed so many lives should not be able to put its name on our trusted institutions,” said Massachusetts Attorney General Maura Healey, the first attorney general to sue the Sacklers over their role in America’s opioid crisis. “You can’t buy your way to redemption or a good name, no matter how much money you have.”

Fifteen states that previously opposed the bankruptcy deal signed on to the agreement this week, which means the plan will most likely move forward. Under the agreement, the Sackler family will pay $4.5 billion over the next nine years to help prevent and treat opioid abuse in the states participating in the deal. Massachusetts will receive an estimated $90 million.

Some of the money will go to compensate individuals who were “victims of Purdue’s misconduct,” Healey said. Nearly 247,000 people in the U.S. died from overdoses involving prescription opioids between 1999 and 2019, according to the U.S. Centers for Disease Control and Prevention.

The Sacklers, a large family with branches in the U.S. and the U.K., are not admitting wrongdoing under the agreement, which protects them from future civil lawsuits. Purdue Pharma agreed to pay $225 million to the federal government last year after pleading guilty to federal criminal charges, the Associated Press reported. Members of the Sackler family will also pay the federal government $225 million, while admitting no wrongdoing, under a separate civil settlement.

“This resolution to the mediation is an important step toward providing substantial resources for people and communities in need,” said representatives for the Raymond and Mortimer Sackler families. “The Sackler family hopes these funds will help achieve that goal.”

The Sacklers, worth an estimated $10.8 billion as of 2020, have a long history of high-profile philanthropy in the U.S. and the U.K. and operate many private charitable foundations. Under the agreement, the family will lose control of two of them: The Raymond and Beverly Sackler Foundation and the Raymond and Beverly Sackler Fund for the Arts and Sciences, both based in New York. (Listed phone numbers for both were out of service.) Both have funded cancer research in recent years, according to their most recent tax filings. In 2018, the foundation spent $1.3 million on medical research at a lab in New Jersey, and also made $475,000 in grants to cancer research centers.

“
“You can’t buy your way to redemption or a good name, no matter how much money you have.”
”

Under the agreement, control of the foundations will be handed over to parties appointed by the bankruptcy court or to the trustees of the National Opioid Abatement Trust, a new entity that will be created as part of the settlement. The new operators will “be required to limit the purposes of the Foundations to purposes consistent with philanthropic and charitable efforts to ameliorate the opioid crisis,” according to the deal reached this week.

The agreement doesn’t bar the Slackers from making charitable donations, and it doesn’t require that the Sackler name be removed from existing buildings, a spokeswoman for the Massachusetts attorney general said. The ban on the Sackler name appearing on buildings is temporary. It will be in effect until the Sacklers fully pay the $4.5 billion, and have “exited, worldwide, all businesses that engage in the manufacturing or sale of opioids,” according to the agreement.

“They should not be reputation-laundering while at the same time paying to abate the opioid crisis they created,” Healey said of the nine-year ban.

But Oregon’s attorney general wanted the deal to go further. Attorney General Ellen Rosenblum said she couldn’t support the bankruptcy plan “because it allows the Sacklers to keep their fortune and avoid responsibility for the damage they’ve caused.” She added, “The last straw: their names would remain on museums and hospital wings — a daily insult to the families and loved ones who’ve suffered at their hands.”

The Sackler family name is a common sight on buildings at college campuses and major arts institutions, including the Metropolitan Museum of Art in New York City and, until two years ago, the Louvre in Paris. But as public awareness of the impact of the opioid crisis has grown, so too has criticism of the Sacklers’ philanthropy. New York Attorney General Letitia James said when she filed a 2019 lawsuit against the family that the Sacklers had “used their ill-gotten wealth to cover up their misconduct with a philanthropic campaign intending to whitewash their decades-long success in profiting at New Yorkers’ expense.”

The Metropolitan Museum of Art, which has a Sackler Wing, said in 2019 that it would no longer accept donations from the family. The museum is currently reviewing whether to remove the name from the premises, a spokesman said. “We are watching the development of this case very closely, and once we know what has actually been decided, we will take appropriate action to further the Museum’s mission,” the spokesman told MarketWatch.

Some institutions, including Tufts University in Boston, have removed the family name from buildings. That prompted a letter from a lawyer for the Sackler family, who said the removal was unfair and violated agreements made between the family and the university to obtain funding from the Sacklers, the New York Times reported.

Scrutiny of the Sacklers is just one thread in a broader debate over elite philanthropy. While devoting billions of dollars to solve society’s toughest problems, it can also burnish the reputations of billionaires who, to some critics, profit off inequality and injustice. Some institutions have struggled with whether to accept money from “tainted donors” such as financier Jeffrey Epstein, who donated millions to Harvard University, MIT and other nonprofits both before and after he pleaded guilty to soliciting under-age girls and registered as a sex offender.

Institutions often dangle “naming rights” — the right of a donor to put their name on a building — to reel in large contributions for expensive capital projects.

Putting limits on the Sacklers’ philanthropic activities as part of the settlement “seems to affirm what has been one of the central themes of the debates over tainted money,” said Ben Soskis, a research associate in the Center on Nonprofits and Philanthropy at the Urban Institute and co-founder of HistPhil, a blog about the history of philanthropy.

A philanthropic gift might be a private contract between two entities, Soskis said, but “the public still has a significant interest” in the relationship between the donor and the institution “because of how the reality and persistence of the gift relationship (etched in stone, as it were), can shape public attitudes toward the donor and toward the means by which the donor’s wealth was accumulated.”