prices appear to be recovering after Simplex announced the listing of ADA.

Payment processing solutions Simplex revealed it would add Cardano to its list of supported cryptocurrencies to meet a surge in retail demand for ADA.

One of Visa's (NYSE:) principal members, Simplex, announced that it would add Cardano to its list of supported cryptocurrencies.

Thanks to Simplex’s integration, users will be able to purchase this altcoin using their debit or credit card, Apple Pay, SEPA, or SWIFT transfers. Cardano’s rising popularity and development activity were among the primary drivers behind the addition. Simplex said:

“The renewed interest in Cardano is the product of a loyal social media following, a thriving community, and landmark achievements. As its popularity and appeal keep rising, both investors and developers will continue to explore new boundaries,” affirmed the EU-licensed financial institution.

A spike in buying pressure around the current price levels could help Cardano recover from the losses incurred over the past week.

The protocol currently trades above a significant support cluster. It comprises the 100, 200, and 50 four-hour moving averages and the 50% Fibonacci retracement level at $1.24.

Though the Tom DeMark (TD) Sequential indicator recently presented a sell signal, such a significant support wall could deter the bearish formation. Invalidation would materialize in the form of a 4-hour candlestick close above the 61.8% Fibonacci retracement level at $1.31. 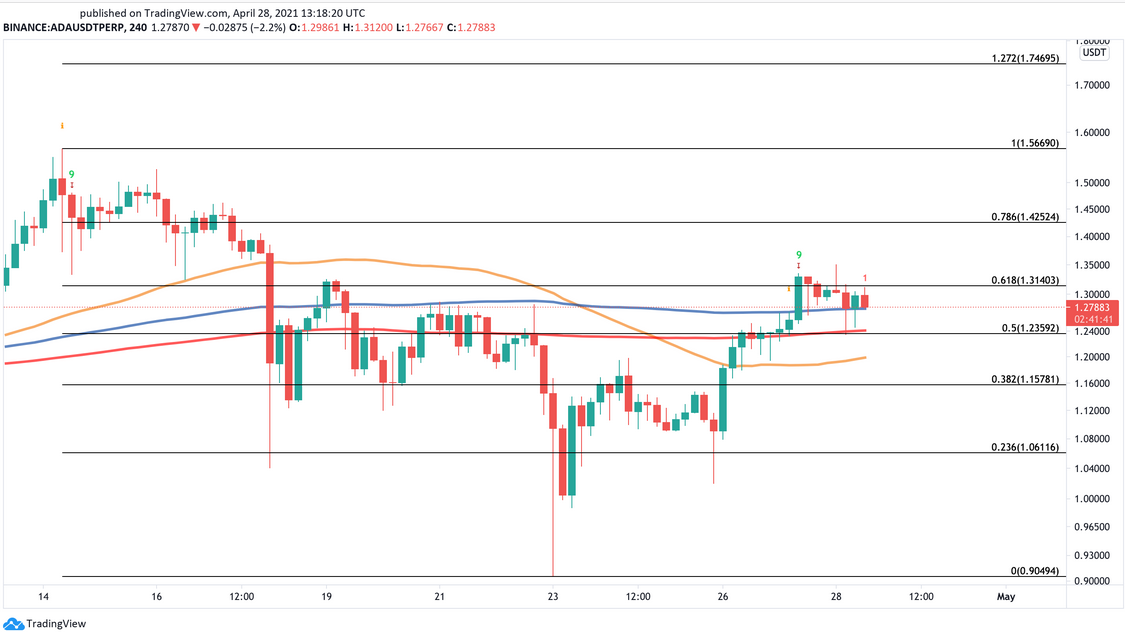